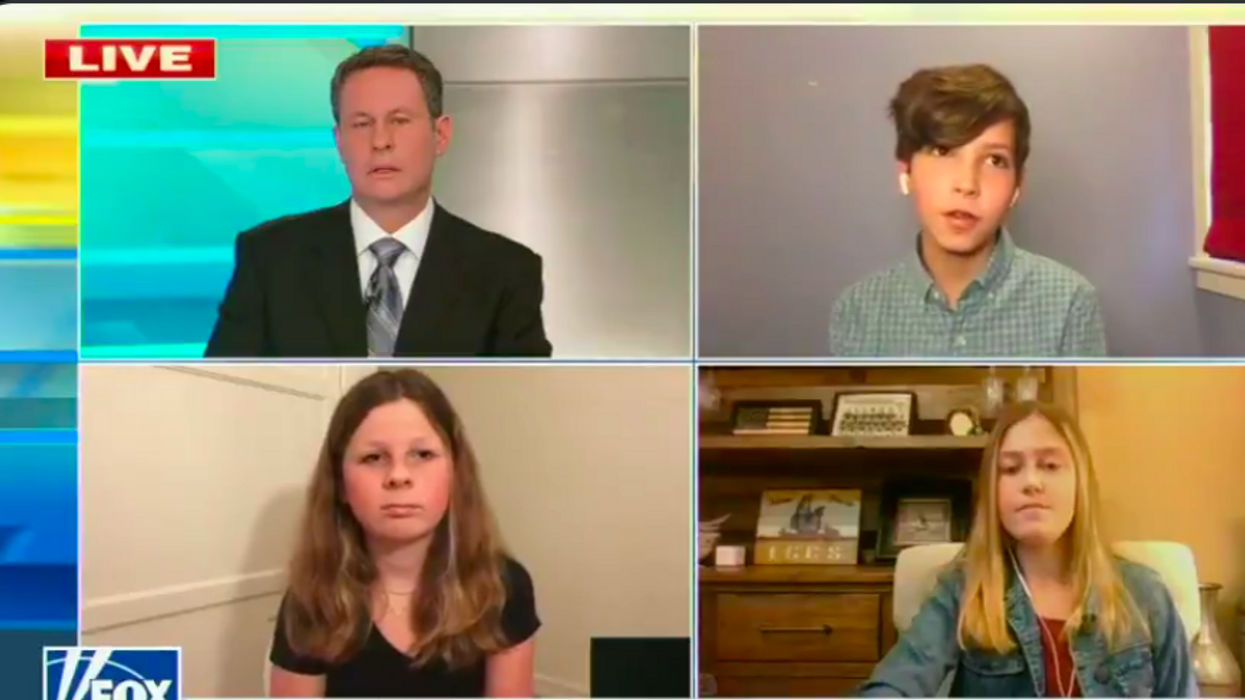 Image via Screengrab.
David Badash
and
History News Network
May 05, 2021

Kilmeade, as Mediate reports, told on California student, eighth-grader Lilly Rauzon, "Your numbers are the lowest in the country. You should be back in school right now. The danger's infinitesimal."

Politicizing his conversation with her even further, Kilmeade told her to blame "your politicians and your unions" after she said she had not learned anything since March of 2020.

Philadelphia sixth-grade student Mason Seder praised his teachers for doing a "great job," but added, "its not what it could be if you're in person."

When Kilmeade asked him what he misses most about in-person learning, Seder offered a positive assessment, one that clearly angered the Fox News co-host and disrupted his attempts to indoctrinate the children.

"I miss, most obviously, seeing my friends and all the after-school activities that I have done," Seder told Kilmeade. "I think we are very, very close getting back to school. And I think that the way that our new president is handling things is a very good way, and we would not have gone to this if it were still the last president."

One of the other students appeared to nod in agreement as Seder offered support to President Biden.

"Really? That's hard to believe because the last president was saying 'I want every kid back in school.'"