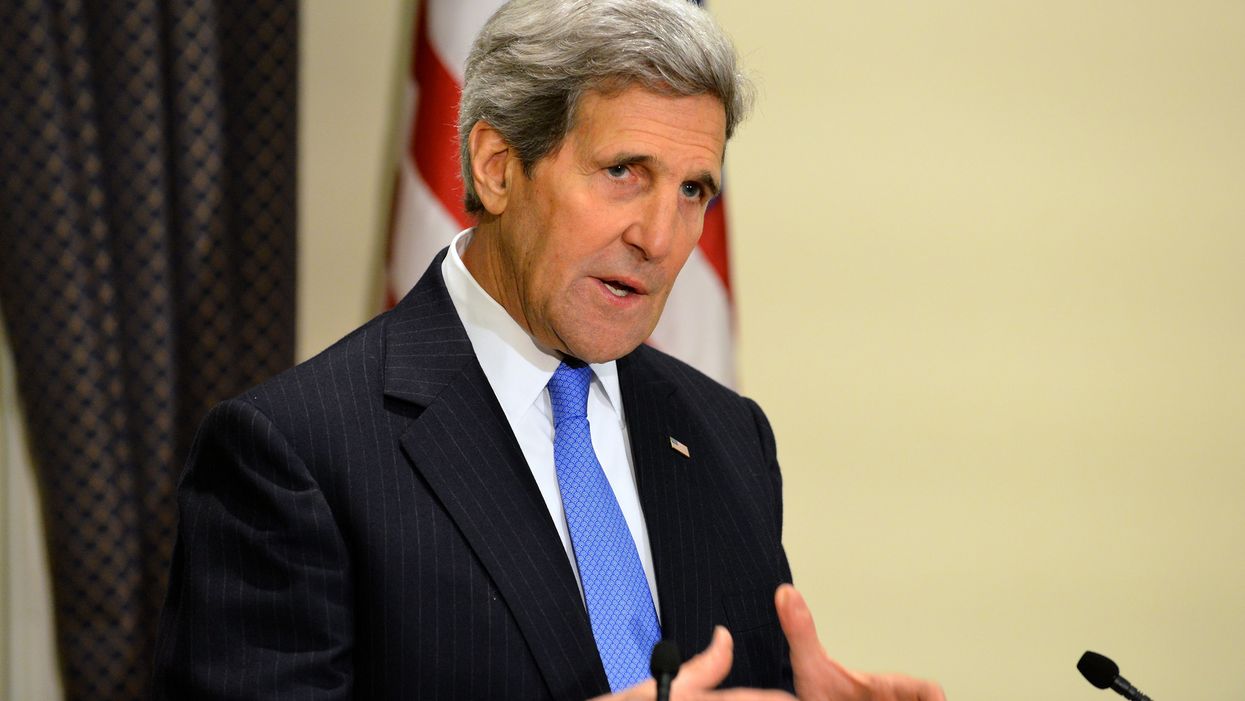 Image via US. State Department.
Andrea Germanos
and
Common Dreams
May 05, 2021

John Kerry, President Joe Biden's Special Presidential Envoy for Climate, said Tuesday that "we just have to end the subsides" for fossil fuels to tackle the climate emergency.

Kerry made the remarks during a virtual panel—entitled "aising the Bar on Climate Ambition: Road to COP 26"—which was part of the Asian Development Bank's annual meeting.

"It's illogical," Kerry said of the subsidies, "at a moment we all know we have to incentive alternative, renewable, sustainable" energy.

He added that "technology necessary for about 50% of the [emissions] reductions is not yet available. It's going to come from future technology," he said. "How do we do that? We need incentives."

"You must create incentives for the right behavior, not the wrong behavior, and we have still have [fossil fuel subsidies] in the United States. We're going to try to end them," Kerry said. "They've got to be ended everywhere around the world."

The pledge to no longer prop up the dirty industry—long a demand of the climate movement—follows the White House's proposed repeal of fossil fuel subsidies.

The Made in America Tax Plan "would end long-entrenched subsidies to fossil fuels, promote nascent green technologies through targeted tax incentives, encourage the adoption of electric vehicles, and support further deployment of alternative energy sources such as solar and wind power," the document states. Cutting off the subsidies "would increase government tax receipts by over $35 billion in the coming decade."

But, according to Greenpeace USA senior climate campaigner John Noël, that's not enough.

"Fossil fuel corporations receive $15 billion in direct subsidies from the federal government every year. Not a dime of our tax dollars should go towards corporations that poison our communities and wreck our climate," Noël said last month.

He pointed to proposed End Polluter Welfare Act, "which would save taxpayers $150 billion over the next decade and allow us to invest in the clean energy economy of the future."

"We want 100% renewable energy by 2030 that creates millions of jobs," she said. "The best way to decrease carbon emissions is to ensure a just transition and keep fossil fuels in the ground."

"Emissions are going up, we are on the wrong track—people are building back from Covid as if there were no reason to be thinking differently," said Kerry.