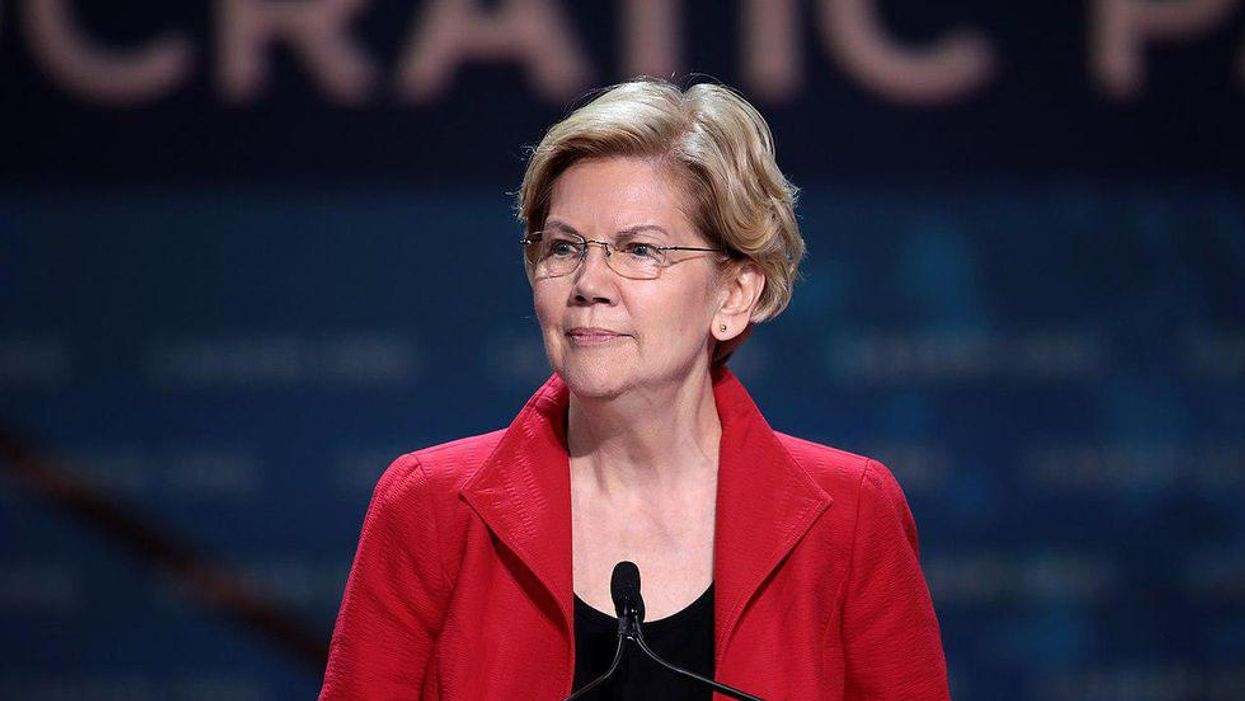 Senator Elizabeth Warren of Massachusetts introduced legislation Monday that would nearly triple the Internal Revenue Service's budget to strengthen the agency's ability to pursue "wealthy tax cheats" who are dodging their obligations—and depriving the federal government of trillions of dollars in revenue.

Titled the Restoring the IRS Act of 2021 (pdf), Warren's bill would provide the IRS with $31.5 billion in mandatory annual funding instead of leaving most of the agency's yearly budget up to the discretion of lawmakers who have frequently opted to cut it in recent years, resulting in far fewer audits of the rich.

"Since 2010, the IRS enforcement budget has declined by more than 20% and the agency has lost one-third of its enforcement personnel," Warren's office notes in a summary of the new bill. "As enforcement resources have declined, so have the agency's audits of millionaires and giant corporations. Audit rates for the very richest taxpayers, those with incomes over $10 million, are nearly 80% lower than they were a decade ago, while audit rates for corporations with more than $20 billion in assets have fallen by nearly half."

Warren's office estimated that if passed, the Restoring the IRS Act would bring in $1.75 trillion in revenue over a decade.

In a statement, Warren said that "for too long, the wealthiest Americans and big corporations have been able to use lawyers, accountants, and lobbyists to avoid paying their fair share—and budget cuts have hollowed out the IRS so it doesn't have the resources to go after wealthy tax cheats."

"The IRS should have more—and more stable—resources to do its job," Warren added, "and my bill would do just that."

According to an analysis published in March by a team of IRS researchers and academics, the top 1% of U.S. households don't report around 21% of their income, in some cases using "sophisticated evasion" tactics to avoid paying the federal taxes they owe. The researchers calculated that 36% of unpaid federal income taxes are owed by the top 1%.

During an event earlier this month, Treasury Secretary Janet Yellen suggested that tax dodging could cost the federal government roughly $7 trillion in revenue over the next ten years.

To more fully document the extent of tax evasion in the U.S., Warren's legislation would require the IRS to produce an annual report on the so-called tax gap, the difference between taxes owed and taxes paid. The bill would also mandate that the IRS "create a plan, and report annually on implementation progress, to shift audits towards high-income, high-wealth tax filers and corporations."

The Massachusetts senator's proposal comes as President Joe Biden is pushing for an $80 billion increase in IRS funding and an expansion of agency staff over the next decade as part of his infrastructure package—an idea that is drawing backlash from Republican lawmakers and right-wing organizations.

As Politico reported Monday, "Conservative groups have launched a campaign of TV ads, social media messages, and emails to supporters criticizing the proposal to hire nearly 87,000 new IRS workers over the next decade to collect money from tax cheats."

"So you're telling me they're against catching tax cheaters?" Rep. Ro Khanna (D-Calif.) mockingly asked in response to the conservative campaign. "Pretty bold move, GOP."