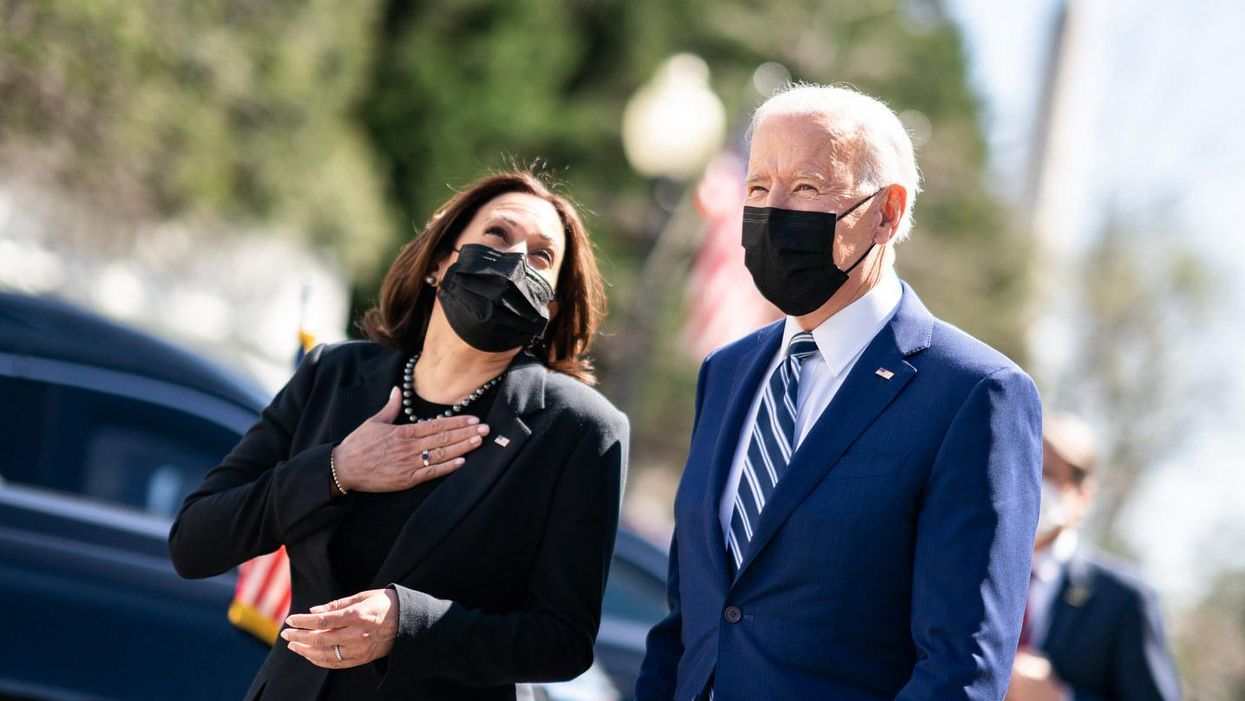 Political scientists released last month a pre-print entitled "Racial Equality Frames and Public Policy Support: Survey Experimental Evidence." Its findings traveled widely across social media and were reported in multiple press outlets, from the New York Post to the Times. Jonathan Chait, from New York magazine, tweeted, "Democrats lose support when they frame their ideas as anti-racist," a post which was shared by a reporter from NBC News. The message, according to journalists, was clear: If the Democrats mention race in campaign messaging, it will hurt them electorally.

The passionate reaction to the research paper was likely inspired by a decades-long debate. How should Democrats tailor their messaging? Does talking about social justice, especially anti-racism, hurt them? These questions found new life during the 2016 Democratic primary, as well as in the aftermath of Hillary Clinton's loss to Donald Trump. Perhaps, some posited, Clinton's loss was due to so-called "economic anxiety" among white working-class voters, a claim that has since been debunked. Or perhaps Democrats' demise was tied to an over-emphasis on racism and other issues of social justice, such as LGBTQ rights. Given this background, it's unsurprising that this new research was met with enthusiasm. It fit nicely within an existing narrative.

There was, however, one small problem: people almost universally misinterpreted the results. The researchers did not, in fact, find broad evidence that mentioning race was detrimental to support for Democratic policies. So what did they actually find?

The researchers recruited 5,089 participants and exposed them to Democratic policies on issues ranging from climate change to housing to Medicare. Participants read policy descriptions that were either neutral or framed in terms of class, race or class+race. Participants ranked approval on a scale of 1-7 (strongly agree to strongly disagree). The researchers compared responses between the neutral condition and the conditions of class, race or class+race. If a given frame induced responses significantly more positive or negative than the neutral condition, the researchers could infer that the frame increased or decreased policy support. Let's take a look at the results.

What do these results mean? If we look at all Americans, class-framing might subtly increase support for a policy. But mentioning race does not decrease support. The only case in which an actual detrimental effect was observed was for Republicans. And yet it was widely reported that if the Democrats campaign on race, it will hurt them.

How should Democrats incorporate these findings? Perhaps they could exploit the fact that class-framing can increase support for any given policy. Maybe such framing could be of particular use in specific states or congressional districts. Democrats should not, however, infer that mentioning race or racism is detrimental. At least, not unless they are concerned with avoiding backlash among Republican voters.

Furthermore, moving beyond this one study, there are complex effects in political messaging that occur outside of specific policy frames. For example, Democratic rhetoric doesn't occur in a vacuum. It occurs alongside Republican messaging. As some experts pointed out to the Times' Thomas Edsall, since the Republicans are explicitly racist, it could harm the Democrats if they are not explicitly anti-racist.

We should also consider real-world results. For example, after the 2016 election, many posited that Democrats should de-emphasize social justice. As a national party, Democrats did the opposite and proceeded to a historic victory in the 2018 midterms.

Not only did Democrats win while explicitly championing social justice, they won with diverse candidates. Sharice Davids, a Native American LGBTQ woman, flipped a seat in Kansas. Lucy McBath, a Black woman, flipped Newt Gingrich's old seat in Georgia. And, although we lost the Texas senate race, Beto O'Rourke came within two points of Ted Cruz, a margin that was previously unimaginable. O'Rourke achieved this while embracing racial justice, stating, "I can think of nothing more American than to peacefully stand up, or take a knee, for your rights, anytime, anywhere, in any place."

We can also see these effects beyond the 2018 midterms. The transformation of Virginia—the heart of the old confederacy—is notable. Democrats there have won the Holy Grail: the legislature as well as the governorship. With that, Virginia Democrats have advanced an agenda that is economically and socially progressive, including expanding Medicaid, passing LGBTQ protections, and banning hair discrimination. Joe Biden went on to win Virginia by a historically large margin in 2020. Has there been a backlash? Probably somewhere. But Democrats are still winning elections.

We should also consider the entirety of the 2020 election. In the wake of George Floyd's murder, as protests erupted across the country, there were murmurs about 1968. Would these anti-racism protests be Democrats' downfall? Some went so far as to suggest that Joe Biden should have a "Sister Souljah moment"—the idea that Biden needed to throw at least a few Black people under the bus to counteract the swell of anti-racist sentiment. But Biden was steadfast in his support for racial justice and proceeded to not only win the election, but flip Arizona and Georgia.

What does this all mean? Well, first, that many misinterpreted the results of a scientific study and argued, without evidence, that mentioning race in policy-framing was detrimental. Fact is, it showed a backlash among Republicans only. Next, while this research is of real value, no one should view a single study as the last word. We should consider its findings as one piece of a larger puzzle that includes real-world results.

Finally, when considering all of this information, Democrats and journalists alike should also ask Black Americans about their opinions on how to emphasize race in policy. Black voters are, after all, the base of the Democratic Party, the reason the party has any power in the first place. Their support should not be taken for granted.