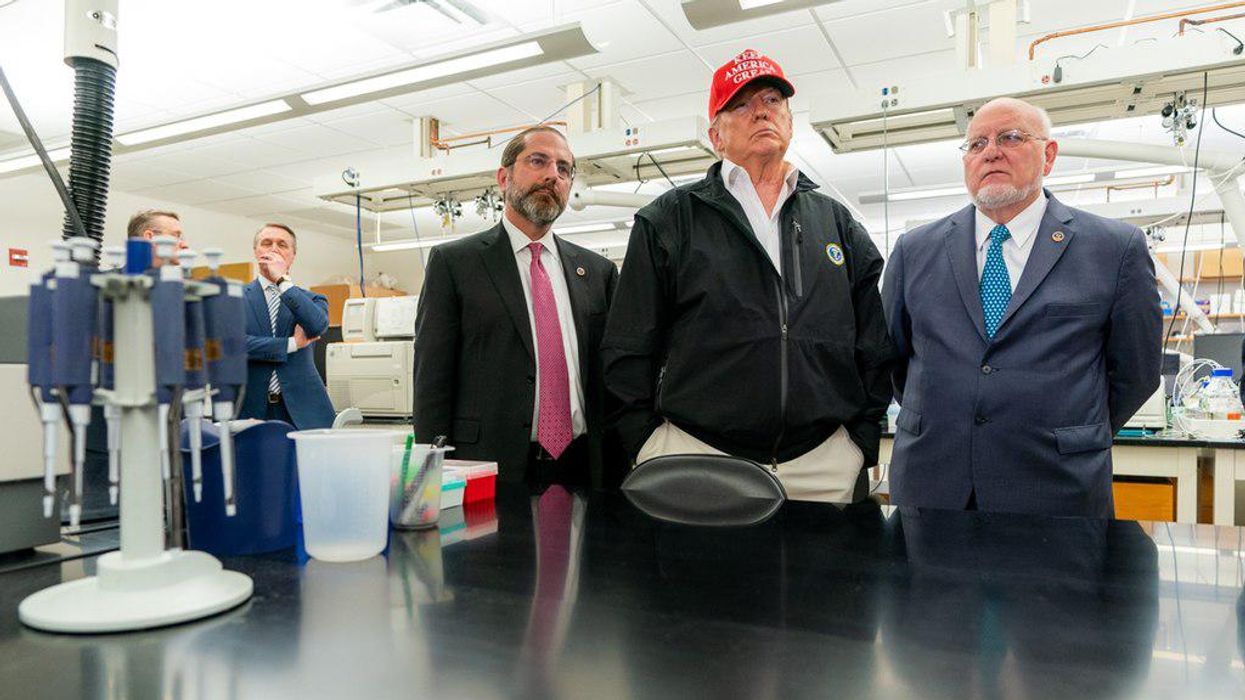 Although the COVID-19 death count is sobering — almost 3.4 million people have died from COVID-19 worldwide, according to Johns Hopkins University in Baltimore — there is reason for optimism in the United States as more and more Americans get vaccinated for the novel coronavirus. Over half of U.S. residents have been at least partially vaccinated. Nonetheless, the U.S. has had more COVID-19-related deaths than any other country in the world. And journalist Nina Burleigh, in an article published by The Nation on May 17, looks back on former President Donald Trump's efforts to undermine the Centers for Disease Control and Prevention at a time when the COVID-19 pandemic was going from bad to worse.

The CDC's COVID-19 response, according to Burleigh, was undermined by far-right white evangelical fundamentalists on one hand and Koch Brothers-like corporatists on the other.

Burleigh notes that the CDC, for many years, was viewed as "the global model of excellence for public health" in many other countries. But during the Trump era, she points out, the CDC was "not so popular" among Trump's supporters — even when COVID-19, during the spring of 2020, was becoming increasingly deadly.

"The CDC was everything evangelical Christian fanatics wanted to root out," Burleigh explains. "The agency took a common-sense approach to reproductive health and sex education. Its work in the world of sexually transmitted diseases — as well as, eventually, its alliance with Planned Parenthood — sometimes brought it onto the battlefield of the culture wars."

In March 2020, according to Burleigh, "No one could quite believe the federal government of the United States was standing down in the hour of the nation's greatest need." And Burleigh argues that both religious extremists and Koch-style corporatists negatively influenced the Trump Administration's COVID-19 response.

Burleigh points out that in her book "The Shock Doctrine," Canadian author Naomi Klein addresses what she calls "disaster capitalism" — and in 2020, Burleigh says, "The Shock Doctrine" was very much at work with the Trump Administration's COVID-19 response.

"In 'The Shock Doctrine,' Naomi Klein wrote that a strategy of late-stage capitalism is to use — or, if not available, to create and then use — chaos to give the free market a reboot," Burleigh explains. "The chaos playbook is simple, but it requires certain preconditions. Besides a disaster, it needs blind or nonexistent oversight. The Trump regime provided this in the form of no-bid contracts to a small group of large health care suppliers, let them determine distribution, and brought on MBA mini-me 'volunteers' to supposedly coordinate this effort…. As hospital workers pleaded for help, the White House maintained its focus on its conviction that private enterprise was the way out of this disaster."