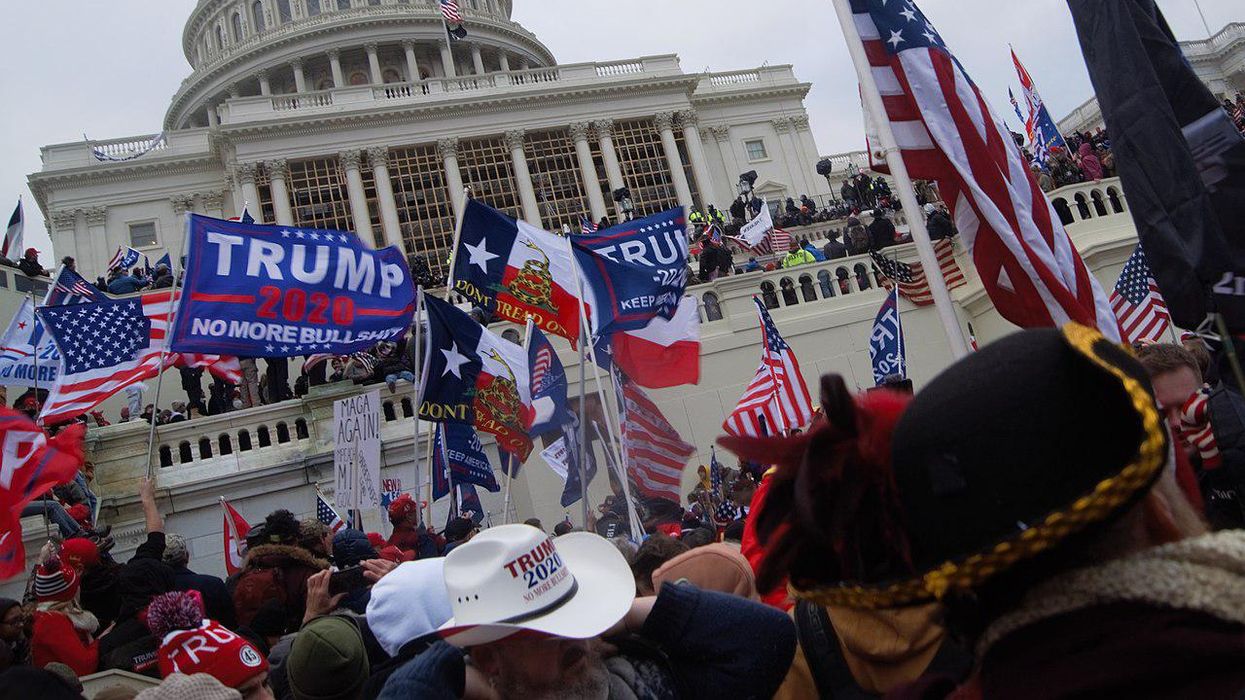 A common talking point among far-right Trumpistas — from Sen. Josh Hawley of Missouri to Rep. Matt Gaetz of Florida — is that Corporate America, especially big tech, has it in for Republicans and is using "cancel culture" in an effort to bully them into silence. Hawley, in his fundraising e-mails, has claimed that "woke" corporations are "canceling" him for promoting election security. But according to a new report by the watchdog group Citizens for Responsibility and Ethics in Washington, corporate dollars have been flowing, in a big way, to Republican "insurrectionists" in Congress who voted against certifying President Joe Biden's Electoral College victory over former President Donald Trump in the 2020 election.

CREW members Robert Maguire and Caitlin Moniz, in an article published by its website this week, explain, "In just the first few months since the (January 6) insurrection, corporate and industry PACs have contributed more than $2.6 million to campaigns, leadership PACs, and party committees allied with the 147 members of Congress who fed the Big Lie that led to the deadly attack on the Capitol. In all, 170 business PACs — some of which had previously committed to stop giving — have donated to political committees that support and defend the members who voted not to certify the election results."

The many Senate and House Republicans who voted against Biden's Electoral College certification have been slammed as "the Sedition Caucus" by Democrats as well as by some Never Trump conservatives. And Corporate America, according to CREW, has been generous with Republicans who promoted the Big Lie.

"So far, at least 103 of the 147 members of the so-called Sedition Caucus, along with the two main GOP congressional party committees, the (National Republican Senatorial Committee) and (National Republican Congressional Committee), have benefited from corporate giving after January 6," Maguire and Moniz note. "The ten members with the most corporate donations as of the end of March, which is the latest date for which data is available, have netted more than $22,000 each from an average of ten business PACs per member."

Maguire and Moniz cite Rep. Glenn Thompson of Pennsylvania as a member of the GOP "Sedition Caucus" who received "$44,000 from 17 corporations and industry groups." Another Republican they mention is Rep. Blaine Luetkemeyer of Missouri.

"The NRCC and NRSC — the two main party committees backing Republicans in the House and Senate — have brought in a combined $1.7 million from PACs tied to more than 57 companies and industry groups," Maguire and Moniz note. "The list includes household names like Pfizer, Intel, T-Mobile, and CVS, as well as PACs tied to trade groups that represent industries as varied as real estate, mortgage banking, and insurance agents."

Another company mentioned in CREW's report is Cigna.

According to Maguire and Moniz, "The health insurer Cigna…. released a statement after the insurrection saying that it would "discontinue support of any elected official who encouraged or supported violence, or otherwise hindered a peaceful transition of power." But within a month, its PAC was back to making contributions, starting with a $15,000 contribution to the NRSC — soon followed by another $15,000 to the NRCC."