Why Brad Raffensperger's troubles are a sign of problems to come for non-extremist conservatives: columnist 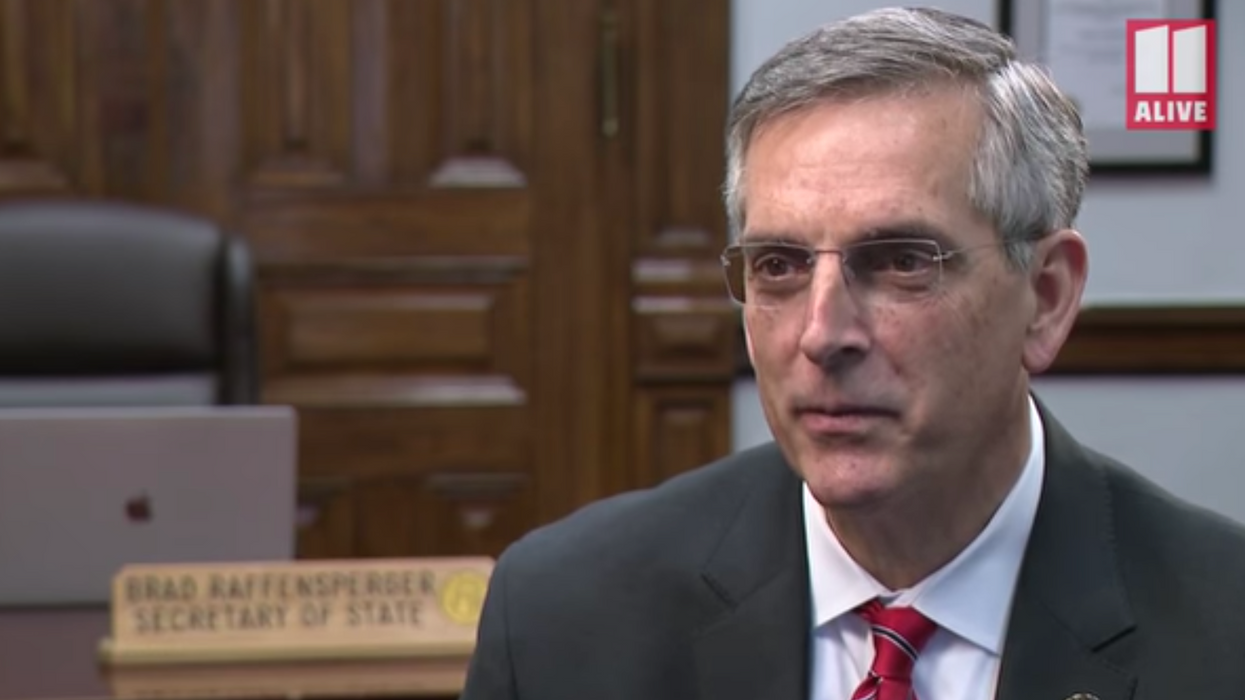 In Georgia, Secretary of State Brad Raffensperger is facing an aggressive primary challenge from Rep. Jody Hice, a far-right Republican who backs President Donald Trump's false claims of widespread voter fraud in the 2020 election. Liberal Washington post opinion writer Greg Sargent, in a column published this week, cites Raffensperger as a prime example of the fact that non-extremist conservatives can never win when extremists are involved.

"In future history courses on the GOP's slide into hyper-radicalization," Sargent writes, "one of the most illuminating readings will surely be these extraordinary new public comments from Georgia Secretary of State Brad Raffensperger. They capture the challenge that well-meaning Republicans face in holding back their party's ongoing abandonment of democracy, in a particularly unsettling way."

Sargent notes that in Georgia, pro-Trump Republicans are pushing a "buffoonish inspection of ballots" led by a conspiracy theorist — and Raffensperger is going along with it in the hope of proving them wrong.

"After Raffensperger attested to the integrity of Trump's loss and staunchly resisted Trump's pressure to reverse it," Sargent writes, "this is jarring. Raffensperger explained his support for the inspection in a long interview with the New York Times. Showing as much 'transparency' as possible, he said, will help restore 'voter confidence' in the 2020 outcome. But this perfectly captures the core problem. It presumes that those claiming the election was stolen from Trump can be reasoned into accepting his 2020 loss via more transparency and a continuing appeal to facts."

As Raffensperger sees it, he is humoring Trump supporters in an effort to show that now-President Joe Biden won Georgia fair and square. But according to Sargent, "This misses the whole point of such efforts, which is to manufacture ways to cast doubt on electoral outcomes in conscious and deliberate defiance of what full transparency and the facts reveal. We need to forthrightly confront whether a broader movement is developing, in which such moves are really dry runs at manufacturing fake justifications for subverting future electoral losses by any means necessary."

Raffensperger told the Times, "Whenever we can restore, or have a process that will help restore, voter confidence, I think that's a good thing…. (The Georgia inspection will) get the same results we got after November. And then, we can hopefully put this to bed."

But extremists, Sargent warns, will not be willing to "put this to bed."

"There is a real movement underway in Georgia to delegitimize the 2020 outcome there," Sargent writes. "This is exactly why Raffensperger is under such heavy fire from Republicans. Consider this: Raffensperger is facing a primary challenge from Rep. Jody Hice, who has been endorsed by Trump on the specific grounds that he'll use his official power to subvert future election results that Republicans hate, in a way Raffensperger would not. This is Hice's whole rationale for running!"

Sargent discussed Raffensperger's challenges with Daniel Ziblatt, a historian at Harvard University. According to Ziblatt, humoring extremists in the hope of trying to prove them wrong does not end well.

Ziblatt told Sargent, "Anytime you have a conservative who feels the need to appease their radical base, they think they can ride it out. In the process, they legitimize that radical base, to their own demise."