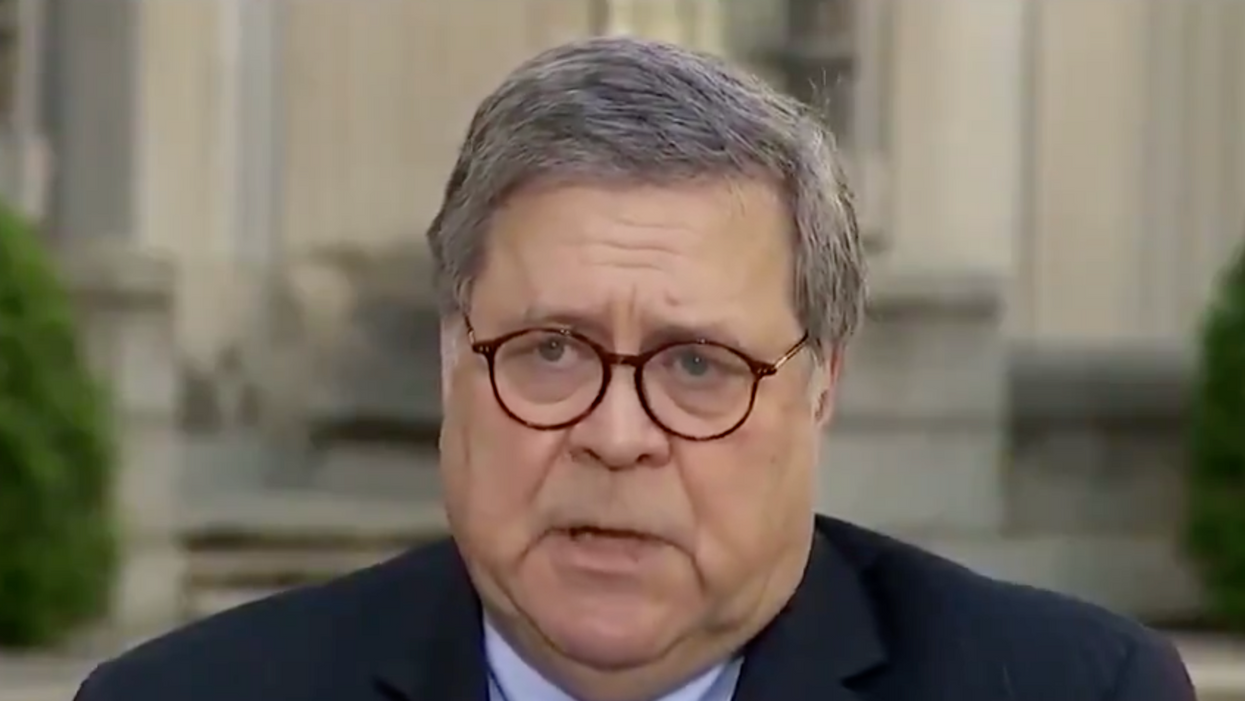 Attorney general Merrick Garland is fighting the release of documents on his predecessor's decision not to charge former president Donald Trump with obstruction, and legal experts tried to figure out his reasoning.

The Department of Justice released portions of a legal memo concluding that Trump did not commit obstruction of justice in special counsel Robert Mueller's probe, but the Biden administration filed an appeal seeking to keep much of that document secret despite a judge's order requiring it to be released in full.

"I have a theory about the content of part two of the 2019 memo to Barr on whether the Mueller report provided enough evidence to prosecute Trump fit obstruction," tweeted Jennifer Taub, a professor at the Western New England University School of Law. "This is the part @TheJusticeDept is holding back."

Taub would prefer the memo be released in its entirety, but she explained that doing so could place pressure on Garland to clarify whether he believes President Joe Biden could obstruct justice -- and pressure him to say whether there's enough evidence to charge Trump.

"Keep in mind both things can be true," Taub tweeted. "The memo could have both the constitutional argument and the following as well. In the second scenario, the redacted portion analyzes some or all of the obstructive acts identified in volume two of the Mueller report. If the memo concludes that there would be enough evidence to charge Trump this would put pressure on Justice to do so now. Such a pressure would exist even if such an analysis was qualified at all times by the claim that the constitution protected him from acts committed while in office."

In the second scenario, the redacted portion analyzes some or all of the obstructive acts identified in volume two… https://t.co/7iGUIiFYz1
— Jennifer Taub (@Jennifer Taub) 1621942282.0

If Garland determines that none of Trump's actions meet the prosecutorial standard for obstruction, that could harm the department's ability to prosecute other obstruction cases going forward.

"Releasing and doing nothing would undermine not just obstruction prosecutions but also undermine the ability to investigate ordinary crimes as people would be less willing to cooperate," Taub tweeted. "Yet if released, there would be pressure to clarify to say that the memo was wrong. And then, this would mean that there was sufficient proof to bring an obstruction case against Trump now. This would put pressure to bring the case."

"Releasing Barr's OLC reasoning would create pressure for Garland to say if the memo is right or wrong," Rangappa tweeted. "If 'wrong,' then there will be pressure to take action re Trump. If it is 'right,' that has ramifications for the 'official position' of DOJ on obstruction — by either the President (whoever may be occupying the office) or even for ordinary cases they may want to prosecute (defense lawyers could say, 'but you agree that x, y, z isn't obstruction,' complicating cases."

"Another way to look at it is (in a light most favorable to Garland)," she added. "They don't want their own decisions pressured/influenced by a poorly reasoned opinion of a prior admin. If it's kept internal, they can have more latitude to evaluate the issues anew, by their own lawyers."