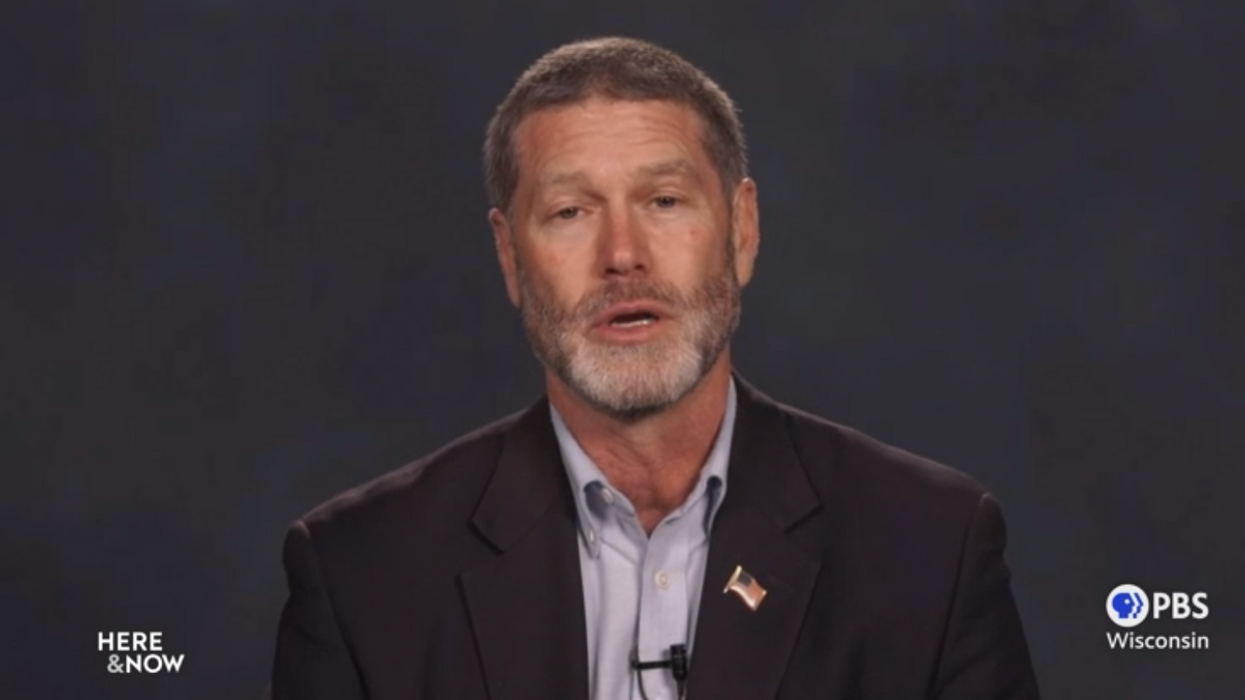 The leading Democratic recipients of pharmaceutical industry cash in Congress are refusing to endorse calls for a temporary suspension of patents for coronavirus vaccines and therapeutics, an indication of Big Pharma's influence as it lobbies aggressively in Washington and elsewhere to maintain monopoly control over production.

HuffPost's Daniel Marans reported late Monday that 110 House Democrats have signed on to a letter—led by Rep. Jan Schakowsky (D-Ill.)—calling on President Joe Biden to support India and South Africa's proposed vaccine patent waiver at the World Trade Organization (WTO), which is set to consider the idea again this week. The letter is set to be unveiled on Tuesday.

Citing the latest campaign finance data from the Center for Responsive Politics, Marans noted that "none of the nine House Democrats among Congress' top 25 recipients of donations from pharmaceutical industry PACs in the 2020 election cycle have signed the letter."

"Democratic Reps. Scott Peters (Calif.) and Ron Kind (Wis.)—Nos. 7 and 19, respectively, on the top 25 list—have actually solicited support for another letter to Biden asking him to not waive the intellectual property rules," Marans pointed out.

Sen. Chris Coons (D-Del.), the top recipient of pharma PAC money among Senate Democrats, has refused to join Sen. Bernie Sanders (I-Vt.) and nine other colleagues in urging Biden to endorse the patent waiver, which would lift a key legal barrier preventing generic manufacturers from mass-producing vaccines for the developing world.

Other Democratic opponents of the patent waiver have similarly framed the issue in ways that closely resemble pharmaceutical industry messaging, as Marans reported Monday.

"A spokesperson for Rep. Robin Kelly of Illinois (No. 17) provided a statement that mirrored what the pharmaceutical industry itself has been saying in opposition to the temporary waiver: That it would not alleviate the current shortage of vaccines," Marans noted.

"It is not clear that the currently proposed broad TRIPS waiver is the fastest method to accomplish this, given manufacturing intricacies and access to raw materials," spokesperson Rachel Kingery said. "Congresswoman Kelly believes U.S. companies should step up domestic production, assist other nations in the development of effective Covid-19 vaccinations, and increase funding to COVAX to protect global health."

While acknowledging that a patent waiver would not be sufficient in itself, experts have disputed pharmaceutical industry talking points that try to divert attention way from IP protections by blaming other factors for production shortages and massively unequal global distribution, such as lack of technical know-how and inadequate manufacturing capacity in developing countries.

"Many people are saying, 'Won't they need the secret recipe?' That's not necessarily the case," Tahir Amin, a founder of the nonprofit Initiative for Medicines, Access, and Knowledge, told the New York Times on Monday. "There are companies that feel they can go it alone, provided they don't have to look over their shoulder and feel like they are going to take someone's intellectual property."

And as The Intercept reported last week, "Factory owners around the globe, from Bangladesh to Canada, have said they stand ready to retrofit facilities and move forward with vaccine production if given the chance."

"Abdul Muktadir, chair and managing director of Incepta, a pharmaceutical firm based in Dhaka, Bangladesh, has told reporters that his firm has the capacity to fill vials for 600 million to 800 million doses of vaccine per year. He has reportedly reached out to Moderna, Johnson & Johnson, and Novavax," The Intercept noted. "Other firms in South Korea and Pakistan have also reportedly expressed an interest in producing vaccines or vaccine components."

On Wednesday and Thursday, WTO member nations will meet to discuss the patent waiver as the Biden administration privately debates whether to throw U.S. support behind the idea, which rich nations have blocked for months.

Dr. Anthony Fauci, Biden's top medical adviser on the Covid-19 pandemic, told the Times in an interview Monday that he "always respect[s] the needs of the companies to protect their interests to keep them in business, but we can't do it completely at the expense of not allowing vaccine that's lifesaving to get to the people that need it."

"You can't have people throughout the world dying because they don't have access to a product that rich people have access to," Fauci added.

Led by the Free the Vaccine coalition, activists plan to march on the National Mall in Washington, D.C. on Wednesday to demand that Biden and other world leaders to end their opposition to the patent waiver and provide all of the resources necessary to ensure vaccine access in developing countries.

"Millions in the Global South will not get Covid-19 vaccines until 2024," the coalition says on its website. "The Biden administration has an opportunity to make vaccines available by supporting the TRIPS Waiver at the World Trade Organization, as proposed by India and South Africa. Furthermore, the U.S. can and should invest money in scaling up global vaccine manufacturing."

Lori Wallach, director of Public Citizen's Global Trade Watch told HuffPost Monday that "the greed of pharma means that they are effectively blocking the manufacture of the necessary supply."

"Biden is getting quite good marks—even from a lot of Republicans—about how he's taken on Covid," Wallach said. "All of that positivity and the health gains could be lost if they're not paying attention and a vaccine-resistant variant ends up brewing someplace else, inevitably spreading worldwide and we all end up on lockdown again."