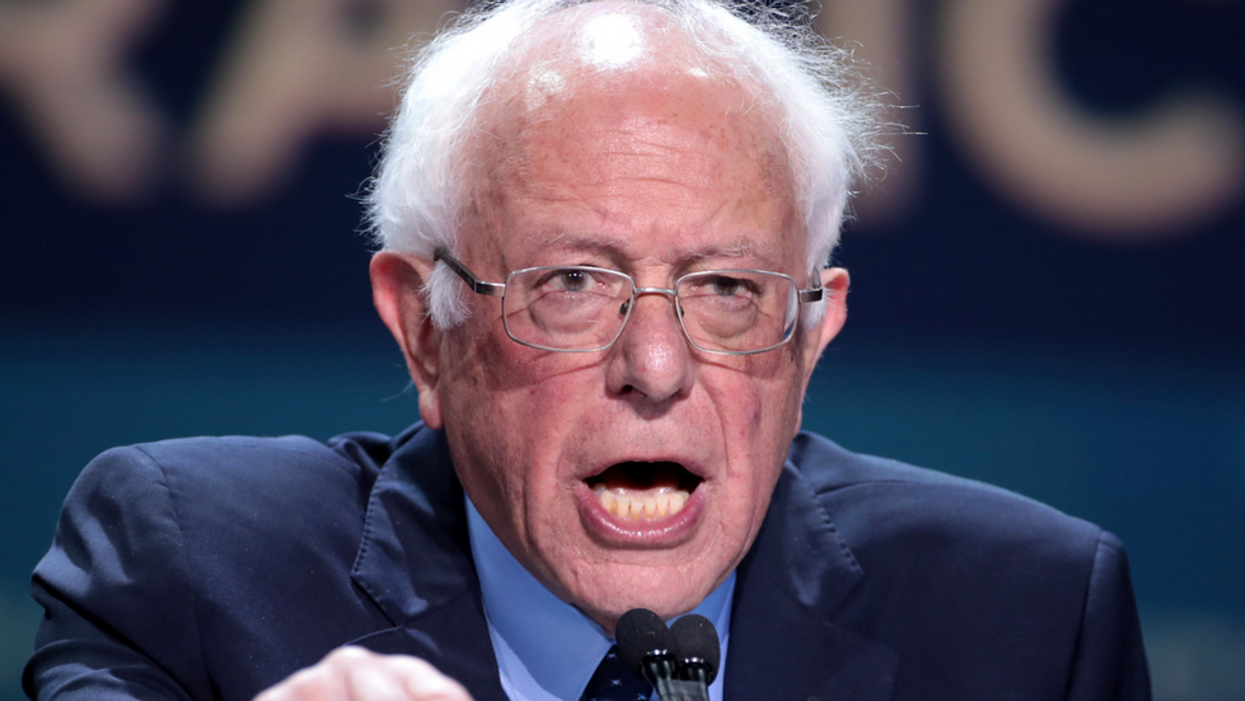 Offering further evidence that the rights of Palestinians are receiving more vocal support from U.S. Congress members than at any time in living memory, Sen. Bernie Sanders on Friday published an opinion piece in the New York Times demanding a more "even-handed" and morally consistent approach to Israel and Palestine that promotes peace.

Early in his essay, the Independent senator from Vermont posed a question: "Why do we only seem to take notice of the violence in Israel and Palestine when rockets are falling on Israel?"

Whenever this happens, Sanders noted, Democratic and Republican administrations declare, as President Joe Biden did earlier this week, that "Israel has the right to defend itself."

"Why is the question almost never asked: 'What are the rights of the Palestinian people?'" Sanders continued.

"Israel has the absolute right to live in peace and security," the lawmaker wrote, "but so do the Palestinians. I strongly believe that the United States has a major role to play in helping Israelis and Palestinians to build that future."

"While Hamas firing rockets into Israeli communities is absolutely unacceptable," Sanders wrote, "today's conflict did not begin with those rockets."

The senator proceeded to highlight just some of the recent steps taken by the Israeli government and settlers to violently oppress Palestinians living between the Jordan River and the Mediterranean Sea.

As examples, Sanders cited the forced expulsion of Palestinian families living in the Sheikh Jarrah neighborhood of East Jerusalem and elsewhere in the occupied West Bank as well as the ongoing blockade on Gaza that "makes life increasingly intolerable for Palestinians."

Sanders emphasized that "in the Middle East, where we provide nearly $4 billion a year in aid to Israel, we can no longer be apologists for the right-wing Netanyahu government and its undemocratic and racist behavior."

"We must change course and adopt an even-handed approach, one that upholds and strengthens international law regarding the protection of civilians, as well as existing U.S. law holding that the provision of U.S. military aid must not enable human rights abuses," wrote the senator.

"If the United States is going to be a credible voice on human rights on the global stage," he added, "we must uphold international standards of human rights consistently, even when it's politically difficult. We must recognize that Palestinian rights matter. Palestinian lives matter."