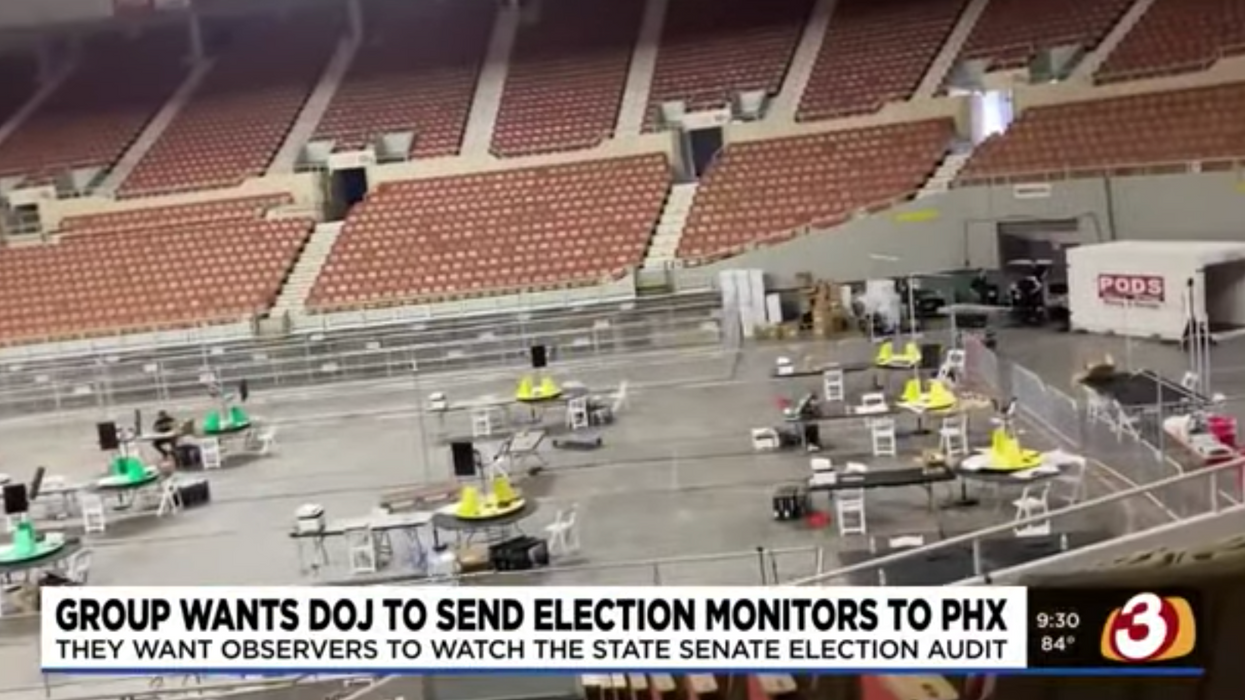 Image via Screengrab.
Tom Boggioni
and
Raw Story
May 03, 2021

Appearing on CNN early Monday morning, an Arizona lawyer who specializes in election law undercut the audit of 2020 presidential ballots from Maricopa County by an outside company looking for evidence of election fraud that might bolster Donald Trump's claim that the election was stolen from him.

Speaking with host John Berman, attorney Chris DeRose broke down the sloppy way it is being conducted and the chaos that surrounds it, agreeing the CNN host that it is a "mess."

"Arizona's Republican-controlled audit of nearly 2.1 million votes in the 2020 election is now entering the third week with no definitive end in sight. Some Republicans worry that ballot recount based on the false claim of widespread voter fraud in that state could do the party more harm than good," host Berman began before introducing his guest.

"I think it's important that people who understand this situation, that people out that this audit is counterproductive," DeRose began. "That it's not following established standards and it was never necessary in the first place. That Arizona elections are incredibly professionally run and transparent and can be observed by credentialed party representatives from all sides and are open to public, open to members of the press."

"After all the safeguards and the additional audit and the county board of supervisors which is 4-1 to Republican-performed, we have the state senate led by a small group of members and aided by other state senators who really know better, right? Who really know that no good end is going to come out of this, running a closed-to-the-public, calls itself an audit, doesn't have any of the hallmarks of an audit, people are looking at ballots, people are saying they are going to go door-to-door and contact voters and ask them questions. The press has been banned at various points, they've been restricted at various points. Members of the press kicked out and they've been confronted by people carrying guns -- it's really unclear why this is happening and what possible good can come of it."

"It's a mess," the CNN host interjected.

"Yes, it's a mess," the attorney agreed.

"If you're looking for a logical through-line, it's really not there, Berman continued. "As you write in the Washington Post, 'How could anyone expect a partisan process to yield a result more accurate and trusted than the one administered by professionals of all parties following established rules? If you're a Republican who supports this audit, ask yourself this: If the Democrats had lost, how would you feel if this was their response?'"

"Yeah, they would not countenance it," DeRose exclaimed. "I if you look at the complaints from Philadelphia, the Pennsylvania election that observers weren't getting a meaningful chance to observe what was happening, how much more so is that true in this coliseum where this audit is taking place and members of the public are shut out."