Alexandria Ocasio-Cortez takes a stand against Biden over Israel 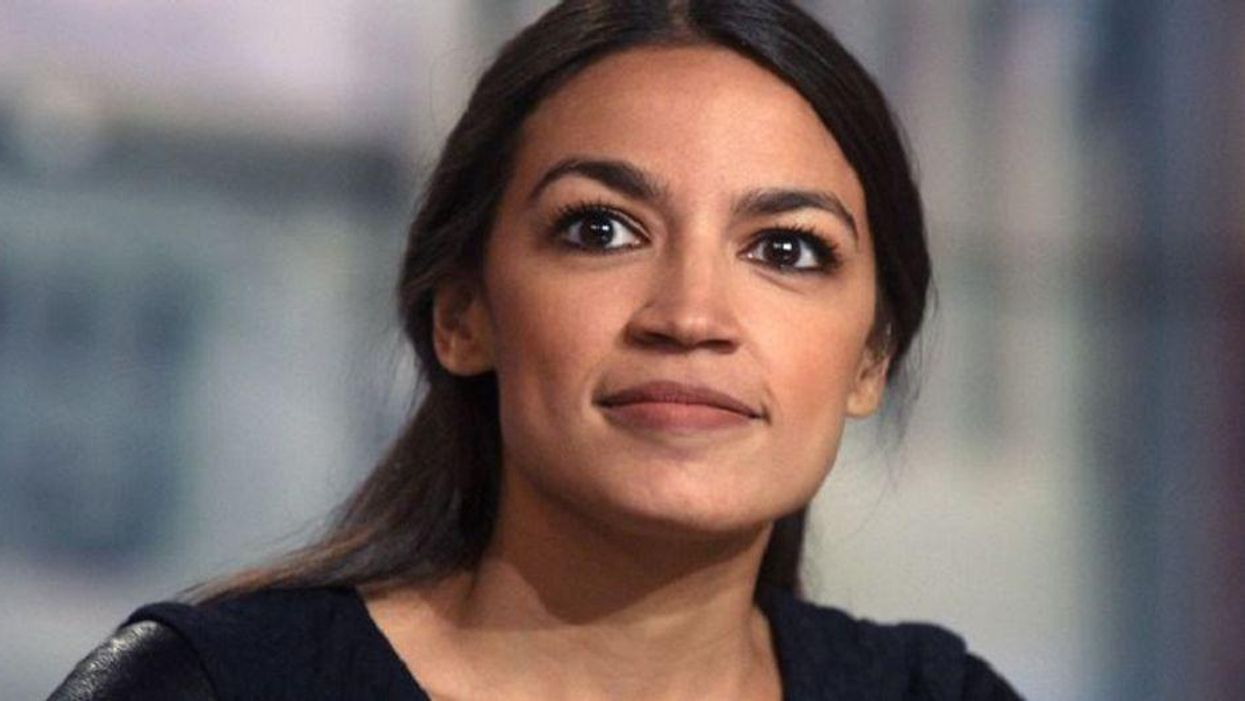 With time running out to act, Congresswoman Alexandria Ocasio-Cortez on Wednesday introduced a resolution aimed at blocking the Biden administration's proposed sale of $735 million in advanced weaponry to the Israeli government as it continues its deadly assault on the occupied Gaza Strip.

The new resolution (pdf)—which Ocasio-Cortez introduced alongside Reps. Rashida Tlaib (D-Mich.) and Mark Pocan (D-Wis.)—came just ahead of the May 20 deadline for congressional action on a weapons deal that would send Boeing-made Joint Direct Attack Munitions and Small Diameter Bombs to the government of right-wing Israeli Prime Minister Benjamin Netanyahu.

"For decades, the U.S. has sold billions of dollars in weaponry to Israel without ever requiring them to respect basic Palestinian rights," Ocasio-Cortez said in a statement. "In so doing, we have directly contributed to the death, displacement, and disenfranchisement of millions."

"At a time when so many, including President [Joe] Biden, support a cease-fire, we should not be sending 'direct attack' weaponry to Prime Minister Netanyahu to prolong this violence," the New York Democrat added.

The Biden administration first notified Congress of the proposed weapons sale on May 5, just days before Israel began its latest deadly bombardment of Gaza. Under current law, the House has just 15 days to object to the weapons sale with a resolution of disapproval.

But in a press release on Wednesday, Ocasio-Cortez's office noted that "after that time period has lapsed, Congress can still block or modify any sale up to the point of delivery."

Additionally, as Jewish Currents contributing writer Alex Kane pointed out, "if a senator introduced a resolution [of disapproval] before the end of May 20th, the bill would be required to get a vote in the Senate."

"Our government is directly complicit in the human rights atrocities being inflicted by the Israeli military on Palestinians, and it is our job as members of Congress to make sure that we stop funding these abuses," Bush said in a statement. "In the midst of a deadly pandemic, the Israeli military, which is one of the most advanced militaries in the world, is attacking a largely defenseless, captive civilian Palestinian population."

"In Gaza, we are witnessing bombing near hospitals and schools, deliberately targeting residential buildings where families live," Bush continued. "These atrocities are being funded by billions of our own American tax dollars while communities like mine in St. Louis are hurting and are in need of life-affirming investment here at home."

Raed Jarrar, advocacy director for the human rights group Democracy for the Arab World, said in an interview with Jewish Currents on Wednesday that "although this [joint resolution of disapproval] has a short shelf-life, it's a game-changer."

"This is a historic day," said Jarrar. "Congress has never attempted to block an arms sale to Israel before, and it sends a clear message to the Israeli government that its days of impunity are coming to an end."

While the president expressed support for speedy deescalation and a cease-fire in calls with Netanyahu this week, Biden administration officials have pushed back against congressional efforts to pause the $735 million weapons deal with Israel, which is facing war crimes accusations from global humanitarian organizations.

In late-night talks on Monday, senior Biden administration officials convinced Rep. Gregory Meeks (D-N.Y.)—chair of the powerful House Foreign Affairs Committee—to abruptly back off his demand that the White House postpone final approval of the sale.

"Let's be clear: these are the exact bombs being used to kill children in Gaza right now," Omar, a member of the House Foreign Affairs Committee, said in a statement Wednesday. "This is the worst possible timing for us to be sending munitions that are being dropped on schools, refugee camps, media offices, and Covid clinics in Gaza."

"But let's make no mistake—even if the current escalation wasn't raging, Congress should be questioning the sales of these types of weapons to Israel—and any country in the world that has committed human rights abuses," Omar added. "The United States should be doing everything in our power to bring about an immediate end to this conflict and the carnage it has caused, not continuing to sell Israeli Prime Minister Benjamin Netanyahu the very bombs used to kill Palestinian children."