17 years ago, this political scientist offered a dark and prescient warning about where the GOP was heading 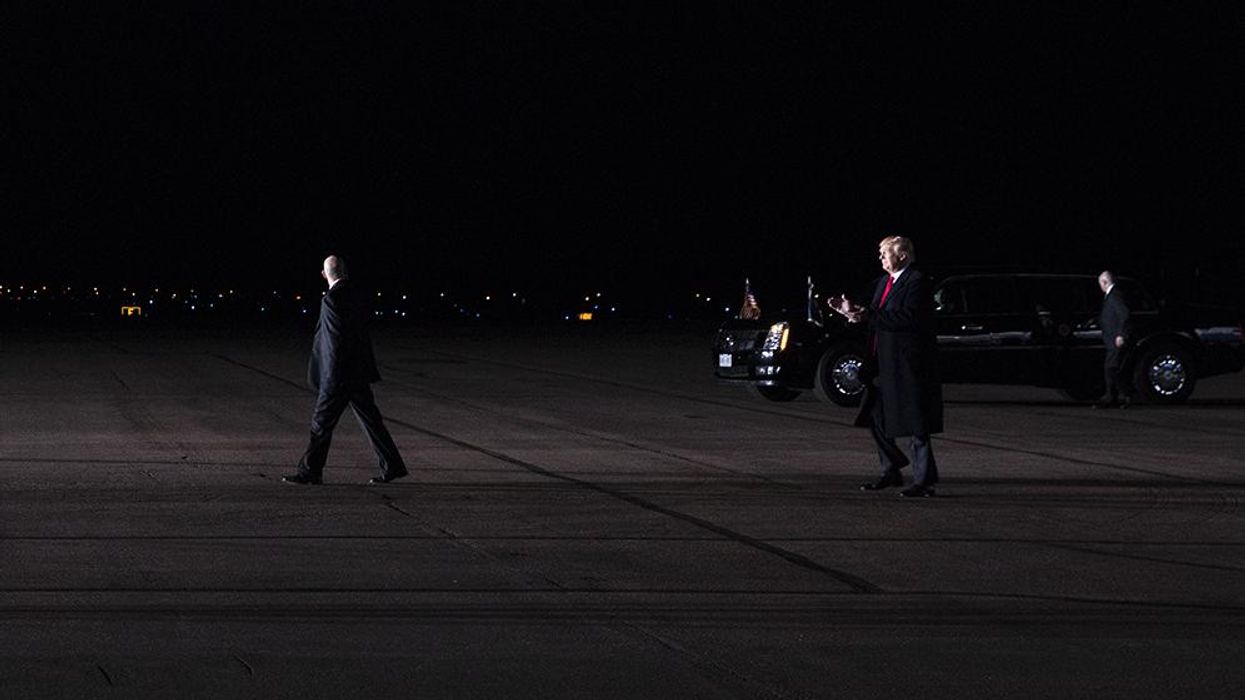 Journalist John Harwood had a piece in CNN Sunday reflecting on an essay published in 2012 that accurately predicted the coming of today's GOP. "Let's just say it: the Republicans are the problem" was written by Thomas Mann, who was at the time with the Brookings Institution, along with Norm Ornstein, who is still with the American Enterprise Institute. The Republicans, they said, had become "ideologically extreme, scornful of compromise, unmoved by conventional understanding of facts, evidence and science, dismissive of the legitimacy of its political opposition." Sound familiar?

I have been teaching a class for a few years, on and off, at Yale and Wesleyan on how to understand American politics. I assign Mann and Ornstein's essay every time. But I didn't know some important context Harwood provides, meaning that the essay landed with a thud nine years ago, even among what are now called anti-GOP conservatives.

Hardwood calls on Charlie Dent to comment. He's a former Republican moderate from Pennsylvania, who is now a talking head for CNN. He told Harwood that, "I thought they overstated things." He added: "I don't like where we're heading, but don't think it's inevitable that we get to that terrible place." William Kristol pooh-poohed Mann and Ornstein's essay, too. He told Harwood of his feelings at the time. "People like me were thinking, 'Yeah, there are some kooky people around, but c'mon.'" That was before Donald Trump's ascent and the consequent demise of his magazine, The Weekly Standard. (Kristol later joined other anti-GOP conservatives to found The Bulwark.)

Harwood's piece is good. I encourage you to read it. But I want to make the case for a more prescient essay. It was published in 2004 in the aftermath of the invasion of Iraq by The Chronicle Review, an obscure monthly supplement to The Chronicle of Higher Education, itself obscure. I assign it alongside Mann and Ornstein's essay. But if theirs had little impact, Alan Wolfe's had none at all. (No one in the United States Congress or the Washington press corps is being asked how they feel about it now.) With all due respect to Mann and Ornstein, I think Wolfe's is more important, because it gives a name to "where we're heading," a name that even John Harwood seems to avoid.

Alan Wolfe is a political scientist and sociologist at Boston College. He is or was the director of its Boisi Center for Religion and American Public Life. In 2004, he was searching for ways to explain Republican behavior after the terrorist attacks of September 11, 2001, and the launch of wars in Iraq and Afghanistan. He was, in other words, doing what Harwood did, but instead of looking to pundits like Mann and Ornstein, Wolfe looked way, way back to scholars like himself, this time to Carl Schmitt, who was briefly the leading exponent of fascist political thought. Fascism is "where we're heading" now, but Wolfe saw the first stirrings of it over 17 years ago.

Using Schmitt's The Concept of the Political as a lens through which to see the politics of the early 2000s, Wolfe wrote that "the most important lesson Schmitt teaches is that the differences between liberals and conservatives are not just over the policies they advocate but also over the meaning of politics itself." Wolfe goes on to explain that:

I think Alan Wolfe used the word "conservative" for a couple of reasons. One, because he didn't feeling like being charitable that day. Two, more likely, because "fascist" was not available to him in 2004. I like to think if he were to rewrite this essay, he'd make room for conservatives like Norm Ornstein, or Liz Cheney for that matter, in order to establish the boundaries of acceptable behavior in a liberal democracy in which some things really are above politics, such as the political legitimacy of a rival faction.

"Fascist," however, continues to get side-eye from mainstream commentators like John Harwood, I think because it so easily evokes images of gas chambers. But as Wolfe makes clear, it doesn't take genocide to make a fascist. What it takes a particular and particularly coherent worldview in which everyone outside one's group is the enemy. As Harwood said, Mann and Ornstein were right. Their diagnosis of the GOP is undeniable. But Alan Wolfe was more right. What's more, he gave us a vocabulary.

We should use it.