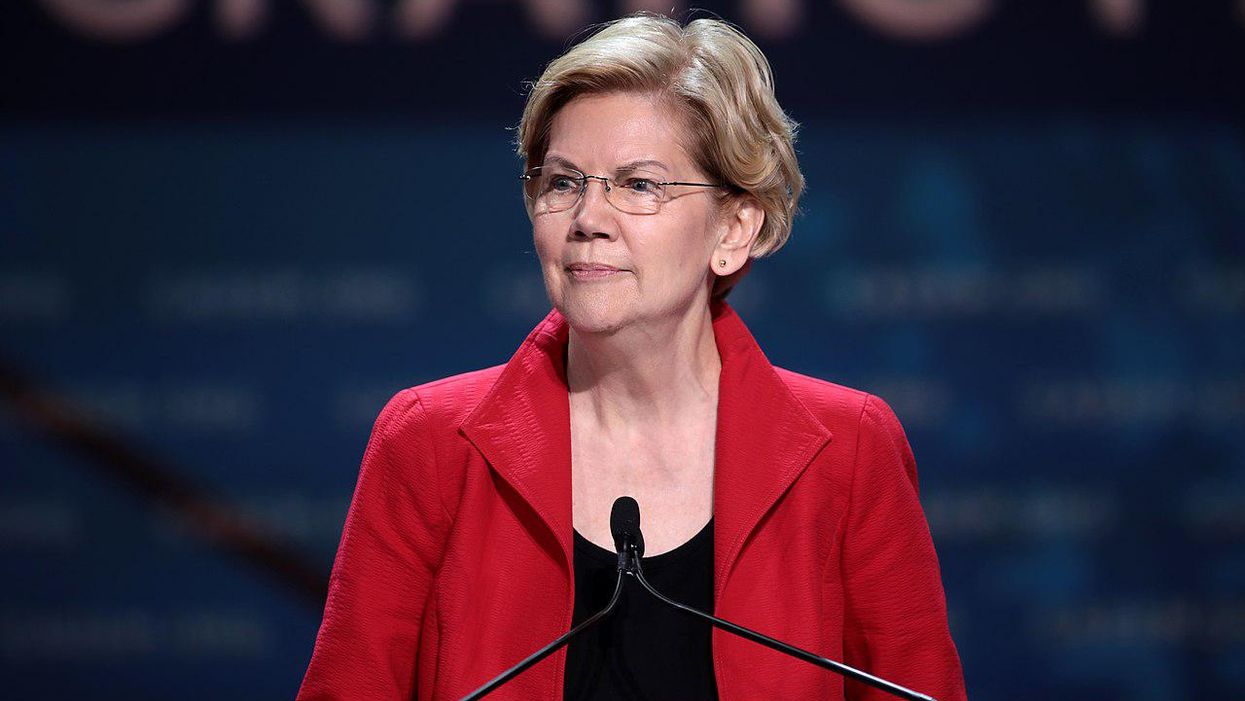 Sen. Elizabeth Warren and Rep. Adam Smith on Thursday reintroduced legislation to establish that "it is the policy of the United States to not use nuclear weapons first."

"Threatening to use nuclear weapons first makes America less safe because it increases the chances of a miscalculation or an accident," said Warren (D-Mass.), a member of the Senate Armed Services Committee, in a statement. "There are no winners in a nuclear war, and the U.S. should never start one."

"This bill would strengthen deterrence while reducing the chance of nuclear use due to miscalculation or misunderstanding," he explained. "Codifying that deterring nuclear use is the sole purpose of our nuclear arsenal strengthens U.S. national security and would renew U.S. leadership on nuclear nonproliferation and disbarment."

Thank you @RepAdamSmith and @SenWarren! The US must commit itself to never beginning a nuclear war. Thrilled to see… https://t.co/hauzK80Zjt
— FCNL (Quakers) (@FCNL (Quakers))1618511493.0

Warren and Smith's ongoing push for the No First Use Act was welcomed by arms experts and advocates for the elimination of nuclear weapons, some of whom pointed out that President Joe Biden has previously expressed support for such a policy.

Biden said in a January 2017 speech that "given our non-nuclear capabilities and the nature of today's threats, it's hard to envision a plausible scenario in which the first use of nuclear weapons by the United States would be necessary or would make sense in the view of the president and me."

Young said Thursday that "indeed, initiating a nuclear strike would be an enormous strategic and humanitarian disaster, most likely leading to a counterattack against the United States. The resulting mass death and destruction is why a U.S. president should never choose or be allowed to start a nuclear war."

"The legislation introduced today by Sen. Warren and Rep. Smith is strikingly short and simple," Young noted. "In 14 words, it commits the United States to never launching nuclear weapons first. These lawmakers deserve huge thanks for continuing to push for this sensible policy change."

"A no first use policy will reduce the likelihood of nuclear war in two ways," he continued. "First, no president will be able to start a nuclear war based on faulty information, like the false warnings of incoming nuclear attacks that have happened too many times in the past. Also, adversaries will be less pressured to use their nuclear weapons first during a crisis if they are confident that the United States won't attack them first and wipe out their nuclear arsenals."

🚨Action Alert!!🚨 @RepAdamSmith and @ewarren have reintroduced #NoFirstUse to prohibit presidents from launching a n… https://t.co/SPkQzS5F6E
— Beyond the Bomb (@Beyond the Bomb)1618509107.0

Young urged Congress to urgently pass and Biden to sign the bill—a call echoed by Derek Johnson, chief executive officer of Global Zero, an international movement for the elimination of nuclear weapons. Johnson endorsed the "common-sense" bill "in the strongest possible terms" and called its reintroduction "an important step to enhance American and global security by helping ensure nuclear weapons are never used again."

Codifying no first use into law is the most important and immediate step the U.S. can take to lower the risk of nuclear conflict, strengthen global stability, and create new opportunities to pursue reductions in these dangerous and expensive arsenals.
There is no plausible scenario in which the first use of nuclear weapons by the United States makes sense. Threatening to do so only makes it easier for others to do the same, adding to the pressure on all to escalate quickly. Any use of nuclear weapons would be horrific and catastrophic, and we must take decisive action to make this scenario less likely in parallel with our long-term efforts to eradicate them.

He also cited Biden's 2017 speech, when the then-vice president expressed confidence that the U.S. can defend itself and its allies through non-nuclear means.

According to Johnson, "It is high time to act on that confidence, and for leaders in the U.S. and all nuclear-armed states to accept that true security cannot be built on threats of mass destruction."