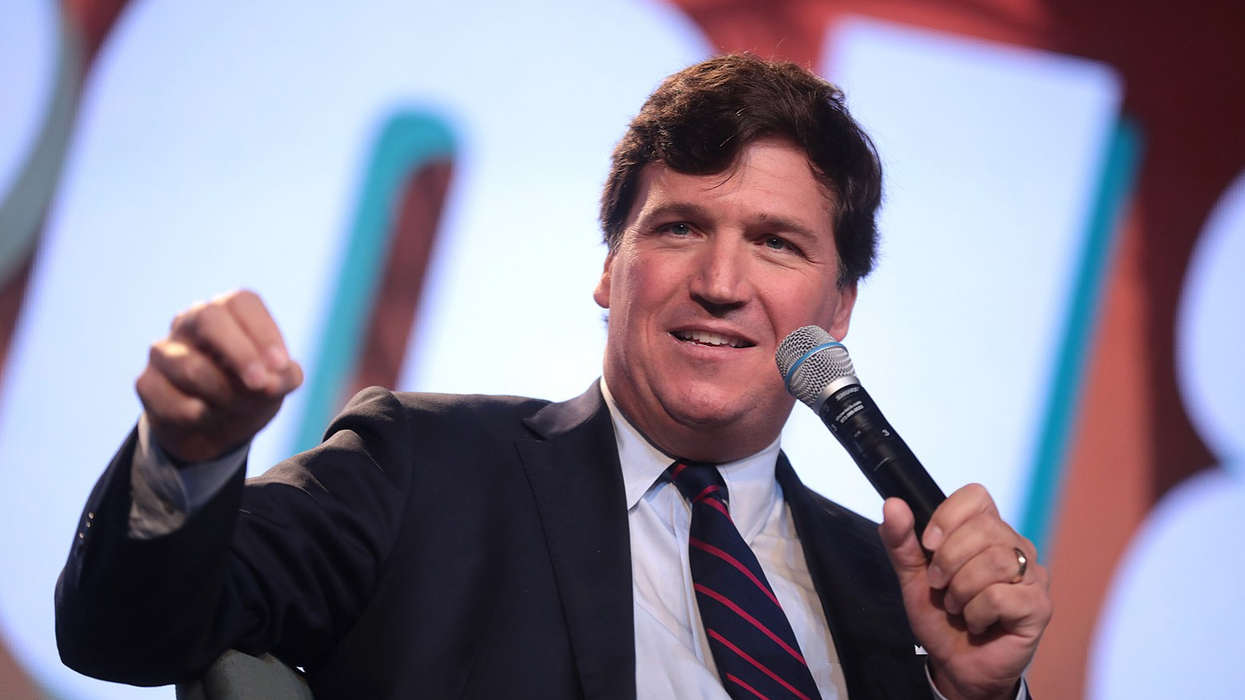 Fox News host Tucker Carlson has been actively promoting white nationalism and white supremacy on his show seen by 3 to 4 million Americans nightly. Carlson has been telling viewers they are being replaced, by immigrants, and that this is by design – by the Democrats, to get more voters.

It's called the "great replacement" or "replacement theory," and Carlson has been under fire for not only promoting it, but doubling down and insisting it's a core tenet of the Democratic Party, which is false.

"The Democratic Party is trying to replace the current electorate, the voters now casting ballots, with new people—more obedient voters from the third world," Carlson says.

As Media Matters points out, that false claim is now regular programing on Fox News.

And now the RNC is also promoting that white nationalist, white supremacist, and fascistic claim – and fundraising off it.

"The radical left's desire to try and cancel anything they don't like is DANGEROUS," the email begins. "Nothing will stop them from trying to force their twisted ideas on the American People."

"If we lose this battle, America is lost."

The email never specifies what the left is supposedly trying to "cancel," what those "twisted ideas" are, or what "battle" they claim the RNC is fighting, but they definitely want your money.

Willamette University history professor Seth Cotlar provides more screenshots and says, "Just in case you thought there might be daylight between Tucker's white nationalist hour of power and the GOP's fundraising messaging."

RNC fundraising off of Tucker Carlson. Just in case you thought there might be daylight between Tucker's white nati… https://t.co/nKftXZxn0z
— Seth Cotlar (@Seth Cotlar)1618461964.0