Trump supporters got hustled, fleeced and lied to — but don't be fooled. They still love him as much as ever 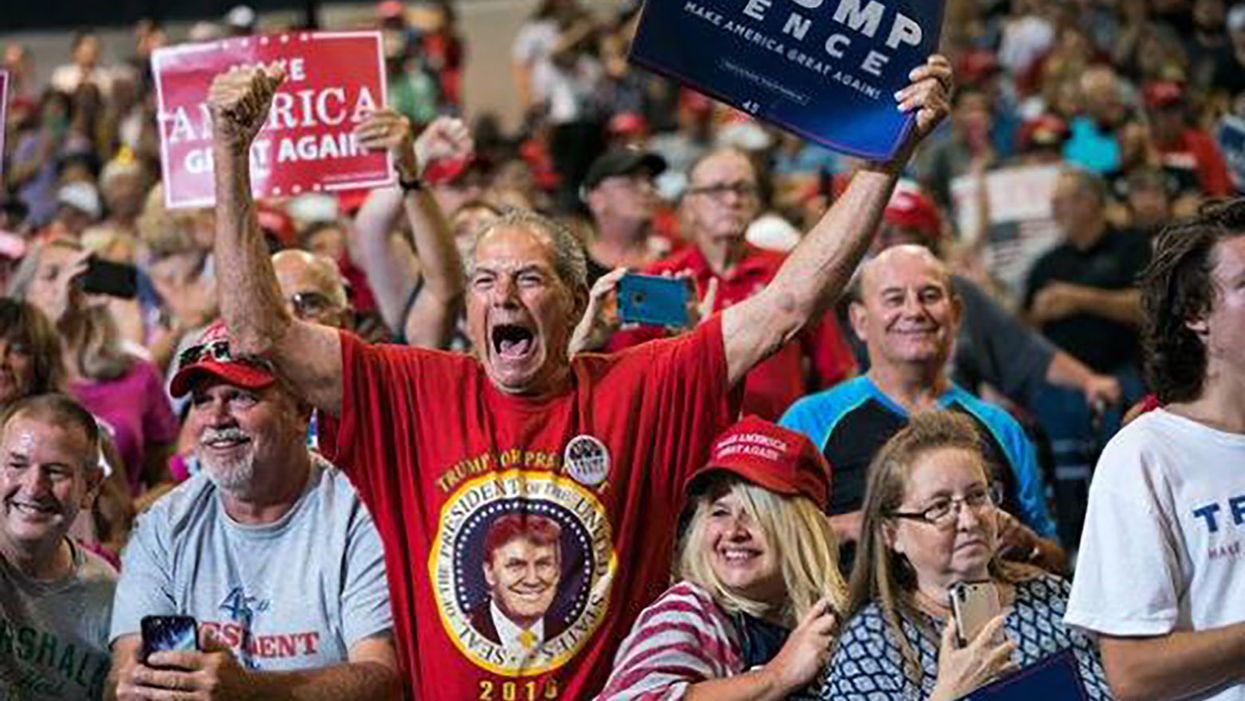 Individuals join cults because they are seeking meaning in their lives. Many people who join cults are also lonely or emotionally damaged and want some sense of family and larger community. The cult leader sees his or her followers as extensions of their ego and an opportunity to accrue personal, financial and often sexual power. In nearly all cases, cult leader and followers are tied together in a knot of collective narcissism.

Donald Trump is a political cult leader who commands tens of millions of followers. After he finally, reluctantly accepted defeat in the 2020 presidential election and retreated to plot his next steps from his Mar-a-Lago hideout, the cult members are leaderless — at least for now.

How are they reacting to these events? Many, of course, are angry and remain trapped in collective delusion. New research suggests that some of them are experiencing despair or feeling "despondent."

As Alternet reports, "diehard Trump voters were bitterly disappointed that he lost the election, and Democracy Corps' focus groups found that they are in a state of total despair."

Democracy Corps explained that these disillusioned Trumpists "felt powerless" in the wake of electoral defeat, and believed that the Republican Party "failed to act with the same determination and unity as the Democrats. They believed Democrats were smarter, rigged the election, had a plan to grow their support, and stuck to their guns — unlike the fickle Republican leaders who gave up on Trump."

That is of course misguided on a world-historical scale, but not entirely surprising. Nor is it surprising that racism and white supremacy play a key role in how Trumpists feel about their place in America society and politics:

Democracy Corps found that "the Trump loyalists and Trump-aligned were angry, but also despondent, feeling powerless and uncertain they will become more involved in politics…. The Trump loyalists and the Trump-aligned are animated about government taking away their freedom and a cancel culture that leaves no place for White Americans and the fear they're losing 'their' country to non-Whites."

Democracy Corps also found that "Trump loyalists and the Trump-aligned" were "angered most of all by Black Lives Matter (BLM) and Antifa" and believe those movements "were responsible for a full year of violence in Democratic cities that put White people on the defensive — and was ignored by the media."

Before Democrats and other Americans who oppose the Trump cult and the Jim Crow Republican Party celebrate their downfall, they should take a lesson from the landmark 1956 book "When Prophecy Fails," which showed that "true believers" within a cult movement will simply adjust their beliefs when faced with disappointment. Through that process, cognitive dissonance is resolved in order to justify the original predictions as somehow still being true. Such predictions could be about the arrival of alien spacecraft or the end of the world — or about how Trump's battle with the "deep state" now continues in a different form, and he and his movement will be victorious on some future date, after being "betrayed" on Election Day 2020.

When viewed through such a lens the support of Trump's followers for their Great Leader appears to be much more enduring and deeply felt than many would like to believe.

The New York Times has reported that Trump's campaign effectively stole tens of millions of dollars from his own donors through a deceptive scheme that led Trump supporters to unknowingly authorize repeated bank withdrawals and credit card charges. Even after being blatantly defrauded, many Trump followers remain loyal, like Ron Wilson, a man interviewed by the Times:

Mr. Wilson, an 87-year-old retiree in Illinois, made a series of small contributions last fall that he thought would add up to about $200; by December, federal records show, WinRed and Mr. Trump's committees had withdrawn more than 70 separate donations from Mr. Wilson worth roughly $2,300.

Trump's white evangelical Christian followers also remain staunchly loyal to him, despite (if not because) of his unrepentant and chronic sinfulness, which leads some to regard him as a prophetic figure. As new research from the Public Religion Research Institute (PRRI) shows, white evangelical fealty to Trump is at its core driven by a commitment to Christian nationalism, racism and a desire to overthrow secular multicultural society.

Republicans and other Trump followers have convinced themselves, or been programmed by the right-wing disinformation machine to believe that the Jan. 6 attack on the Capitol and coup attempt was either nonviolent, did not happen at all or was a provocation staged by antifa or Black Lives Matter activists. Other polls and research show that a large percentage of Republicans generally support the events of Jan. 6 and believe political violence may be necessary to protect "traditional America" — understood as white supremacy.

Donald Trump himself may be out of power — and whether he is capable of mounting a political comeback is unclear. But his followers are not going anywhere. They have had a taste of what is possible when a fascist movement takes power and validates their pain and emptiness — and their desire to hurt those people they deem to be "un-American."

Much to the consternation of Americans who believe in the Constitution, the rule of law and multiracial secular democracy, the Republican Party and its allies are not going to change the minds of Trump's followers, or otherwise abandon them.

Why should they? Trump himself remains remarkably popular among Republican voters — more popular than the party itself. His voters still largely believe that the 2020 election was stolen by the Democrats. The right-wing terrorist insurgency inspired and encouraged by the Trump movement shows no signs of going away.

Trump may have been defeated, in other words, but Trumpism has not. That neofascist movement has many tens of millions of followers, waiting for a new strongman to emerge. When that happens — and there should be no doubt it will — will Democrats and their voters be prepared for the long hard fight to save American democracy?