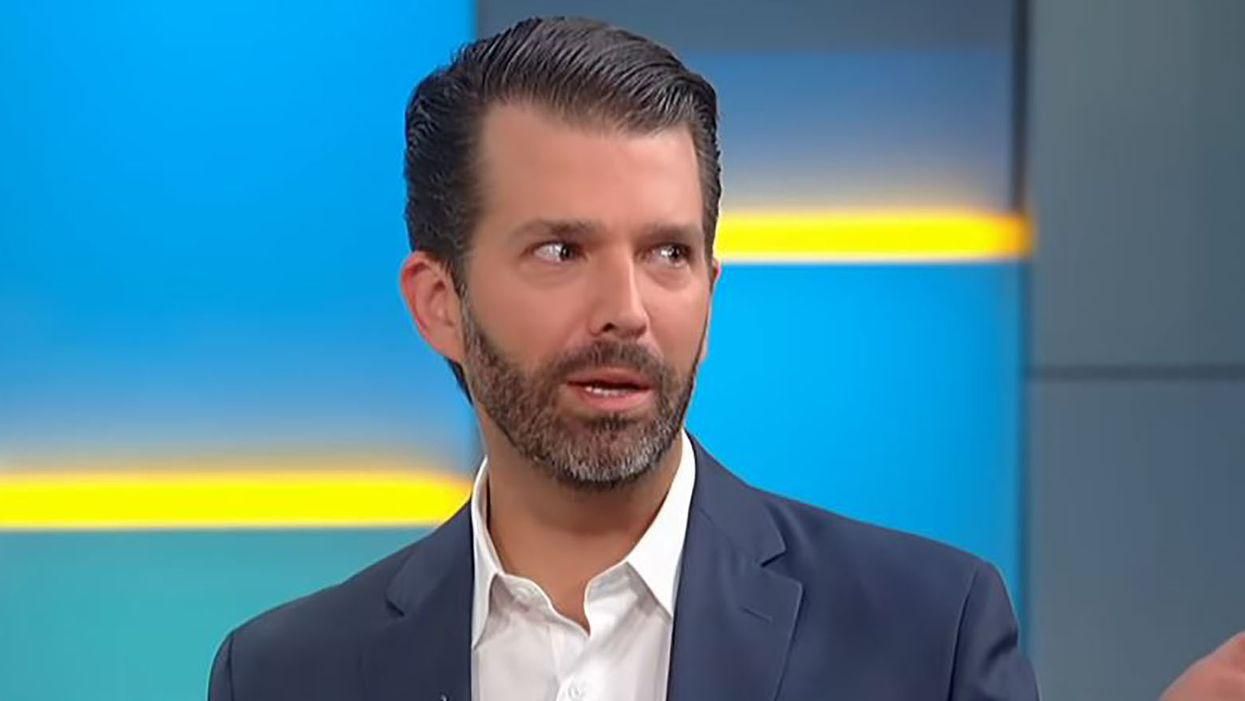 www.alternet.org
Donald Trump Jr. bombs at CPAC -- and gets scorched for lying that ...
David Badash
and
The New Civil Rights Movement
April 03, 2021

In a highly unusual and likely unconstitutional move a U.S. Congressman is threatening to revoke Major League Baseball's antitrust exemption in retaliation for MLB's just-announced decision to pull the famed All-Star Game out of Atlanta in response to Georgia Governor Brian Kemp signing a massive voter suppression bill into law.

"An overwhelming bipartisan majority of Americans support requiring an ID to vote, and any organization that abuses its power to oppose secure elections deserves increased scrutiny under the law," added Duncan whose Twitter bio ironically describes him as a "Lover of football."

Rep. Duncan is packing a major punch with his tweets, by falsely implying that all the Georgia voter suppression law does is require a driver's license to vote (it is one of if not the greatest voter suppression laws of modern times.) And anyone can pick a poll to make their claim sound true, but laws shouldn't be created solely based on majority opinion.

Voter ID laws disproportionally and negatively impact Black voters, which is why Democrats oppose them. The number of people who attempt to fraudulently vote under someone else's name is so minuscule, why would anyone want to disenfranchise millions of other voters to do so – unless they are Republicans and know they will lose unless they make the vote unfair.

Strangely, Duncan, an anti-LGBTQ extremist who in 2018 filed a bill that would ban U.S. embassies from flying the LGBT pride flag, appears to have tweeted out his unconstitutional threat in response to this tweet from Donald Trump, Jr.:

How do we even know Duncan saw Jr.'s tweet? Because he tagged him in his own tweet:

Duncan apparently has a problem understanding the First Amendment. Aside from today's misstep, also back in 2018 the South Carolina Republican Congressman was roundly mocked when he falsely claimed the First Amendment applied to Facebook, and demanded conservatives' free-speech rights be “restored."

Here's Vox's Ian Millhiser, author of two books on the U.S. Supreme Court, including most recently, "The Agenda: What Republicans Will Do with the Supreme Court."

I.e., "We're going to punish them for criticizing a bogus law that aims to squeeze out as many black and/or Democratic voters as we can. And by the way, we're against cancel culture."
— michael musto (@mikeymusto) April 2, 2021

As a legislator, I would assume you'd be familiar with the First Amendment, but it seems by this tweet and your proposed legislation, you're not, because this would be in violation of it!
— EAS (@ellescott1) April 2, 2021

Dude they made it a crime to give food and water to people waiting in line to vote. Lines that were 11+ hours long
If you really care about election integrity, investigate that. — Soopervillain 🇺🇲 (@Excellentspeelr) April 2, 2021

So we're using the power of government to punish businesses for political positions we don't like?
Jim Jordan, did you mean to RT this? Or were you trying to add a condemnation of this dangerous cancel culture? — Jeff Sites for Congress (@Sites4Congress) April 2, 2021

"Alexa, give me an example of viewpoint-based retaliatory legislating that may violate the First Amendment."
Alexa: "Please see above." — Autarkh (@Autarkh) April 2, 2021