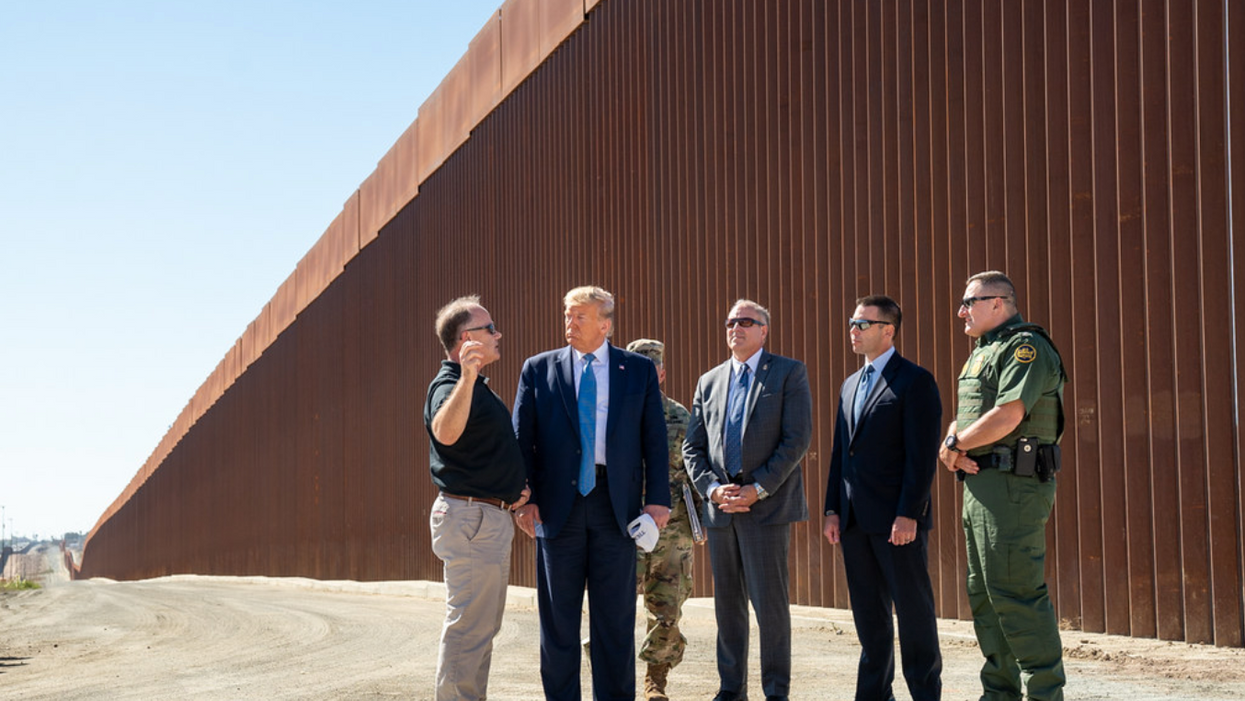 "U.S. Supreme Court rejects Texas-led lawsuit seeking to protect a Trump immigration policy" was first published by The Texas Tribune, a nonprofit, nonpartisan media organization that informs Texans — and engages with them — about public policy, politics, government and statewide issues.

The U.S. Supreme Court said Monday that it won't hear a case filed by Texas and 13 other states that seeks to revive a Trump-era “public charge" immigration rule, stating they need an opinion from a lower court first.

The issue before the courts stems from the Trump administration's decision to broaden the definition of the term “public charge" in 2019 to include noncitizens who rely, or will likely rely, on Medicaid, food assistance such as food stamps, housing assistance, and prescription drug benefits through Medicare Part D.

Under current law, a public charge is any noncitizen who will likely become “primarily" reliant on certain government assistance programs — meaning that the programs provide more than half of their income. Immigrants deemed a public charge cannot receive a green card for citizenship.

In March, the Department of Homeland Security under President Joe Biden announced that it would no longer defend the Trump policy in court, dropping appeals originally filed by the Trump administration in several courts.

The Trump administration appealed that decision to the Supreme Court, which agreed to review the case before Biden's DHS decided to drop the appeals.

A separate challenge to the Trump policy, led by Cook County, Illinois, and an advocacy group, led to it being struck down by the U.S. Court of Appeals for the 7th Circuit in 2020.

“The 2019 public charge rule was not in keeping with our nation's values. It penalized those who access health benefits and other government services available to them," Secretary of Homeland Security Alejandro Mayorkas said.

Texas and 13 other states filed a lawsuit last month in the 7th Circuit, seeking to uphold Trump's expanded public charge rule and arguing that the Biden administration rescinded it without following the Administrative Procedure Act.

Texas Attorney General Ken Paxton also claimed that without the Trump rule in place, “our Medicaid budget and other vital services will explode and be spread too thin, costing taxpayers millions more and reducing the quality of service we can provide."

After their lawsuit was denied in that court, the 14-state coalition took the case before the nation's highest court. The Supreme Court's decision Monday means that it won't immediately take up the case led by Texas, at least until a lower court weighs in.

This article originally appeared in The Texas Tribune at https://www.texastribune.org/2021/04/26/texas-trump-immigration-supreme-court/.