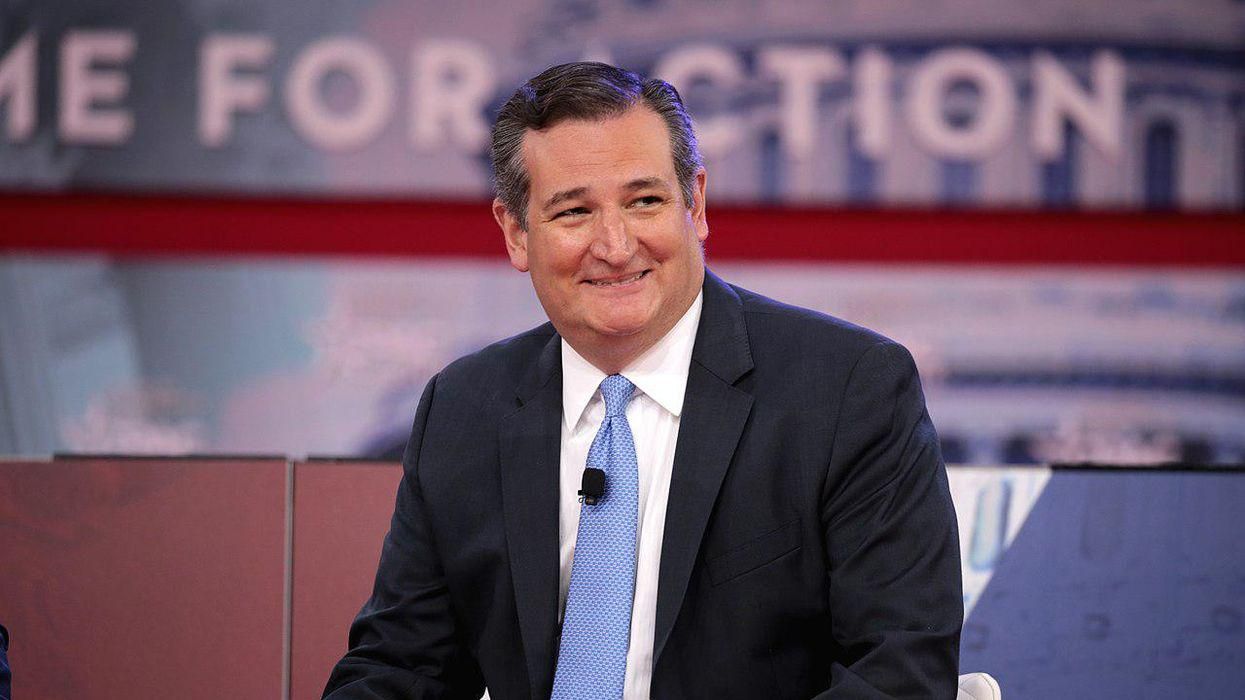 Sen. Ted Cruz (R-TX) has been shunned as a pariah in Texas after he fled the state during a disaster to vacation in Cancun, Mexico.

On Saturday, he attempted to repair he relationship with voters by cheering on both the Houston Cougars and Baylor Bears as the two Texas teams faced off in the Final Four.

Cruz posted a photo to Twitter showing him wearing both a Baylor shirt and a Houston hat -- although he was drinking a beer from Massachusetts, instead of a beloved Texas brew like Shiner.

However, the comments revealed how toxic Cruz has become. Here's some of what people were saying:

@tedcruz All of Ted's attempts to be a human being fail dramatically. Perhaps he should try imitating another species.
— Ric Caric (@Ric Caric)1617481848.0