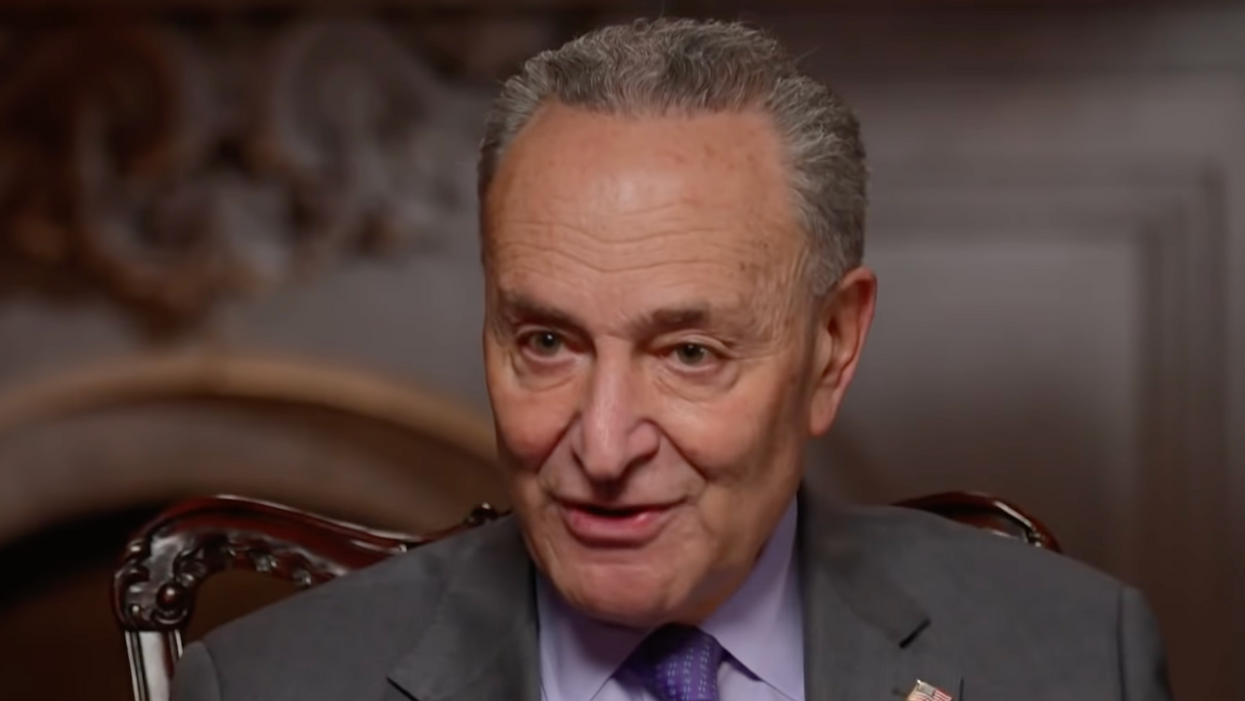 Senate Majority Leader Chuck Schumer announced a mini-bombshell Monday night, one which dramatically impose the outlook for President Joe Biden's infrastructure plans. "The Parliamentarian has advised that a revised budget resolution may contain budget reconciliation instructions," a spokesman for Schumer announced. In plain English, that means that Schumer has that "magical parliamentary trick". He can use part of the 1974 Budget Act, Section 304, that allows the Senate to bring up previously passed and signed budget resolutions—like the American Rescue Plan COVID relief bill—and amend them and include new stuff.

Like infrastructure! This "allows Democrats additional tools to improve the lives of Americans if Republican obstruction continues," the Schumer statement says. "While no decisions have been made on a legislative path forward […] the Parliamentarian's opinion is an important step forward that this key pathway is available to Democrats if needed." That was seconded by Sen. Ron Wyden, chair of the Senate Finance Committee and thus a key player in this process as the tax provisions in the bill will come through his committee. "The American people want bold action to address our country's many challenges, and Democrats now have more options to overcome Republican obstruction and get things done," Wyden said.

"It's important because it gives us a little more flexibility—we don't have to push everything into one package," Sen. Bernie Sanders, chairman of the Budget Committee which will control a budget reconciliation package, said Monday. "The ruling of the parliamentarian gives us a little bit more opportunity in that direction."

This theoretically gives the Senate majority at least two more opportunities to use budget reconciliation, the bills that have special rules which allow them to pass with a simple majority vote, bypassing the 60-vote majority filibuster. Previously, the Senate has operated under the general rule that it could be used a maximum of twice a year. It has been infrequently used because it takes up a ton of floor time, with unlimited amendments being available to both parties in the Senate. There are reasons Schumer might decided not to use it because of that—the vote-a-rama and nearly unlimited ability for the Republicans to attempt to do their worst on the Senate floor.

Minority Leader Mitch McConnell has already ruled out doing anything to help pass a plan that will create potentially millions of jobs and prevent kids from being poisoned by lead in their drinking water. "I'm going to fight them every step of the way, because I think this is the wrong prescription for America," McConnell said last week. "That package that they're putting together now, as much as we would like to address infrastructure, is not going to get support from our side." Schumer now has choices, and that has the power to splinter Republicans.

Here's the biggest opportunity Republicans have to bring money and jobs to their states and districts now that both the Senate and House have decided that they will bring back earmarks—the member-directed spending for specific projects at home. The package Biden has introduced has plenty of potential for those goodies, even though Republicans are busily trying to restrict the definition of "infrastructure" to just roads and bridges.

One gets the sense that Republicans are just recycling the arguments they made to the American Rescue Plan. Remember how they kept talking about how it wasn't really about dealing with coronavirus? That there was all that extra stuff in it? How they made a counter offer of $600 billion for a plan? On "Fox News Sunday," Sen. Roy Blunt said that maybe Republicans would be okay with $615 billion for an infrastructure plan. He also argued that only about a third of Biden's plan focuses on what Republicans are calling "real" infrastructure projects. It's déjà vu all over again.

A Republican Senate aide reacted predictably to the ruling, saying that it is "an abuse of the process and clearly not what reconciliation was designed to do, but they're going to go forward anyway." Except for the part where 20 years ago Republicans fired the Parliamentarian in part because of his ruling "that only one tax bill could be considered this year under special budget rules that prevent filibusters."

Expect more of that hypocrisy from Republicans as the process moves forward, because that's all they have. This puts them in a bit of a jam. Knowing that Schumer and the Democrats can move forward on this plan without them could bring at least some of them to the table. Because this is a bill they can get tangible, popular stuff from if they play along. If they don't, there's no guarantee Democrats will do anything more than the bare minimum for Republican states.