How people of color are targeted in 'sacrifice zones' 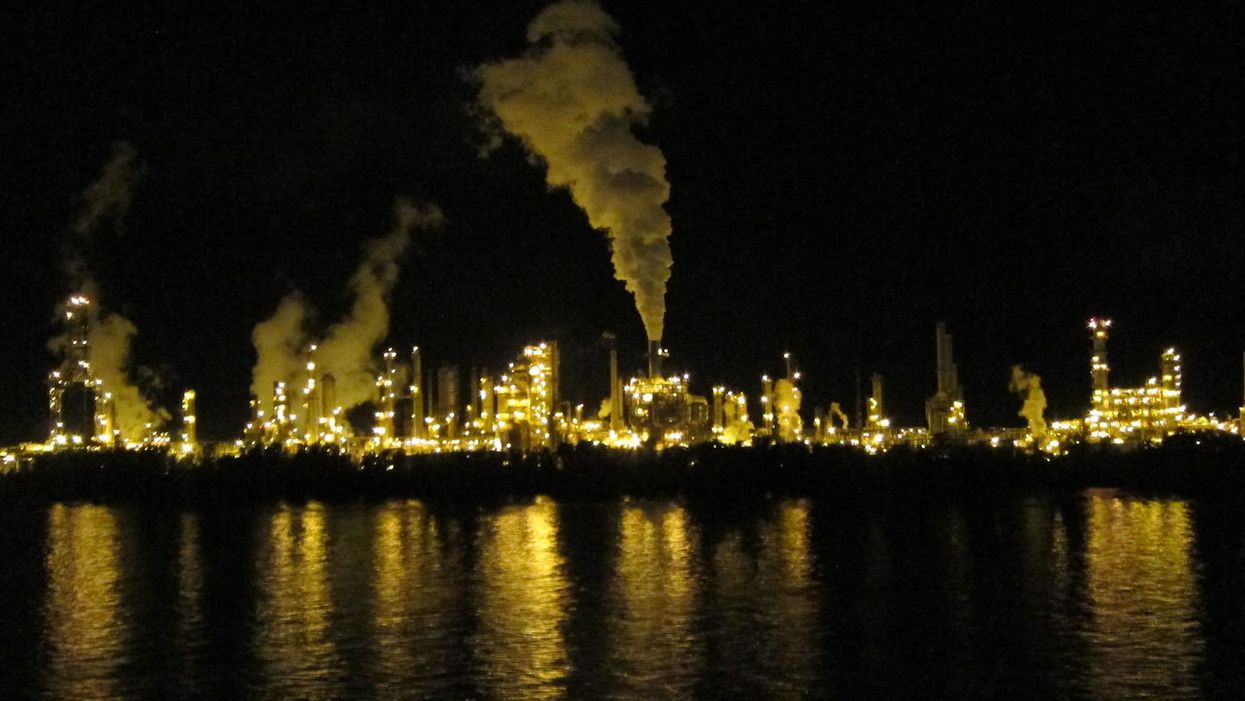 A slew of enormous petrochemical facilities shape the skyline and pollute the environment along the Mississippi River corridor.

The Black Lives Matter movement and the COVID-19 pandemic have highlighted how systemic racism disproportionately places danger and harm on low-income and minority populations. One harsh reality of this systemic racism is the existence of "sacrifice zones," which are communities located near pollution hot spots that have been permanently impaired by intensive and concentrated industrial activity, such as factories, chemical plants, power plants, oil and gas refineries, landfills and factory farms.

Designated by corporations and policymakers, these areas are a product of environmental racism, the systemic social, economic and political structures—including weak laws, lack of enforcement, corporate negligence and less access to health care—that place disproportionate environmental health burdens on specific communities based on race and ethnicity. Because they live in sacrifice zones, people of color in the United States are more likely to breathe polluted air, drink polluted water and be exposed to a variety of toxic chemicals and particulate matter.

The Center for Health, Environment & Justice, a nonprofit environmental activism group based in Falls Church, Virginia, asserts that "[d]ue to redlining, low property values, and other social factors, these communities have historically consisted of [low-income] and/or minority populations." The group adds, "Current federal air policies regulate facility emissions one stack at a time and one chemical at a time. Impacted communities, however, are exposed to the cumulative impact of multiple pollutants released over an extended period of time from a cluster of facilities."

In January, President Biden signed an executive order that creates a White House Council on Environmental Justice, which will specifically address the environmental impacts of systemic racism. "We must deliver environmental justice in communities all across America," the order says. "To secure an equitable economic future, the United States must ensure that environmental and economic justice are key considerations in how we govern." A separate executive order directed federal agencies to prioritize racial equity in their work, which incorporates racial and environmental justice across the federal government. However, without congressional action on the legislative front, the next president could reverse these orders.

President Biden's $2 trillion infrastructure plan has provisions that address longstanding racial inequities, including $20 billion to "reconnect" communities of color to economic opportunity. In addition, the proposal includes funds to replace lead water pipes that have harmed communities of color in cities like Flint, Michigan, and to clean up environmental hazards that have harmed Hispanic and tribal communities.

On April 4, the Hip Hop Caucus, a nonprofit advocacy group that tackles issues relating to health care, education and environmental and social justice, launched a public petition urging Congress to pass legislation that protects communities of color from the health risks posed by environmental degradation. The petition is co-sponsored by several other advocacy groups, including Progress America, Friends of the Earth Action, Coalition on Human Needs, Evergreen Action and the Progressive Reform Network. "Corporate polluters demand human sacrifices," wrote Mike Phelan, a spokesman for Progress America, in a recent email about the petition. "They each have a choice between profits and pollution―and every time, they choose profits."

In a 2004 report, the U.S. Environmental Protection Agency (EPA) wrote that "the solution to unequal protection lies in the realm of environmental justice for all Americans. No community, rich or poor, black or white, should be allowed to become a 'sacrifice zone.'" In her 2014 book This Changes Everything, Naomi Klein writes that "running an economy on energy sources that release poisons as an unavoidable part of their extraction and refining has always required sacrifice zones—whole subsets of humanity categorized as less than fully human, which made their poisoning in the name of progress somehow acceptable."

Four years later, scientists at the EPA's National Center for Environmental Assessment released a study in the American Journal of Public Health called "Disparities in Distribution of Particulate Matter Emission Sources by Race and Poverty Status." The report confirmed that environmental racism presents a clear and present danger to people of color across the United States, as they are much more likely to live near polluters. The study found that poor communities (those living below the poverty line) have a 35 percent higher burden from particulate matter emissions than the overall U.S. population. The health burden carried by non-whites was 28 percent higher than the overall population, while African Americans had a 54 percent higher burden. The researchers cited economic inequality and historic racism as major factors in the siting of facilities emitting particulate pollution.

Particles less than 10 micrometers in diameter that are inhaled can become embedded deep in the lungs and enter the bloodstream. Such particle pollution exposure can cause a number of health impacts, including nonfatal heart attacks, irregular heartbeat, aggravated asthma and decreased lung function. For people with heart or lung disease, inhaling these particles can even lead to premature death.

"This report illustrates how people of color and people with limited means have been grossly taken advantage of by polluters who don't care about the misery they cause," said Leslie Fields, director of the Environmental Justice Program at the Sierra Club, an environmental nonprofit, in a statement. "The disadvantages that come with those health issues, like missing school, create a cycle of poverty and lack of access to opportunity that spans generations and shapes every part of the experience of being a person of color or low-income person in the United States."

In fact, natural disasters like earthquakes, as well as those tied to climate change, like wildfires, floods and hurricanes, actually increase racial inequality. A 2018 study conducted by sociologists Junia Howell of the University of Pittsburgh and James R. Elliott of Rice University in Houston found that white Americans who experience disaster accumulate significantly more wealth than any other group after experiencing a natural disaster. "If you're white, over time, you're actually going to accumulate more than if you never had that disaster in the first place. But for black people, for Latinos, for Asians—it's not true," said Howell.

President Biden's executive actions to tackle the environmental racism that results in the creation of sacrifice zones are a much-needed change at the top of the government. Now Congress needs to back him up with legislation that puts an end, once and for all, to sacrifice zones.

Reynard Loki is a writing fellow at the Independent Media Institute, where he serves as the editor and chief correspondent for Earth | Food | Life. He previously served as the environment, food and animal rights editor at AlterNet and as a reporter for Justmeans/3BL Media covering sustainability and corporate social responsibility. He was named one of FilterBuy's Top 50 Health & Environmental Journalists to Follow in 2016. His work has been published by Yes! Magazine, Salon, Truthout, BillMoyers.com, Counterpunch, EcoWatch and Truthdig, among others.