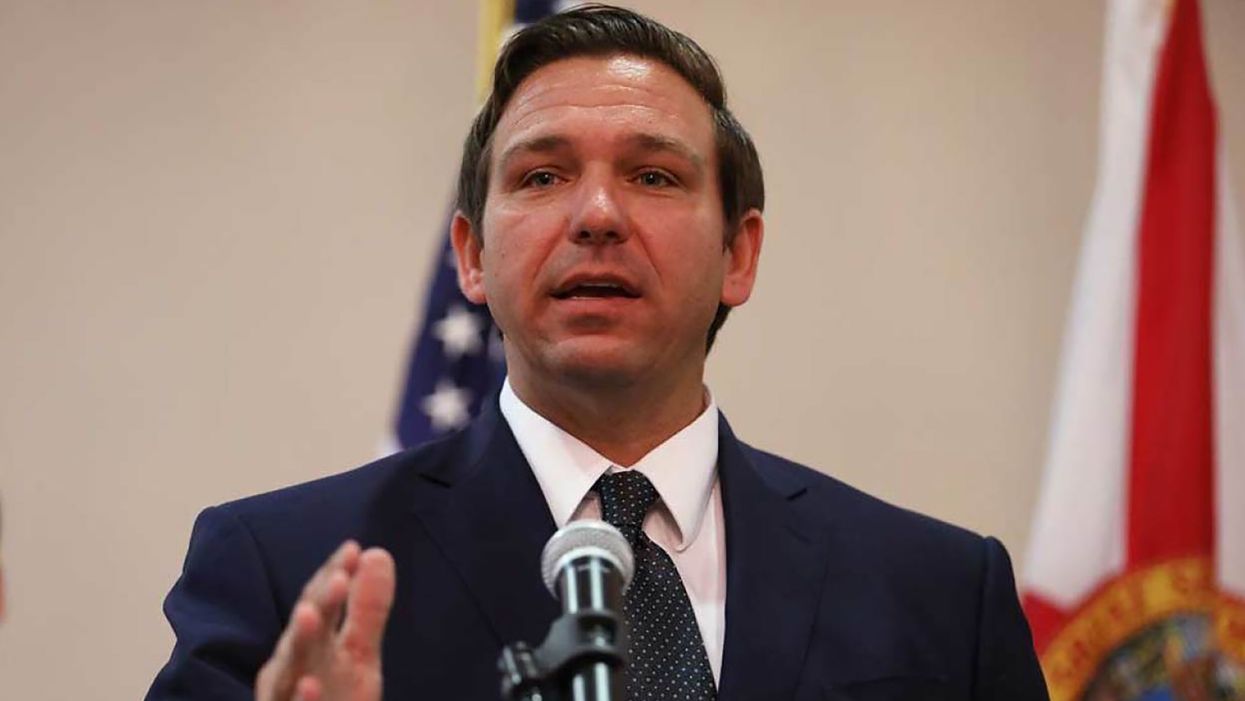 Critics of Florida Gov. Ron DeSantis have often accused the far-right Republican of cronyism, and now —according to CBS News' "60 Minutes," he is being scrutinized for the preference that pharmacies in Florida's Publix supermarket chain have been given when it comes to COVID-19 vaccines. Publix, "60 Minutes" has reported, donated $100,000 to a Republican super-PAC that supports DeSantis, and Publix was chosen to distribute almost one-fourth of COVID-19 vaccines in the Sunshine State.

HuffPost reporter Mary Papenfuss notes that "the money trail" with Publix and the super-PAC "was one of several linking wealthy supporters of DeSantis to special vaccine access, whether it was a greenlight to boost business as a vaccine provider, or special access to getting the shots." Many "desperate Floridians," she points out, have been "scrambling for vaccination" while areas with "wealthy GOP contributors" are "almost always coming out on top."

Publix, however, insists that there is no connection between the donation to the GOP super-PAC and being chosen to administer so many COVID-19 vaccines in Florida.

Florida Agricultural Commissioner Nikki Fried, a Democrat, has called for an investigation of "red carpet vaccine distribution" under DeSantis' watch. Papenfuss points out, "Fried cited reports that included nearly every individual over the age of 65 in Ocean Reef Club, a wealthy Key Largo enclave of GOP contributors, received vaccines by the middle of January. At the same time, people in most of the rest of the state were desperately scrambling to obtain vaccines."

At a press conference in March, Fried complained, "If this isn't public corruption, I don't know what is." And former Florida Gov. Charlie Crist, in an official statement, said, "In Gov. DeSantis' Florida, money and power rule and everyone else is at the back of the line. This callous, cruel and compassionless policy makes 'Hunger Games' an apt metaphor."

#60Minutes made it crystal clear. In @GovRonDeSantis's Florida, the wealthy get early access to vaccines. For eve… https://t.co/JJAAxDeAdS
— Charlie Crist (@Charlie Crist)1617579808.0