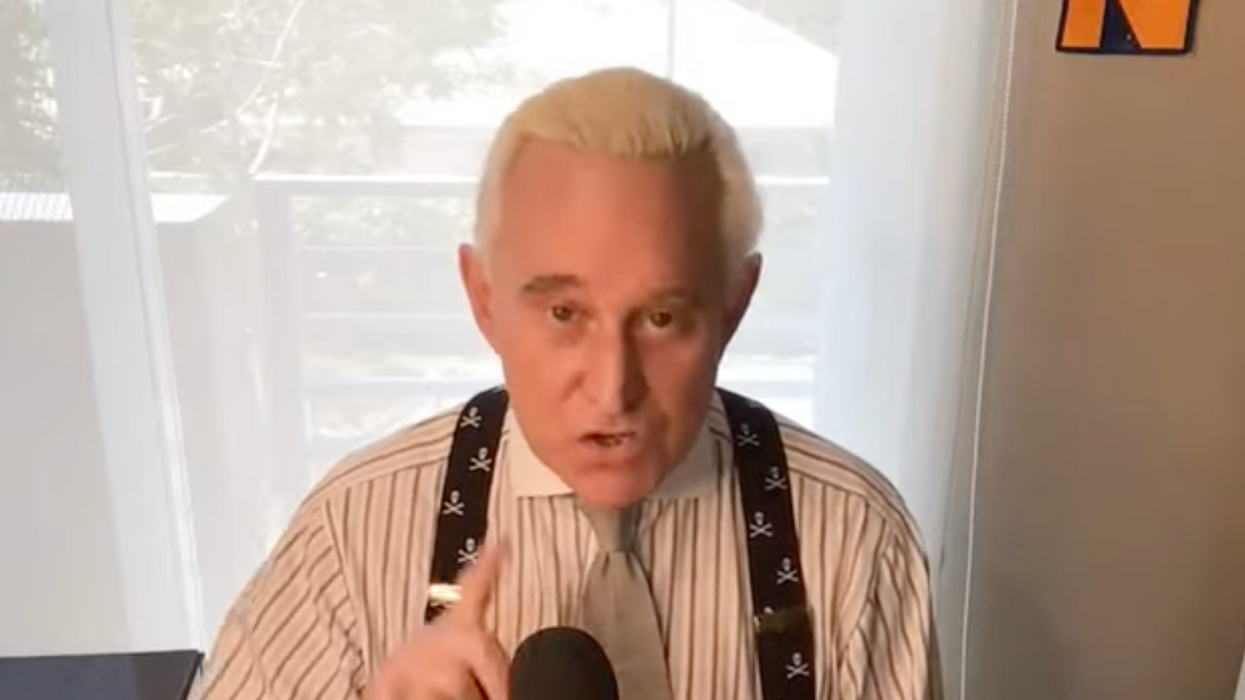 Notorious GOP operative and informal Trump adviser Roger Stone, who previously urged embattled Rep. Matt Gaetz, R-Fla., to go on "offense" and make cable news appearances, has gone silent on the matter following a series of news reports detailing the widening scandal around the firebrand lawmaker. Stone's apparent pullback comes as former President Trump reportedly rejected an invite to meet with the congressman, and while denizens of TrumpWorld are not precisely flocking to Gaetz's defense.

"He needs to go on offense, this is right upfront in Stone's Rules," Stone said on Alex Jones' program on April 2. "The left-wing, non-journalist, fake-news media are the most vicious, malicious, dishonest people that I have ever come across. All of these stories that are maligning Matt Gaetz today are based on leaks. Where is the beef? Where are the facts? I don't think there are any facts. I think this is a good old-fashioned smear." Stone went on to encourage Gaetz to stay in the public eye, not hide in a "hole" and make additional TV appearances.

"He [Matt Gaetz] should not go hide in a hole, he should be out there, like he was on Tucker [Carlson] last night," Stone declared.

Since Stone's initial remarks, an expositive April 9 report from The Daily Beast outlined that Gaetz allegedly sent a $900 Venmo payment to several young women through Seminole County Tax Collector Joel Greenberg in May 2018. Greenberg, a flamboyant figure in Florida politics, has reportedly been under investigation for some time and now faces multiple charges of sex trafficking.

Stone, who at one time posted virtually nonstop on Parler about Gaetz's innocence, has since gone silent on the matter online and in media appearances and hasn't mentioned the Gaetz saga on his newly minted TikTok account. "The 'leaked' smear on Congressman Matt Gaetz is an extortion play and an effort to destroy the up and coming conservative leader who has the balls to call the left out," Stone wrote on Parler at the beginning of the month.

Roger Stone, one of Matt Gaetz's most prominent supporters who a week ago was telling the congressman to go on the… https://t.co/X75PB9bfIp
— Zachary Petrizzo (@Zachary Petrizzo)1618154949.0

Salon checked in with Stone last Thursday and Friday, seeking to inquire whether he still believes the Florida congressman is innocent. A few days passed, and Salon heard nothing back anything until the above tweet sent out by this reporter, which noted that Stone has gone silent on Gaetz. Shortly after that tweet was sent, Stone responded to Salon early on Monday morning, never directly mentioning the Gaetz scandal but taking swings at the media, a classic Stone tactic.

"Much like Salon, nothing reported in the Daily Beast can be considered either true or accurate," Stone told Salon in an email on Monday. When asked a series of additional questions regarding GaetzGate, Stone simply responded, "Stay tuned."