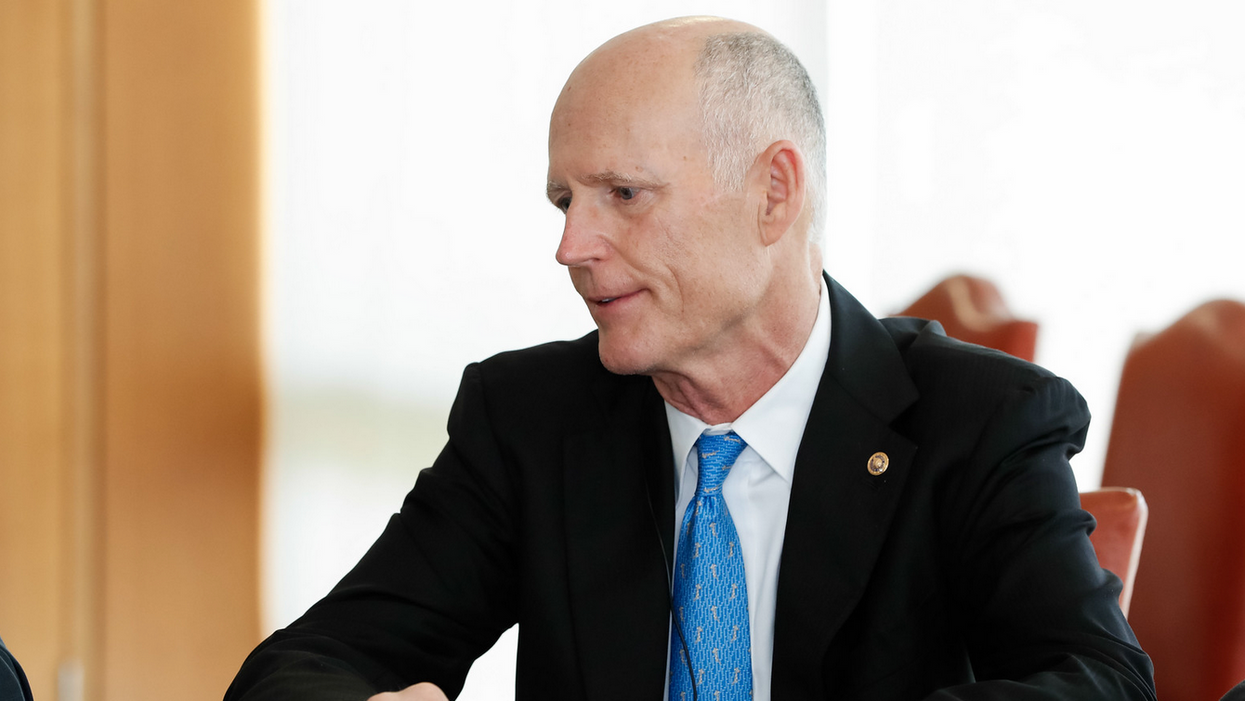 As the CEO of the single largest for-profit health care company in the country, Rick Scott was forced to resign and the corporation he helped create and ran pleaded guilty to 14 felonies and agreed to a nearly $2 billion fraud settlement.

On Monday, Senator Rick Scott (R-FL) penned a highly-indignant, caustic, and sarcastic Fox Business News op-ed threatening "Woke Corporate America," It tells them to "beware of the backlash that's coming," and says, ironically, "It turns out that power does corrupt, and you have become corrupt."

They are standing up for civil rights and voting rights, while attacking those who call voter suppression bills "racist."

Scott, who served two terms as a Florida Republican governor and increasingly has become a pro-Trump MAGA acolyte and far right wing Republican, sounds more like Donald Trump in his op-ed than Donald Trump.

"Dear Woke Corporate America," he begins, "I hope you are all having fun with your virtue signaling. I hope you are enjoying trying to one-up each other and showing how woke you can be, all the while believing that you are more sophisticated and morally superior to the hard-working people of this country."

"You must have loved the accolades from your elitist, left-wing peers when you took the MLB All-Star Game from Georgia. What a fun day for you on Twitter. Congratulations."

"You are lying to Americans, lying to each other, and lying to yourselves. You know that everything you have said about the election reforms in Georgia being racist is a lie," Scott writes. "You know that the Georgia law actually expands early voting and does nothing to suppress or curtail the voting rights of anyone. And yes, the Georgia law requires an ID to vote. Well, so does Delta Airlines, and so does Major League Baseball in order to pick up tickets."

He even attacks "the President of the United States, Joe Biden, [who] shows you the way. He demonstrates how to lie in public and get away with it."

"There is a massive backlash coming. You will rue the day when it hits you. That day is November 8, 2022. That is the day Republicans will take back the Senate and the House. It will be a day of reckoning," Scott says.

"So, cancel as many people as you can right now. Make as much money off of slave labor in Communist China as you can now. Keep telling your customers how racist and sexist and unsophisticated they are."

Scott is rumored to be a 2024 presidential hopeful.