Why Republicans are trying to drive us insane 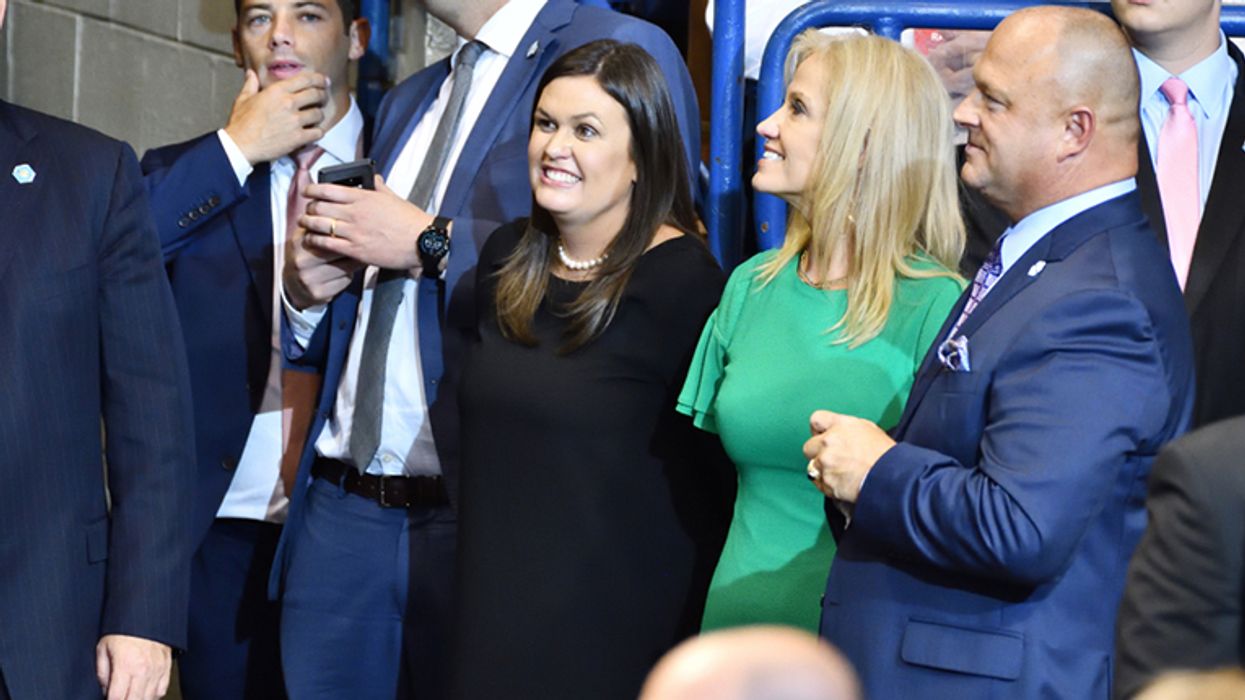 Forgive me for repeating myself. The right-wing media apparatus, which is global in scale, is so powerful it can bend political reality. The latest evidence comes from James Carville, whom I'd normally recommend ignoring with prejudice. The former adviser to Bill Clinton and cable-news talking head said recently the Democrats should put the kibosh on talking about "wokeness." Normal people just don't talk like that.1

Carville hasn't been right about much in quite some time. (He thought United States Senator Michael Bennett should have been the Democratic Party's 2020 presidential nominee.) Moreover, political rhetoric of any kind being used now by the left or the right is almost certainly going to mean zip by 2022, by which time about 22 billion news cycles will have churned.2 Swing voters who make the difference will be thinking about pretty anything other than the boutique anxieties of out-of-touch consultants.

In fairness, I agree that normal people don't talk about "wokeness." In fairness, most normal people don't care. If "wokeness" is the word Democratic Party insiders and social-justice activists prefer in talking about the struggle for freedom and equality, more power to them. But if we're going to talk about what most normal people want from the Democrats, let's not forget their bias for reason, peace and prosperity. Above all, the truth. James Carville, in urging the Democrats to make like Republicans, is defeating his purpose. To make like a Republican is to make everyone feel crazy.

I mean "crazy" in the sense Harry Frankfurt intended. In 2006's On Truth, the moral philosopher described the ethical effect of lies. They are not just deceptions. They are not just duplicity. They are injuries. "Lies are designed to damage our grasp of reality," he wrote. "So they are intended, in a very real sense, to make us crazy." But more than that, they are authoritarian injuries. "The most irreducibly bad thing about lies is that they contrive to interfere with, and to impair, our natural effort to apprehend the real state of affairs," Frankfurt wrote. "They are designed to prevent us from being in touch with what is really going on. In telling his lie, the liar tries to mislead us into believing that the facts are other than they actually are. He tries to impose his will on us."4

The right-wing media apparatus, which is global in scale, told normal people over the weekend the Biden administration planned to limit meat-eating as part of its policies to combat climate change policies. The news ping-ponged across the apparatus until esteemed members of the Republican Party at the state and national levels denounced the plan as tyrannical. Thing is, it was "completely imaginary," wrote CNN's peerless Daniel Dale. "1) The Daily Mail ran an article that dishonestly connected Biden's climate plan with a not-at-all-about-Biden study. 2) Others on the right just ran with this." In typically methodical and painstaking fashion, he laid out what happened, how and why. Dale's job is chasing down serious public lies. Dale's job is keeping him busy.

But fact-checking serious public lies won't stop them. There are two reasons. One, the Republicans inhabit an almost purely fictional view of American politics. Two, neutral observers, like the Washington press corps and, to an extent, political consultants like James Carville, keep honoring that almost purely fictional view of American politics by taking it seriously. By honoring it by taking it seriously, the rest of us end up giving this almost purely fictional view of American politics enough leverage to bend reality and make everyone free crazy. It's plausible to say the Democrats should emulate the Republicans in order to win the congressional elections. As plausible, however, is to say that emulating them will chase swing voters by making them all feel crazy.

How do we stop it? I think by seeing through the lie to what's genuinely intended, which is to say, through the lie toward a conscious authoritarian intent to injure our democratic republic. Lying about the Biden administration's "war on meat" is by itself silly, but in context, a grotesque attempt to dominate not only a gullible television audience but hard-nosed empiricists like Daniel Dale whose life is almost totally consumed by fact-checking, which in turn consumes the energies of many more of us, which consumes the attention spans of people who want to talk about something else.

This kind of dominance is ideal for a party that has not only run out of ideas, but is hostile toward the idea of ideas. Ideas and a commitment to seeing them through require recognizing the legitimacy of those of a political opposition, which is impossible. Ideas and a commitment to seeing them through demand grounding in facts that the other side can debate with equal veracity. The Republican don't want that, because the Republicans can't win that way. So they have constructed a right-wing media apparatus, which is global in scale, in order to skip factual debate. With it, they can foment enough instability, chaos and, yes, insanity to create a desire among normal people for a strongman to come and fix things.5 They are, as Harry Frankfurt intimated, setting the groundwork for a fuhrer-king "to impose his will on us." The last thing the Democrats should be is complicit in the Republicans' descent to hell.