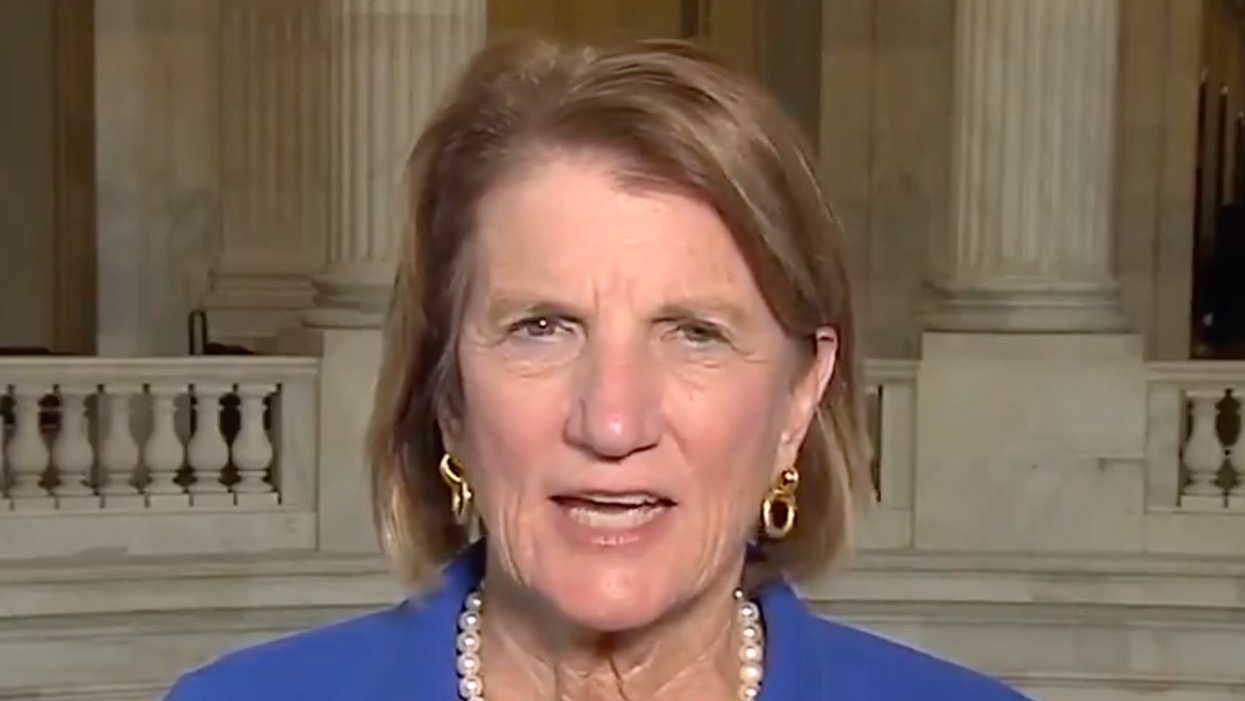 Remember back when Senate Republicans presented a ridiculously underfunded and insulting COVID-19 relief plan in response to President Joe Biden's American Rescue Plan? One that solved absolutely nothing for hurting Americans and was so blatantly bad that Biden had no qualms about dismissing it out of hand? How they were basically laughed out of the negotiating rooms?

Senate Republicans apparently don't remember it, because they're doing it again. To counter Biden's $2 trillion proposed investment in the American Jobs Plan to restore crumbling infrastructure and start to address the threat of climate change, Republicans have this: a $568 billion proposal limited almost entirely to transportation and broadband. And make Americans pay for it through higher fees for driving electric vehicles.

Demonstrating their rock-solid commitment to the fossil fuel technology of the last century, the Republican plan doubles what Biden would spend on roads and bridges, $299 billion. It would spend the remainder on narrow range of other projects, including $61 billion for public transit, $44 billion for airports, $65 billion for broadband internet access, and $35 billion for water and wastewater projects. They seriously want to pay for this through user fees including new fees for owners of electric vehicles—penalizing the businesses and individuals who are trying to reduce their carbon output and save the world. (Because of course that's who Republicans think should be paying.) They also want to claw back any unspent COVID-19 relief money, because of course they do. They're Republicans.

This idea from Republicans is still basically just a sketch, but its lead author, West Virginia Republican Sen. Shelley Moore Capito, touts it as "the largest infrastructure investment Republicans have come forward with." Which is pretty pathetic when you really think about it. Much of it doesn't include any new spending projects but is just tacking some increases to existing programs.

Again, that's in contrast to the new programs Biden is proposing to expand the number of electric vehicles on the roads, to modernize schools and public housing, and to address not just climate change but social ills as well. That includes replacing every lead water pipe in the country. It includes addressing the decades of racial inequity in how this nation built itself.

That includes funds to find ways to "reconnect" communities of color that were bulldozed, paved under, and cut into parts by previous redevelopment and urban renewal programs that emphasized building highways to bring white suburbanites into cities by plowing through existing neighborhoods. So of course Republicans are opposed to that.

This is supposed to be the "good faith" effort to show they want to be engaged in this process. They have to at least pretend at this point, because it's what the American people want.

NEW POLL: There is overwhelming and bipartisan support for the American Jobs Plan and its clean energy investments. https://t.co/UTILBFuTR3
— Lori Lodes (@Lori Lodes)1619100658.0

What Republicans have come up with here isn't even enough to satisfy the Senate Democrats like Joe Manchin and Chris Coons, who have been insisting Republicans will help and that this can be done with bipartisanship. But what they were talking about was an $800 billion offer from Republicans, one that showed they were serious. What they got instead was this.

Republicans have no new ideas. They are so out of the habit of actual governing that the best they can do is crib stuff from previous bills and use pixie dust and "owning the libs" to pay for it. They're actually proud of this. They're bragging about how far they've been willing to go.