A storm is brewing in Arizona: Why QAnon is obsessed with the state's shady election audit 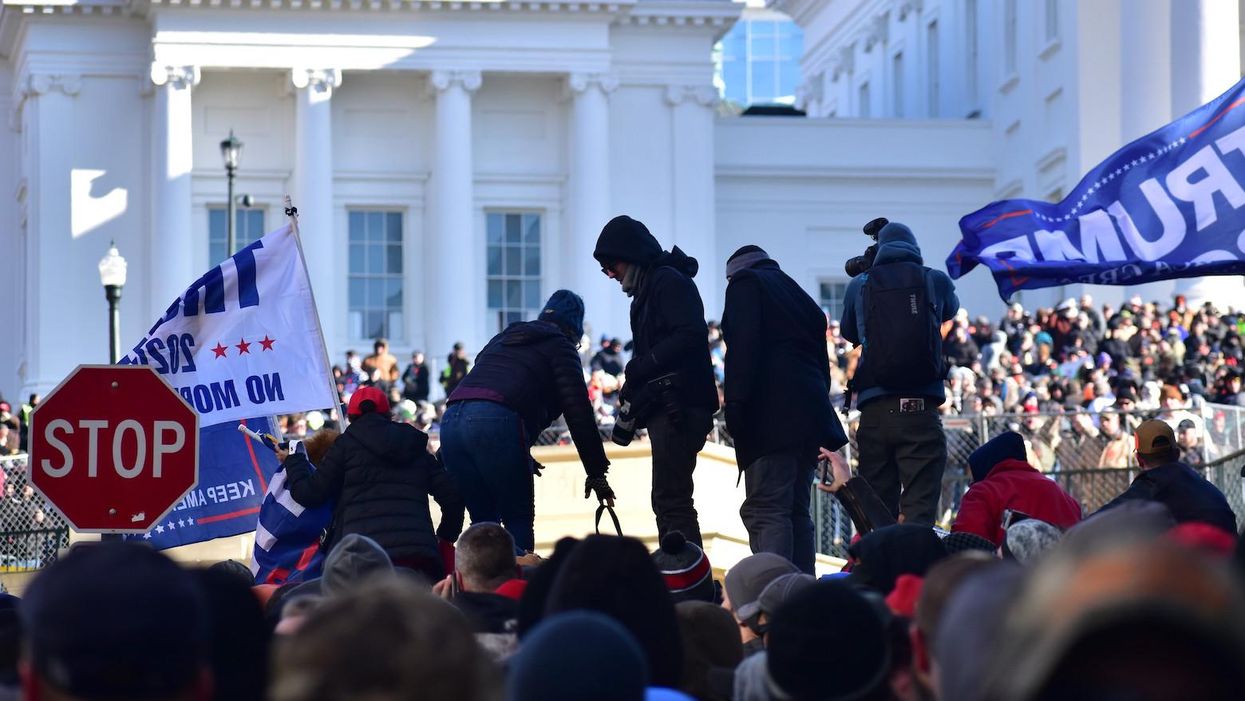 There is a storm brewing in Arizona. For the past week, Maricopa County — the state's major population center — which narrowly favored President Joe Biden during the 2020 general election, has been holding its very own election audit following demands from a Republican-led coalition to recount the ballots.

Stoking the fire behind the audit is an army of online QAnon conspiracy theorists, who have taken it upon themselves to fastidiously monitor live streams of each and every auditor in the Arizona Veterans Memorial Coliseum in Phoenix, where the recount is being held, according to VICE. Any suspicious activity seen in the streams is reportedly being flagged by QAnon fans, who then spread word of such activity on various fringe pro-Trump forums and QAnon Telegram channels, often attached to grandiose claims of election conspiracy.

Several prominent members of the MAGAverse have already taken the reins of the surveillance campaign, as VICE reported. Ron Watkins, the former administrator of the message board 8kun, which has been called "ground zero for QAnon," recently shared a series of videos alleging foul play by various auditors. "We are watching the auditors," Watkins wrote. "No shenanigans will get through the sharp eyes of the watchers." Watkins is believed by many to be the original architect behind Q, the anonymous leader whose online "drops" launched the QAnon conspiracy theories.

The audit is being conducted by Florida-based tech company Cyber Ninjas, owned by Doug Logan, a known QAnon conspiracy theorist who, in advance of the recount, speculated that it would garner an extra 200,000 votes for Donald Trump, according to the Huffington Post. Logan himself has widely spread false claims on Twitter that Trump lost the election due to systemic fraud, without of course supplying any evidence.

Arizona Republican officials had reportedly never heard of Cyber Ninjas, which has no known experience in auditing elections. On Friday, Maricopa County Superior Court Judge Christopher Coury demanded that the firm provide more transparency regarding its recount procedures. Cyber Ninjas has so far refused to hand over such information, claiming it would "compromise the security of its recount," according to The Arizona Republic. The company also alleged that divulging the details of its recount procedures would threaten its trade secrets.

Members of the MAGAverse have also bandied unsubstantiated fears that the left will attempt to physically shut down the recount in order to prevent Trump's miraculous return to office. (Which, to be clear, is a legal and constitutional impossibility.) According to the Daily Beast, many watching the auditors have expressed fear that the Arizona Rangers, a civilian law enforcement auxiliary that has been patrolling outside the recount premises, cannot provide enough security to ward off a leftist attack.

One MAGA influencer by the name of Joe M. stoked fears that Arizona Gov. Greg Ducey, who refused to fortify the audit's security detail at Trump's behest, speculated that Ducey's refusal indicates the presence of "domestic paramilitary paid mercenaries, cunningly named 'Antifa'" who "are on standby and will be deployed against American civil servants, and the public at large, when political and media subterfuge is no longer effective, and the true result is finally revealed."

Trump's former national security adviser, the Q-curious retired general Michael Flynn, claimed in a speech last month to have "intel" that antifa and Black Lives Matter activists "from Portland and Seattle" planned to come to Arizona "to disrupt finding the truth." No such invasion has occurred to this point.

The Arizona Rangers themselves attempted to allay security fears by sharing an article from the right-wing fringe news site Gateway Pundit, which only added fuel to the fire by claiming: "The Coliseum is well guarded and there are contingencies if someone tried to bully their way in. But the Democrats are desperate and will do anything — even steal an election to gain power."

On Thursday, the Arizona Democratic Party, along with the sole Democrat on the Maricopa County Board of Supervisors, filed a lawsuit against Republican State Senate President Karen Fann and Cyber Ninjas in a last-ditch attempt to put an end to the audit, according to AP News. The suit alleges that Fann and another GOP state senator have outsourced the recount to an "inexperienced third party with clear bias" who will cause "irreparable harm to the integrity of Arizona's election systems."

Jared Holt, resident fellow at the Atlantic Council 's Digital Forensic Research Lab, told Salon that members of QAnon are "anticipating discrepancies they hope will validate their false beliefs about the integrity of the vote."

"Even a minor flaw that does not alter the result of the final tally has the potential to revamp falsehoods about the election and inspire calls for additional recounts or further action," Holt explained. "Given how desperate these communities have proved themselves to be in their search for a smoking gun, it's hard to imagine a scenario where they would actually accept a finding that reveals no foul play. Many are seeking validation, not answers."