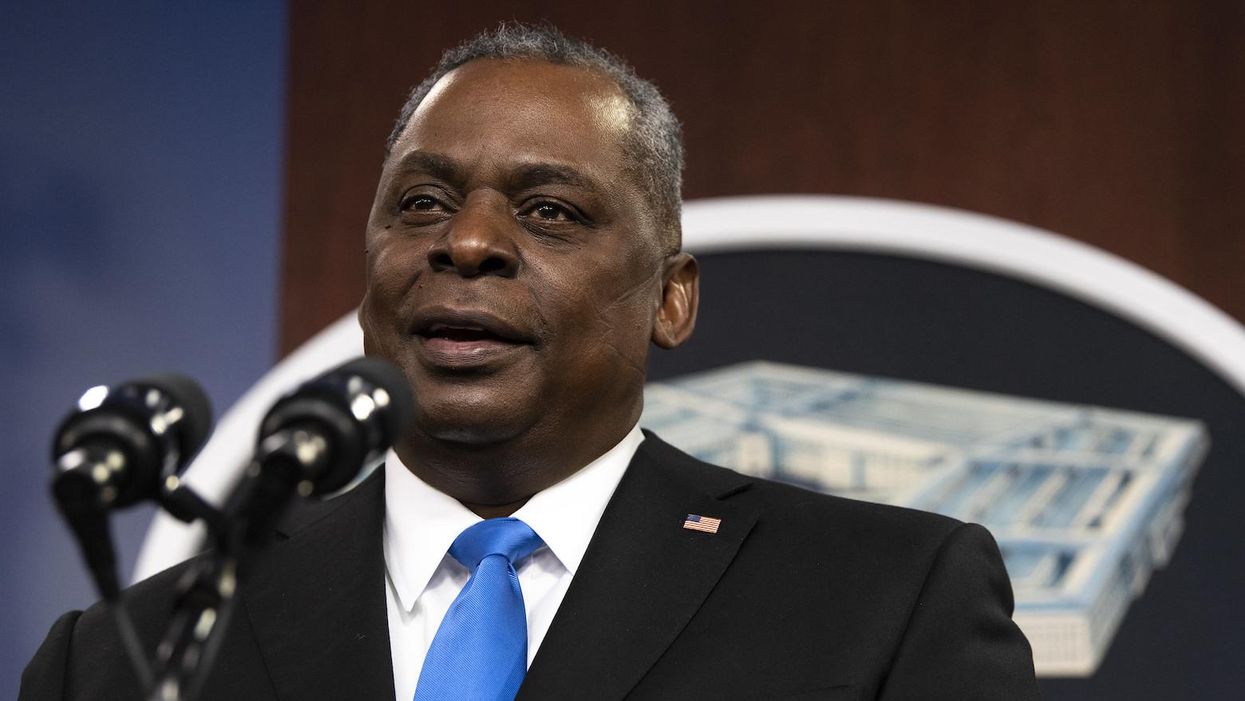 Reversing one of former President Donald Trump's most egregious civil rights rollbacks, the Department of Defense announced Wednesday—International Transgender Day of Visibility—that it would soon allow openly trans people to serve in the U.S. military.

In a statement, the Pentagon said that as of April 30, the Defense Department's Obama-era policy—which for the first time allowed trans people to serve—would be restored, "provided all appropriate standards are met."

Under the new policy (pdf), the military will bar discharge or denial of re-enlistment based on gender identity, as well as allow transgender troops to transition while serving. The Defense Health Agency will also establish clinical procedures for the treatment of troops diagnosed with gender dysphoria.

"These policies are based on the conclusion that open service by transgender persons who are subject to the same high standards and procedures as other service members with regard to medical fitness for duty, physical fitness, uniform and grooming standards, deployability, and retention is consistent with military service and readiness," the Pentagon said.

Emma Shinn, president of the trans troop advocacy group SPART*A and a captain in the Marine Corps, said in a statement that she is "elated that the approximately 15,000 transgender service members proudly serving across the globe can rest easier knowing that their service to our nation is seen, valued, and that they can continue to serve as their authentic selves."

Brock Stone, a petty officer first class in the Navy who sued the Trump administration, told The 19th that he is relieved by the policy shift.

"I joined the Navy in 2006 to serve my country, and my idea of patriotism includes speaking up for myself and anyone else who's being held down," Stone said. "No one in this country should be afraid to be themselves, to walk down a street, to apply for a job, to go out in public, or to exist."

"We are thrilled the military is putting this ugly and shameful chapter in our nation's history behind us and once again embracing our nation's highest ideals of equal opportunity for all," Shannon Minter, legal director at the National Center for Lesbian Rights—which fought in court for trans troops to serve openly again—told Vox.

Sarah Kate Ellis, president and CEO of the LGBTQ advocacy group GLAAD, said in a statement that "President [Joe] Biden and the Pentagon have moved swiftly and certainly to undo the discriminatory and unjust transgender military ban put in place by the former president."

"This is a great day for America's service members, who deserve a commander in chief who understands the service and sacrifice that come with putting on the uniform of the United States military," added Ellis.

There were thousands of transgender troops openly serving in the ranks without fuss, fanfare, or financial burden at the time of the Trump ban. According to a 2016 RAND Corporation study commissioned by the Pentagon, allowing trans people to openly serve would have a "minimal impact" on readiness and healthcare costs.

The RAND study estimated there would be but 30 to 140 new hormone treatments per year, and between 25 and 130 gender reassignment surgeries performed at a cost of $2.4 to $8.4 million dollars—less than the cost of one battle tank, or around 0.001% of the Pentagon's $824 billion budget at the time.

"So the biggest, baddest most $ military on Earth cries about a few trans people, but funds the F-35?" tweeted former soldier Chelsea Manning—who is trans—in July 2017, a reference to the $1.7 trillion fighter jet program. "Sounds like cowardice."