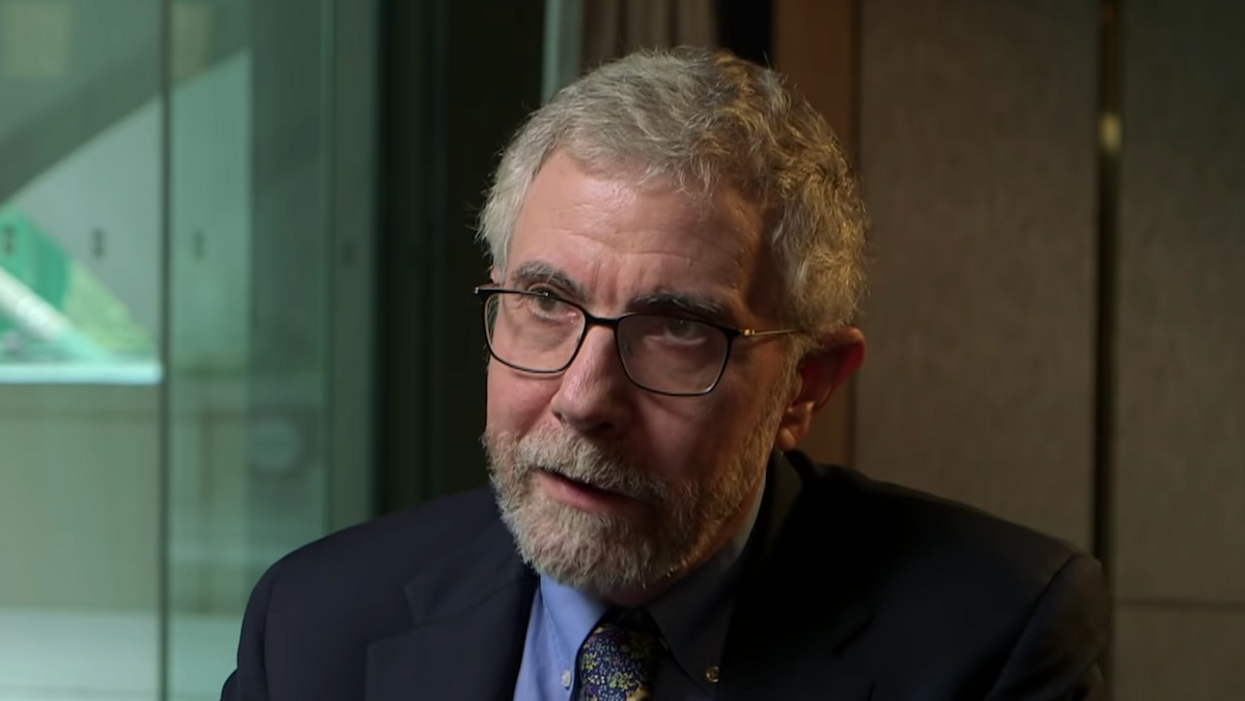 President Joe Biden has proposed a corporate tax hike as a way to pay for his ambitious infrastructure plan, and some Republicans are objecting vehemently — insisting that the Tax Cuts and Jobs Act of 2017 was a raging success. But liberal economist and New York Times columnist Paul Krugman disagrees, slamming the Trump-era GOP tax cuts as a "dismal failure" in a Twitter thread posted on April 5.

Passed when Donald Trump was president and Republicans controlled both branches of Congress, the Tax Cuts and Jobs Act lowered the United States' corporate tax rate from 35% to 21% — and Biden has proposed increasing it to 28%. Many Democrats have emphasized that the Republican tax cuts of late 2017 did precious little for the American middle class and greatly increased the federal deficit.

Krugman, in his Twitter thread, writes, "I've been a bit surprised to see some Republicans opposing Biden's plans by claiming that the Trump tax cut for corporations was a big success. I thought they'd gone into hiding given its dismal failure."

I've been a bit surprised to see some Republicans opposing Biden's plans by claiming that the Trump tax cut for cor… https://t.co/a2DQLYzQZ5
— Paul Krugman (@Paul Krugman)1617624138.0

The economist goes on to lay out some reasons why the Tax Cuts and Jobs Act was hardly the major success Republicans claimed it would be. Americans, he recalls, were "promised a huge surge in business investment" by Republicans — and he posts a chart that uses U.S. Bureau of Economic Analysis data to show that the "surge" never materialized.

I mean, we were promised a huge surge in business investment; here's what actually happened 2/ https://t.co/0MMGaFOddI
— Paul Krugman (@Paul Krugman)1617624200.0

Krugman adds that Republicans who are still defending the Tax Cuts and Jobs Act "have a long history of denying plain facts that conflict with their agenda "— for example, being in denial when there was a "surge in Obamacare enrollment" in 2014 during President Barack Obama's second term.

But silly me. The players involved here have a long history of denying plain facts that conflict with their agenda.… https://t.co/I5VzanLxHU
— Paul Krugman (@Paul Krugman)1617624279.0

The liberal economist wraps up his thread by predicting that if the U.S. economy "booms" under Biden's watch, Republicans will claim that Trump deserves the credit.

So I'll make a prediction: as the economy booms, we'll see claims both that the boom is fake, that Biden is cooking… https://t.co/FuCgNgQuYA
— Paul Krugman (@Paul Krugman)1617624402.0