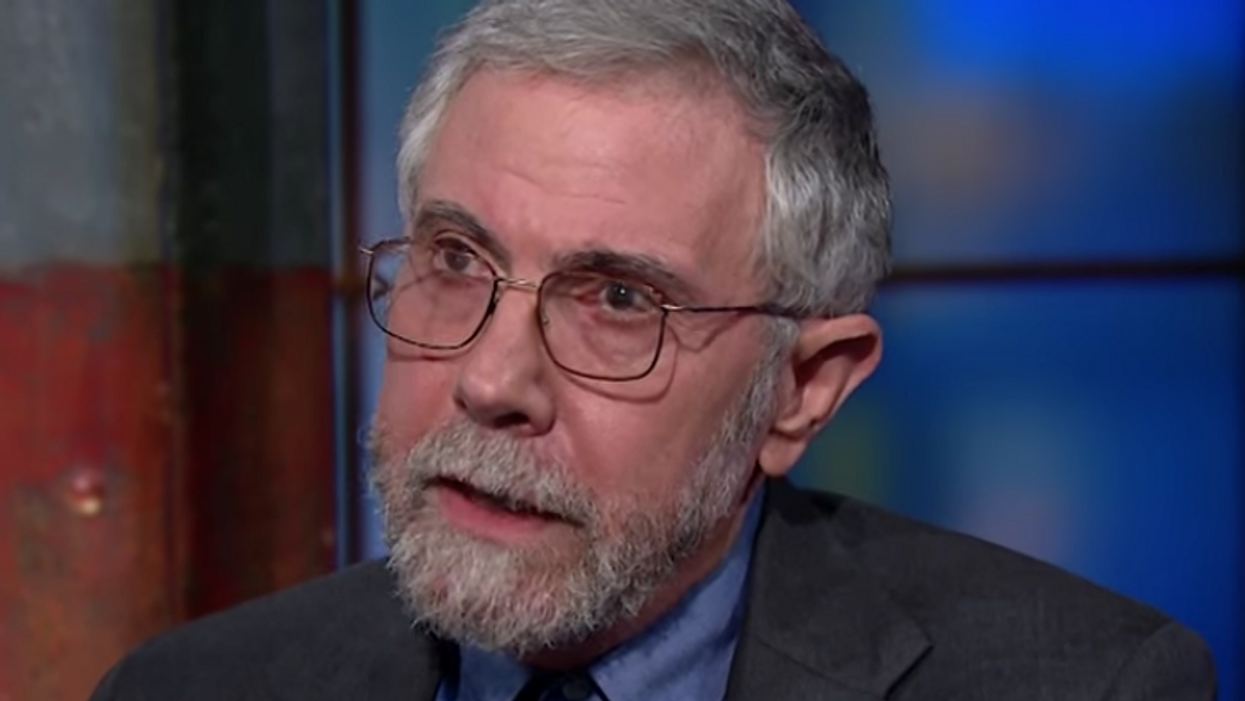 President Joe Biden has proposed raising the United States' corporate income tax rate from 21% to 28% in order to pay for the ambitious $2 trillion infrastructure plan he recently unveiled — a proposal that not surprisingly, many Republican politicians oppose. Liberal economist and New York Times columnist Paul Krugman has been highly critical of the GOP-sponsored Tax Cuts and Jobs Act of 2017, which reduced corporates taxes to their current 21% rate. And in his Friday newsletter, Krugman lays out some reasons why he now believes that the Trump-era tax cuts were even worse than he originally thought.

Krugman recalls, "The rationale for the corporate tax cut…. wasn't about individual work effort; instead, it was about incentives to invest in the United States as opposed to other nations…. At the time, I accepted this logic, at least as a qualitative matter. I still thought the tax cut was a bad idea…. I was, it turned out, being too generous. As a 2019 analysis by the International Monetary Fund found, the Tax Cuts and Jobs Act ended up having no visible effect at all on business investment."

Krugman goes on to lay out some reasons why the corporate taxes of the Trump era were a "complete flop" and "failed so completely to deliver the promised surge in business investment."

"The big argument for cutting corporate taxes has long been that if we don't, corporations will move capital and jobs to lower-tax nations," Krugman writes. "And a casual look at the data suggests that this actually happens. U.S. corporations have a lot of overseas assets, and seem to favor countries with low tax rates. What we've learned over the past seven or eight years, however, is that we're mainly looking at accounting tricks rather than real capital flight to avoid taxes."

Krugman notes that "most overseas profits reported by U.S. corporations are in tiny tax havens that can't realistically be major profit centers."

"So, one way to think about the failure of the Trump tax cut is that it didn't reverse capital flight because the capital flight never happened in the first place," Krugman argues. "In effect, the U.S. government gave up hundreds of billions of dollars to fix a nonexistent problem."

Krugman, in his Times column and Twitter posts, has been applauding Biden's desire to invest in infrastructure. But the president will have to convince enough members of Congress to vote for an infrastructure bill. Although Democrats presently control both houses of Congress, their majority in the U.S. Senate is razor-thin. And Krugman concludes his newsletter by noting that it remains to be seen whether or not Biden will get the tax policy he is hoping for.

"Now, the Biden administration wants to go after the real problem, which was always tax avoidance — not loss of jobs to foreigners," Krugman writes. "Will they manage to pass the necessary legislation? We'll just have to wait and see."