'Conservatives beware': Paul Krugman explains why Biden's ambitions are a big threat to the GOP 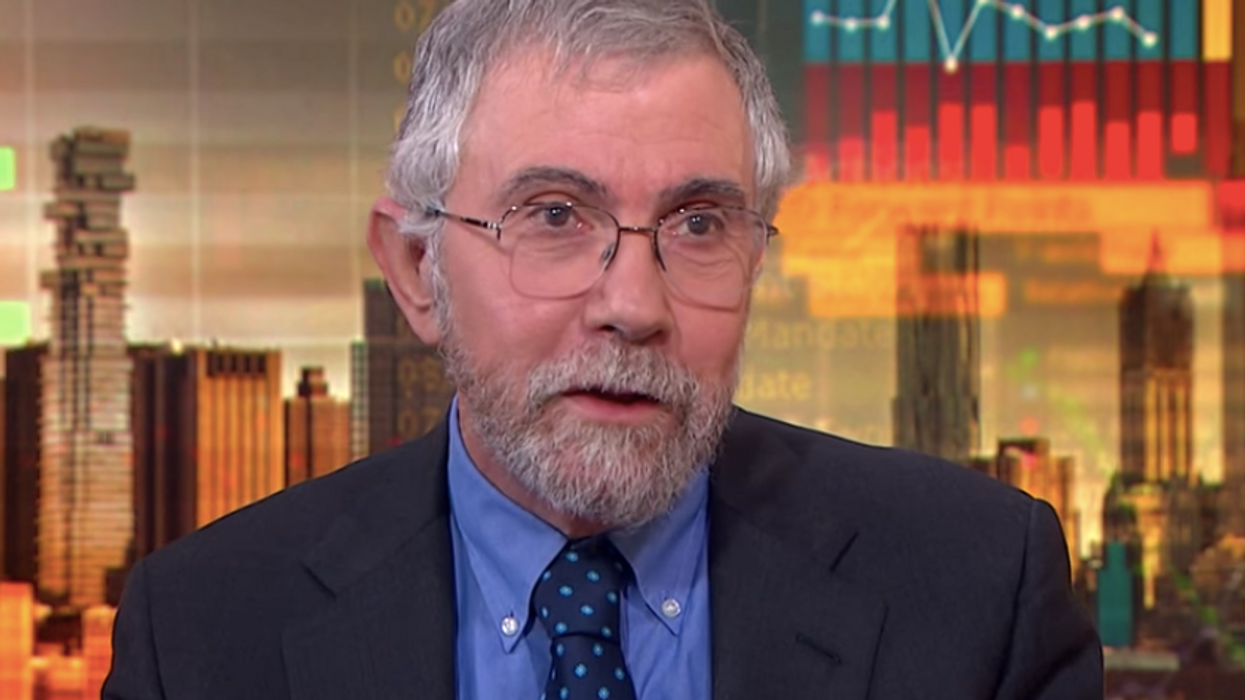 Proponents of New Deal/Great Society liberalism have long argued that social programs and policies that help the middle class are not anti-business, but are good for business — and liberal economist Paul Krugman takes a Biden-era approach to that theme this week in his New York Times column. Analyzing the American Family Plan and other proposals coming from President Joe Biden and/or Democrats in Congress, Krugman lays out some reasons why social safety net programs are pro-business.

"Conservatives beware: If the main elements in Joe Biden's American Family Plan become law, they'll be very hard to repeal," Krugman writes. "Why? Because they'll deliver huge, indeed transformational benefits to millions. I mean, just imagine trying to take away affordable child care, universal pre-K and paid leave for new parents once they've become part of the fabric of our society. You'd face a backlash far worse than the one that followed Republican attempts to eliminate protection for coverage of pre-existing health conditions in 2017."

Following Biden's Wednesday night speech before Congress, Republican Sen. Tim Scott of South Carolina offered a rebuttal. Scott, during a speech that Krugman describes as "low-energy," criticized Biden for pushing "the biggest job-killing tax hikes in a generation" — and Krugman explains why Scott's analysis is flawed.

"Indeed, Biden intends to pay for his proposals with higher taxes on corporations and high-income individuals, including a dastardly plan to give the Internal Revenue Service enough resources to crack down on wealthy tax cheats," Krugman writes. "It's important, then, to realize that the (American) Family Plan would, if enacted, be a major job creator. That is, it would increase the number of Americans — women in particular — in paid employment substantially, probably by several million."

Krugman goes on to explain why raising taxes on the wealthiest Americans is not the job killer that Scott and other Republicans claim it is.

"Scott's rejoinder to Biden appeared to suggest that the 1993 (Bill) Clinton tax hike killed jobs; in reality, the United States added 23 million jobs on Clinton's watch," Krugman notes. "People also seem to forget that Barack Obama presided over a significant hike in high-end taxes at the beginning of his second term; the economy continued to add jobs rapidly, at the rate of about 2.5 million a year."

The economic policies of President Franklin Delano Roosevelt during the 1930s and President Lyndon B. Johnson during the 1960s were not only influential in the United States — many liberal and progressive European politicians were influenced by them. And typically, the ultra-wealthy pay higher taxes in European countries than their U.S. counterparts.

Krugman observes, "It's also instructive to compare the United States with other advanced countries, almost all of which have higher taxes and more generous social benefits than we do…. Many Americans would, I suspect, be surprised to learn that the truth is that many high-tax, high-benefit countries are quite successful at creating jobs. Take the case of France: Adults between the ages of 25 and 54, the prime working years, are more likely to be employed in France than they are in America, mainly because French women have a higher rate of paid employment than their American counterparts. The Nordic countries have an even larger employment advantage among women."

To further illustrate Krugman's point, unemployment rates in Europe in 2019, according to Statista, included 4.5% in Switzerland and 4.3% in the Netherlands.

Krugman writes, "How can employment be so high in countries with lots of 'job-killing' taxes? The answer is that taxes don't visibly kill jobs — but lack of child care does. Parents in many rich countries are able to take paid work because they have access to safe, affordable child care; in the United States such care is prohibitively expensive for many, if they can get it at all…. The American Family Plan would completely change this picture, providing free preschool for all 3- and 4-year-olds while limiting child care costs to no more than 7% of income for lower- and middle-income parents."


Reagan-era conservatives and libertarians were fond of saying that a country cannot tax its way to prosperity, but Krugman concludes his column by stressing that it's wrong to say that low taxes for the ultra-wealthy and job creation automatically go hand in hand.

"No, Biden's spending plans won't pay for themselves, but they'll cost taxpayers less than the headline numbers might suggest," Krugman argues. "And if these plans improve life for millions of Americans, will anyone besides professional ideologues care if they're 'big government?'"