Economist Paul Krugman: Republicans have no meaningful objections to Biden’s infrastructure plan — they simply 'want him to fail' 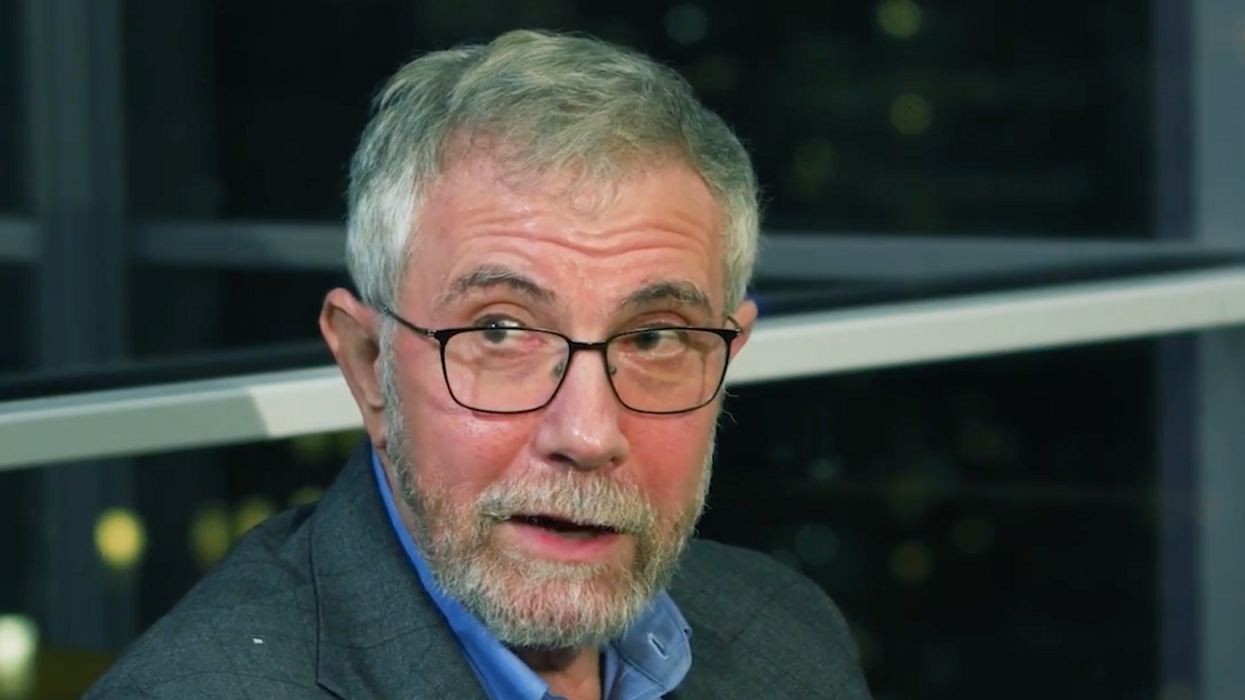 Having recently signed into law the American Rescue Plan Act of 2021 — a $1.9 trillion COVID-19 relief/economic stimulus package — President Joe Biden is now promoting an ambitious infrastructure plan. Many Republicans, not surprisingly, are railing against the plan. Liberal economist Paul Krugman discusses their opposition this week in his Times column, stressing that Republicans have no meaningful objections to it — they simply want to see Biden fail as president.

"Republicans have been having a hard time explaining why they oppose President Joe Biden's American Jobs Plan," Krugman explains. "Their real motives aren't a mystery. They want Biden to fail, just as they wanted President Barack Obama to fail, and will once again offer scorched-earth opposition to anything a Democratic president proposes. And they're especially opposed to public programs that might prove popular, and thereby help legitimize activist government in voters' minds."

Because "laying out those true motives" would not "play well with the electorate, Krugman writes, Republicans are "looking for alternative attack lines"—for example, arguing that "most of the proposed spending isn't really infrastructure."

"Being who they are, they can't help going to ludicrous extremes and their claims that only a few percent of the proposal is 'real' infrastructure are easily debunked," Krugman emphasizes. "The only way to get anywhere close to their numbers is to declare, bizarrely, that only pouring concrete for transportation counts, which means excluding spending on such essentials for a modern economy as clean water, reliable electricity, access to broadband and more.

We know a lot about the consequences of investing in people as well as physical infrastructure — and the positive s… https://t.co/9KZgpzpow9
— Paul Krugman (@Paul Krugman)1617713557.0

Krugman adds that it is ridiculous to say that tech, which is an important part of Biden's Build Back Better agenda, has nothing to do with infrastructure.

Krugman also cites green energy as relevant to infrastructure, saying that it is the "wake of the future"—not "flake hippie stuff."

"Should the softer, less tangible parts of the Biden spending agenda — encouragement of new technologies, especially electric vehicles, aid to education and more broadly to families with children — be considered 'infrastructure?," Krugman writes. "The right answer is, who cares? It's all productive investment in the nation's future. And the future needs work."