'Stop this onslaught': Pat Robertson comes out with a surprising rebuke of police killings and abuse 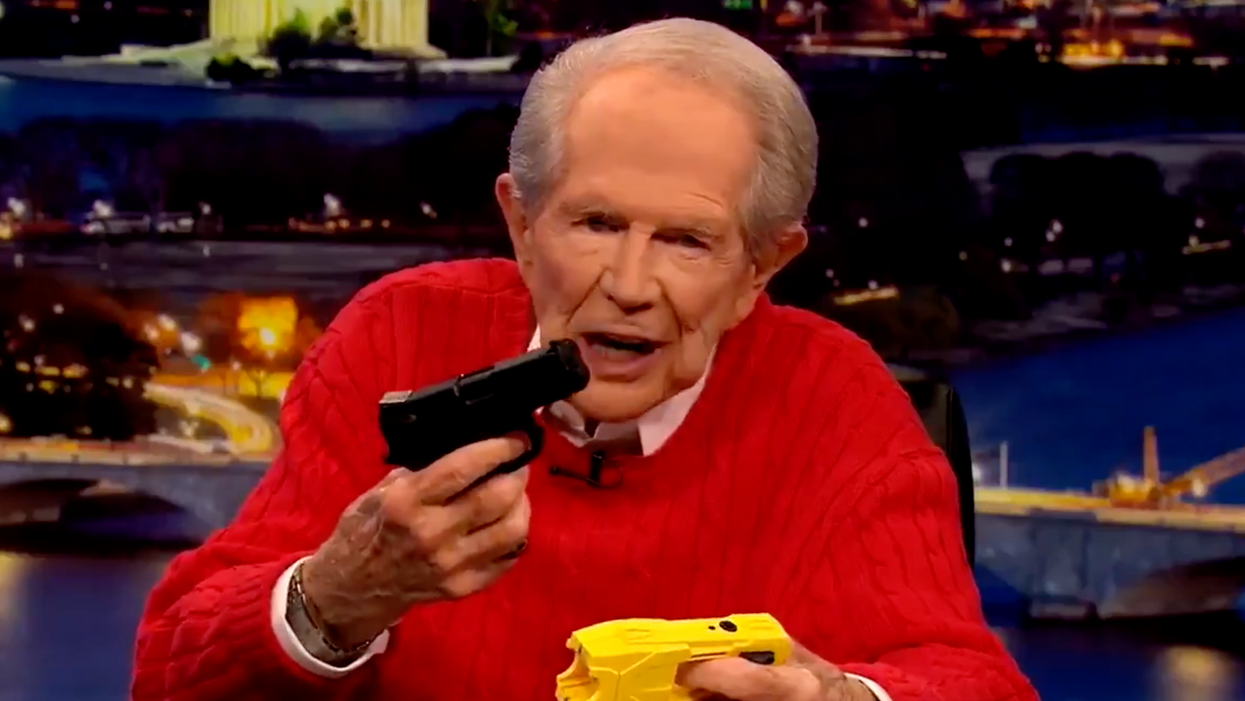 "She shot that poor guy to death," said Robertson, who is considered a far right wing conservative who toes the partisan line, in a surprising segment Thursday on his "700 Club" show. He was speaking of former Brooklyn Center, Minnesota police officer Kim Potter, who allegedly thought she had pulled out her taser, but instead was holding her handgun when she pulled the trigger shooting a single bullet into Daunte Wright's chest. He died minutes later.

"You can feel the difference. There's just no comparison," Robertson said as he weighed both a handgun and a taser in his hands. "If you can't tell the difference in the field it's crazy."

"She deserves – " Robertson said, apparently about to criticize Potter, before stopping himself.

"You know, I am pro-police folks, I think we need the police, we need their service, and they do a good job," Robertson declared. "But if they don't stop this onslaught, they cannot do this."

"You know, the police in Virginia picked up a, a lieutenant in the Army, and began to give him trouble and our state police are highly trained, but why they didn't stop this," he said, referring to police who conducted a reportedly illegal traffic stop and then pepper-sprayed Second Lt. Caron Nazario, an Army medic.

"And this thing is going on in Minnesota," Robertson continued, referring to former police officer Derek Chauvin, currently on trial fo killing George Floyd by putting his knee on Floyd's neck for 9 minutes and 29 seconds.

"They ought to put him under the jail," Robertson said of Derek Chauvin, who he mentioned by name. "It's caused so much trouble, by kneeling on – the death of George Floyd – on his neck. It's just terrible, what's happening, and the police, why don't they open their eyes to what the public relations are, they've got to stop this."

When the police are starting to lose the approval of Pat Robertson, you know things are bad. https://t.co/Pu7tw6aoDC
— Zachary Petrizzo (@Zachary Petrizzo)1618502832.0