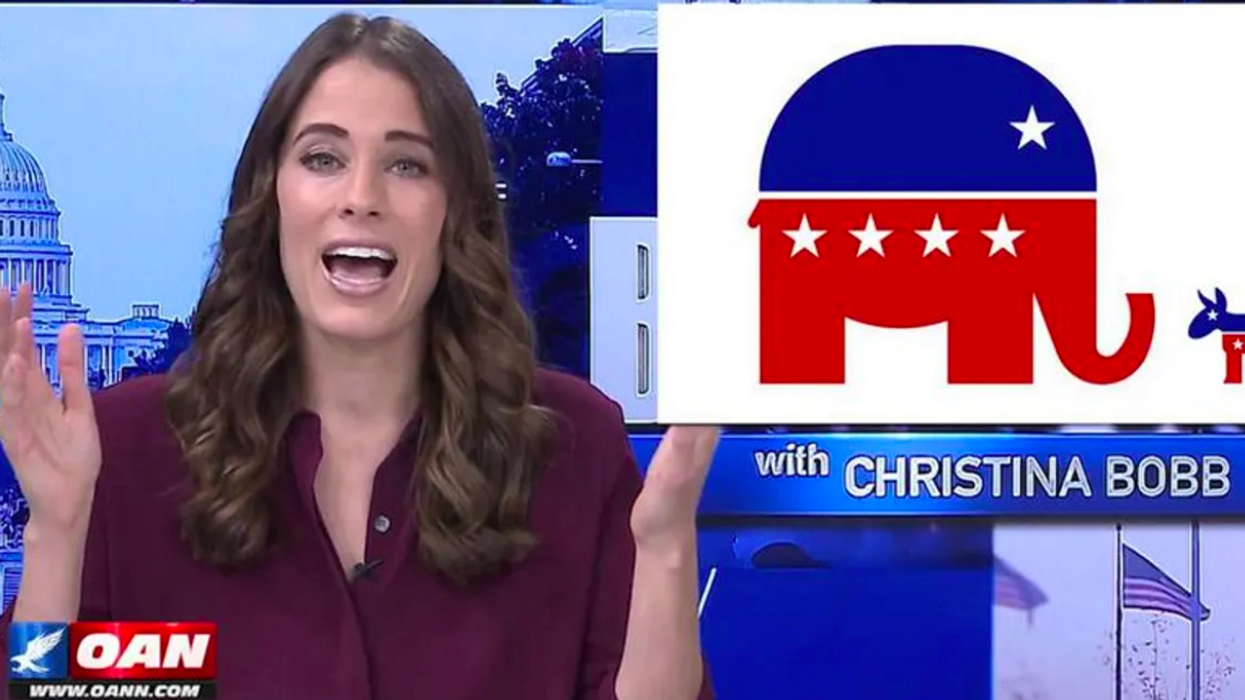 According to a report from the New York Times, more than a few employees at One America News Network (OAN) are unhappy with their employer because the network is still pushing the narrative that Donald Trump is the legitimate president of the United States -- and they just want it to stop.

The online news network, which became a favorite of Donald Trump after he turned on Fox News for not blindly supporting him and was the first to call Arizona for opponent Joe Biden on election night, is currently roiled by dissent from employees unhappy with the post-election coverage.

According to the Times' Rachel Abrams, as recently as March 28 the network was running a report asserting, "There's still serious doubts about who's actually president," and it is a not view shared by all the employees.

"In interviews with 18 current and former OAN newsroom employees, 16 said the channel had broadcast reports that they considered misleading, inaccurate or untrue," the report states, adding that one producer did admit that the direction the network has taken is concerning.

"Marty Golingan, a producer at the channel since 2016, said OAN had changed in recent years. At the start of his employment, he said, it concentrated more on neutral coverage based on reports from The Associated Press or Reuters. He saw it as a scrappy upstart where he could produce cheeky feature stories, he said," Abrams wrote. "During the Trump presidency, it moved right, Mr. Golingan said. And when he was watching coverage of the pro-Trump mob breaking into the Capitol, he said, he worried that his work might have helped inspire the attack."

"He added that he and others at OAN disagreed with much of the channel's coverage. 'The majority of people did not believe the voter fraud claims being run on the air,' Mr. Golingan said in an interview, referring to his colleagues," the report states. "He recalled seeing a photo of someone in the Capitol mob holding a flag emblazoned with the OAN logo. 'I was like, OK, that's not good,' Mr. Golingan said. 'That's what happens when people listen to us',"

"Allysia Britton, a news producer, said she was one of more than a dozen employees who had left OAN in the wake of the Capitol riot. She criticized some of what the channel had reported, saying it was not up to journalistic standards," the Times report states with Britton confessing, Many people have raised concerns. And the thing is, when people speak up about anything, you will get in trouble."

While OAN has so far avoided a lawsuit from Dominion Voting Systems over defamatory comments about election fraud, some employees wish one was forthcoming to change the culture at the network.

"Dominion has sued Fox News and two of Mr. Trump's lawyers, Rudolph W. Giuliani and Sidney Powell, accusing them of making or promoting defamatory claims. A lawyer for Dominion, who did not reply to requests for comment, has said the company is considering further legal action," the report states with producer Golingan saying "some OAN employees had hoped Dominion would sue the channel."

"A lot of people said, 'This is insane, and maybe if they sue us, we'll stop putting stories like this out,'" he said.