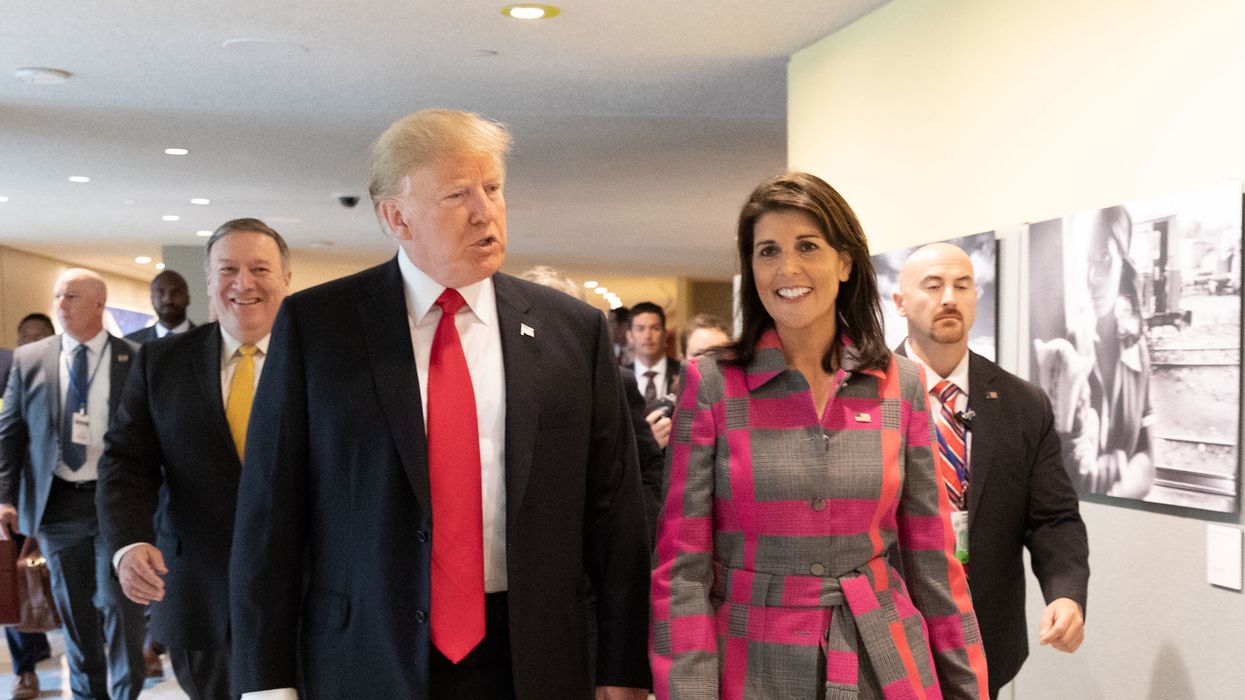 Nikki Haley wants to be president. But as she tries to navigate the tides of public opinion, she finds herself repeatedly thrashed about by forces she struggles to understand.

In her latest capitulation to circumstance, Haley reversed herself on President Donald Trump once again. Asked Monday at a press event if she would support Trump in 2024 if he ran for the White House, she was unequivocal.

As many people pointed out, Haley was singing a very different tune not very long ago. In an excellent profile by Politico's Tim Alberta, Haley predicted that Trump wouldn't run against, and said that his actions in the aftermath of the 2020 election precluded that possibility. She was positively scathing in her assessment of him:

I asked Haley whether she has spoken to Trump since January 6. She shook her head.
"When I tell you I'm angry, it's an understatement," Haley hissed, leaning forward as she spoke. "Mike has been nothing but loyal to that man. He's been nothing but a good friend of that man. … I am so disappointed in the fact that [despite] the loyalty and friendship he had with Mike Pence, that he would do that to him. Like, I'm disgusted by it."
...
"I think he's going to find himself further and further isolated," Haley said. "I think his business is suffering at this point. I think he's lost any sort of political viability he was going to have. I think he's lost his social media, which meant the world to him. I mean, I think he's lost the things that really could have kept him moving."
I reminded her that Trump has been left for dead before; that the base always rallied behind him. I also reminded her that the argument for impeachment—and conviction—is that he would be barred from holding federal office again.
"He's not going to run for federal office again," Haley said.
But what if he does? Or at least, what if he spends the next four years threatening to? Can the Republican Party heal with Trump in the picture?
"I don't think he's going to be in the picture," she said, matter-of-factly. "I don't think he can. He's fallen so far."
This was the most certainty I'd heard from any Republican in the aftermath of January 6. And Haley wasn't done.
"We need to acknowledge he let us down," she said. "He went down a path he shouldn't have, and we shouldn't have followed him, and we shouldn't have listened to him. And we can't let that ever happen again."

On Monday, though, she had nothing but positive things to say about Trump: "I had a great working relationship with him. I appreciated the way he let me do his job. I thought we did some fantastically great foreign policy things together. And look, I just want to keep building on what we accomplished and not watch it get torn down." (She also noted that he is "opinionated," referencing his recent criticisms of Republicans.)

It was an awkward display for Haley, who had often been accused of turning in whatever direction the wind blows. She was a sharp critic of Trump during the 2016 primary, only to join his administration and praise him effusively. She has tried to break with him in the past at other points, but she has consistently returned to his side, clearly inferring that there's no path for her to the presidency — or even to relevancy in GOP politics — if she makes him an enemy.

Alberta's profile showed Haley to be calculating and ruthless, driven primarily by a sense of her own personal advantage. In one event that stood out, however, he describes her as taking a bold risk to get the Confederate Flag taken down from the state capitol in South Carolina when she was governor, motivated in part by her moral conviction and her own experiences with racism. The gambit paid off, making her stand out as a powerful and seemingly principled political actor. It's possible she thought that speaking out against Trump after Jan. 6 could be a similarly galvanizing moment for her.

That's not the way it's playing out.