Democratic congressman calls for Justice Breyer to step down: 'My goodness, have we not learned our lesson? 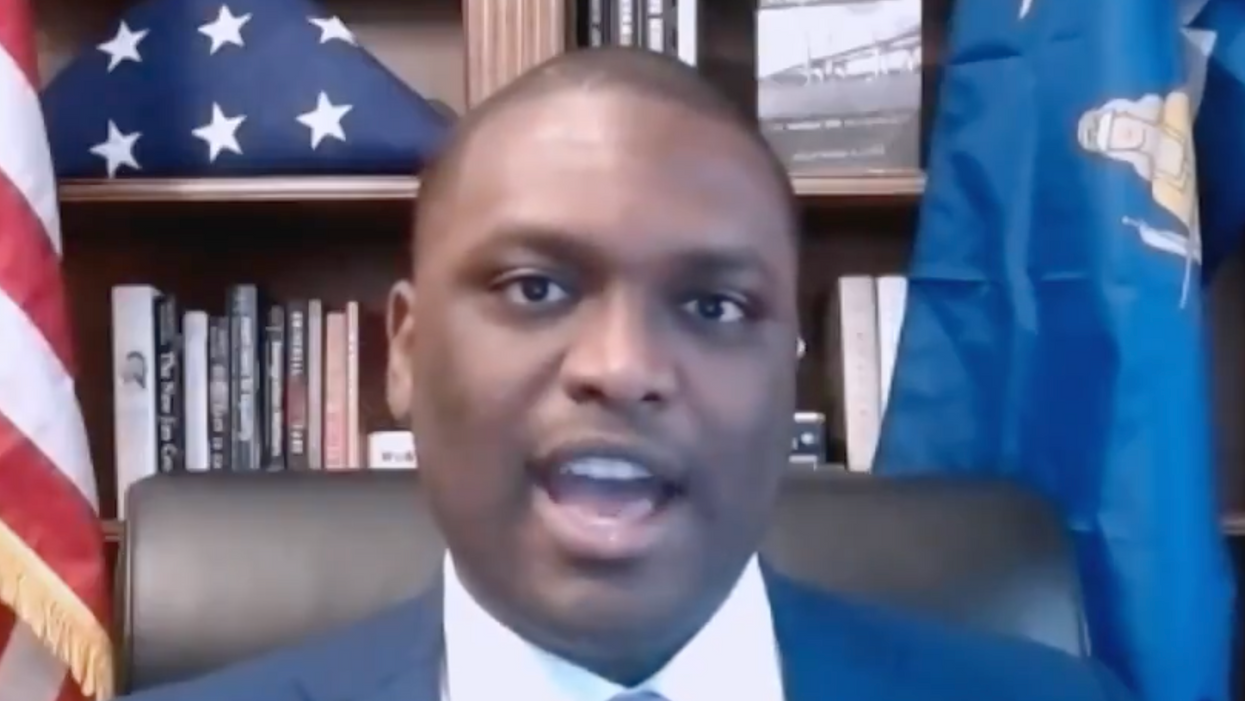 At 82, Bill Clinton appointee Stephen Breyer is now the oldest justice on the U.S. Supreme Court. Democratic Rep. Mondaire Jones of New York reflected on Breyer and the High Court's future during an interview with J.D. Durkin — and encouraged Breyer to retire when Democrats control the White House and the U.S. Senate.

Jones told Durkin, "There's no question that Justice Breyer, for whom I have great respect, should retire at the end of this term. I mean, my goodness, have we not learned our lesson?"

The "lesson" that Jones was obviously referring to was the death of Justice Ruth Bader Ginsburg, who was 87 when she died on September 18, 2020. Then-President Donald Trump wasted no time nominating Amy Coney Barrett for the seat, and then-Senate Majority Leader Mitch McConnell wasted no time ramming her confirmation through the U.S. Senate. Thus, a decidedly liberal justice, Ginsburg, was replaced by a far-right social conservative along the lines of Justice Clarence Thomas and the late Justice Antonin Scalia. A Supreme Court that already leaned to the right became even more right-wing.

Jones told Durkin, "I'm really excited about the opportunity for this president, President Biden, to appoint — and then, for the Senate to confirm — jurists on the Supreme Court who are not hostile to our democracy, who will adjudicate cases that will protect and preserve voting rights, and that will respect the will of Congress, frankly."

The congressman noted that in 2013, the High Court "struck down the heart of the Voting Rights Act" — adding that it is even "more conservative" now than it was eight years ago.

Axios' Jonathan Swan tweeted that Jones was saying something that many other Democrats are afraid to:

What @MondaireJones said is something many Democrats say privately but don't have the courage to say publicly https://t.co/lT0qlYY1fO
— Jonathan Swan (@Jonathan Swan)1618587643.0