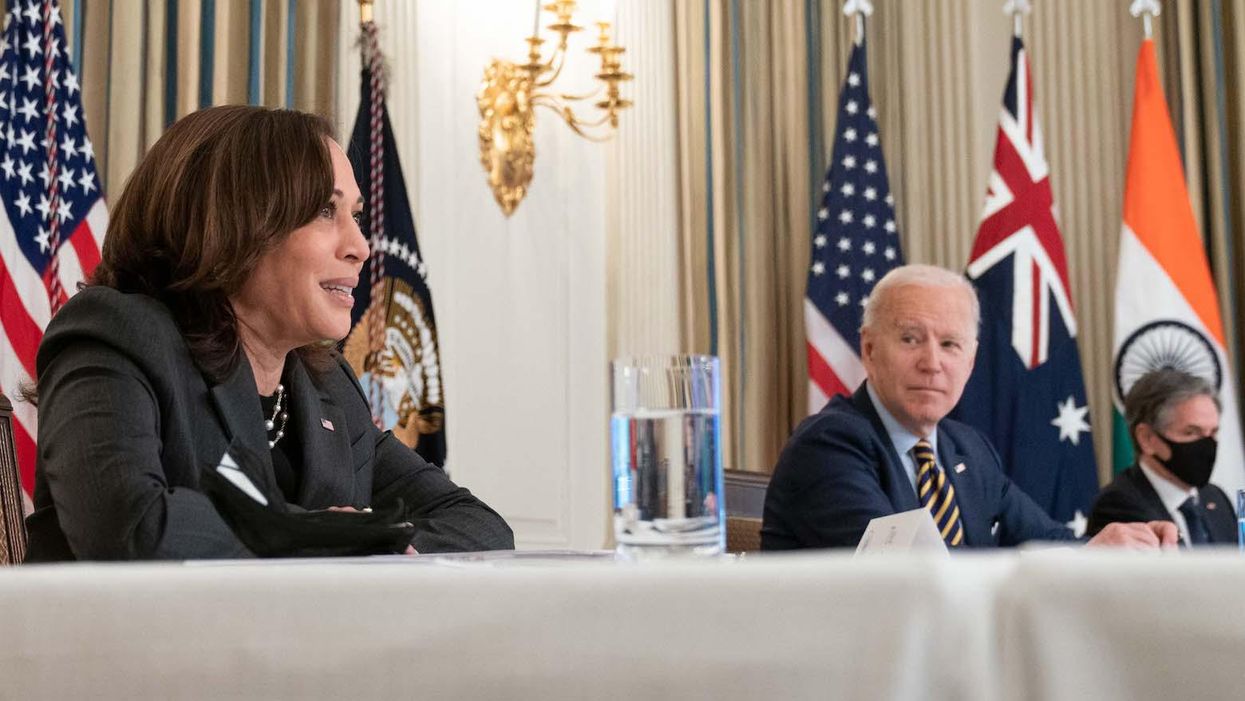 Most people seem to have accepted the truth about the so-called war on drugs. By that, I mean it was never about drugs. Its true target was non-white people, especially Black people. Its goal was social control. Slavery gave way to Jim Crow, which gave way to the mass incarceration of "undesirables." Illegal drugs were merely a pretext. These days, states are legalizing drugs. Some are even releasing people convicted of drug crimes. In all, we seem to be experiencing a new age of drug enlightenment.

If it isn't already, please permit me to make it clear. When the Republicans talk about "illegal immigrants," they're not talking about illegal action. They're giving voice to their real objectives. They want to punish immigrants for who they are. They can't outlaw them outright, of course. The Congress, the law, the courts and popular opinion would prevent that from happening. But they can expand the scope of political conflict so that legal behavior seems illegal, thus forcing the government to respond. The result is billions spent every year on securing a border that will never be secure. The result is billions wasted annually on punching down on the poor, the weak and the brown.

For instance, "unlawful entry." That's the offense of crossing the border without proper authorization. It's a misdemeanor. (I'm serious.) So is overstaying your work or student visa. These are crimes, to be sure, but hardly serious crimes. They don't rise to the level of a felony. They are not deserving of being ripped from one's family or community—presuming the point of the law is justice. It isn't for the Republicans. The point is dominance. So for a decade and more, they have expanded the meaning of a minor criminal offense so that it looks like a dangerous way-of-life threatening crime.

The same thing is being done to "refugees." Fact: Anyone traveling to the southern border to request political asylum is a temporary legal immigrant. Full stop. That's the law. Indeed, the statute requires US Customs and Border Protection to open a process by which the agency tries reconnecting refugees with family in the US. But what began with the Trump administration is being continued by the GOP. Anyone traveling to the southern border is being called "illegal," even if they're children. Another fact: Every one of those 22,000 migrant children in government custody is here legally.

The same thing is happening with respect to the "open border." Fact: There is no such thing. It is a complete fiction. The border is tightly regulated. The Democrats in the Congress are not trying to open it. The Biden administration wants nothing to do with the idea. What it does, however, is follow laws entitling asylum-seekers to a legal process. But because the Republicans have defined refugees as "illegal," that gives the impression the administration, which is following the law, is opening the border.

If 22,000 children are refugees, if they're entitled to ask for asylum and if the government is required by law to try connecting eligible refugees to family if possible, why is everyone talking about a "migration crisis"? Great question! There is currently no such thing as a migration crisis. Yet our national discourse is dominated by this fiction.

Partly, it's because the press corps is laundering right-wing talking points in order to get a reaction out of a Democratic administration. Partly, it's out of genuine concern about "social cohesion."1 But mostly, it's because the Republicans have expanded the scope of conflict by way of nonstop lying. It has made legal action seem illegal. Which brings us back to "border security." It's not about security. It's now about forcing a Democratic administration into acting in ways preferred by the Republican Party.

It nearly worked. The White House said last week it would cap the number of refugees allowed into the country at the same level established by the previous administration, at 15,000. This is almost certainly the result of the Republicans making it seem like the Biden administration was opening the border even as it was merely following the law. Fortunately, there was an enormous reaction from not just liberals but moderates like Dianne Feinstein. By Friday, the White House reversed course and did so in a hurry.

This seems to be the first step in a process that might bring "border security" to a similar level of awareness that the war on drugs has achieved. That first step is refusing to give liars the benefit of the doubt. Drugs were never a threat to the national interest. Immigrants will never be either. What is a national threat, however, is the harmful Republican pursuit of "border security" that just makes everyone less free.