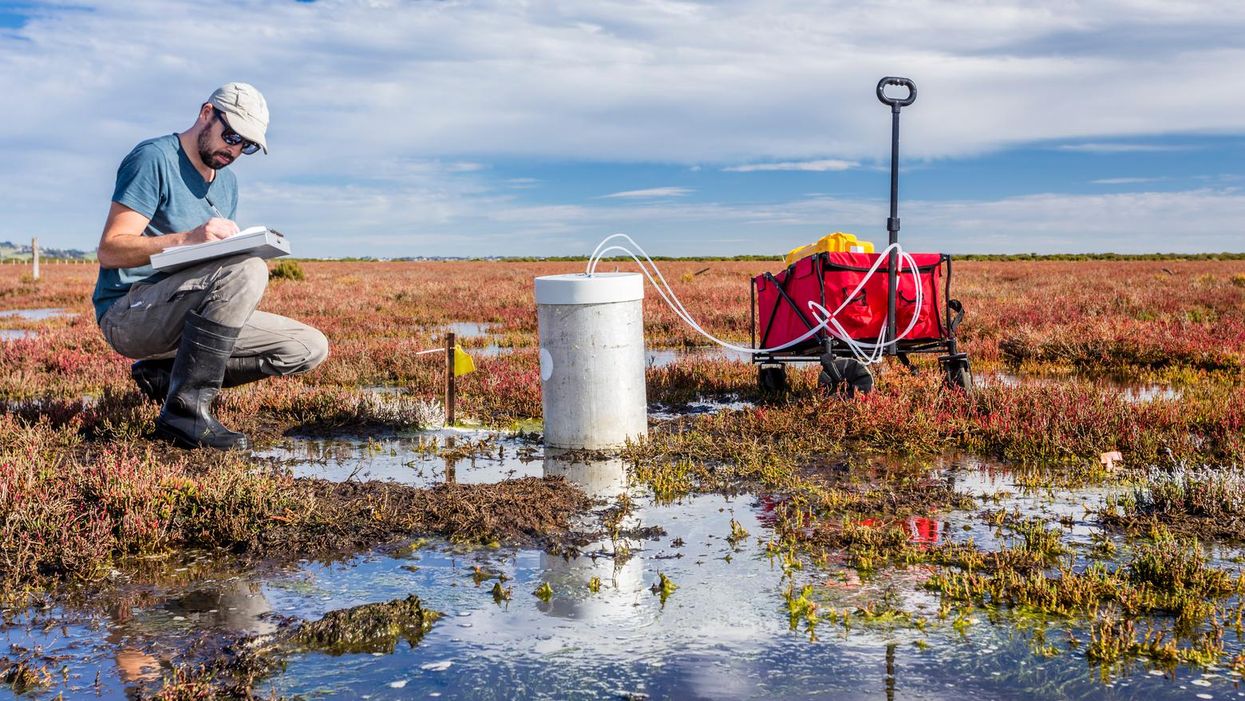 The United Nations will release a report next month on methane, calling for a reduction in emissions of the main component of natural gas to play a greater role in fighting the climate crisis—a step that could result in relatively rapid benefits for public health and the climate, according to scientists.

The report, which will be released by U.N.'s Climate and Clean Air Coalition and the U.N. Environment Program in the coming weeks, follows a pledge by U.S. President Joe Biden to reduce the country's carbon emissions by 50 to 52% below 2005 levels.

As Common Dreams reported earlier this month, a study released by the National Oceanic and Atmospheric Administration (NOAA) showed that both carbon and methane emissions rose in 2020 to levels unseen on the planet in more than three million years—despite the slowing of economic activity due to the coronavirus pandemic.

Recent studies suggest that the amount of methane released each year from oil and gas production, mainly from leaks in infrastructure, have been underestimated in the past while releases from cattle ranching and other sources may have been overstated.

Methane emissions could plummet by 45% by 2030 with a concerted effort to reduce the gas by the fossil fuel, agricultural, and waste sectors, according to the New York Times, which obtained a detailed summary of the U.N. report. That reduction would help keep the planet from warming by nearly 0.3°C by the 2040s.

As it stands, methane emissions are projected to rise through at least 2040, according to the U.N., and the report states that expanding the use of natural gas—which proponents have claimed is a cleaner and safer alternative to oil and coal—is not compatible with keeping the heating of the planet at or below 1.5°C.

Author and 350.org co-founder Bill McKibben called the upcoming report a "crucial study" for its clear-cut message about natural gas.

The fossil fuel industry is in the unique position of being able to quickly effect change, according to the U.N. Because methane lasts in the atmosphere for only about a decade after its release—unlike carbon, which lasts for hundreds of years—cutting methane emissions now could help to meet midcentury targets for fighting the planetary emergency.

"It's going to be next to impossible to remove enough carbon dioxide to get any real benefits for the climate in the first half of the century," Drew Shindell, the study's lead author and a professor at Duke University, told the Times. "But if we can make a big enough cut in methane in the next decade, we'll see public health benefits within the decade, and climate benefits within two decades."

While much of the focus in discussions about halting the climate crisis has revolved around carbon, methane warms the atmosphere more than 80 times as much as carbon does over a 20-year period.

The U.N. reports that slashing methane emissions from the fossil fuel sector could prevent more than 250,000 premature deaths and more than 750,000 hospitalizations each year starting in 2030. Methane is also responsible for the loss of more than 25 million crops per year, the Times reported.

The report comes days after U.S. Sen. Ed Markey (D-Mass.), a co-author of the Green New Deal, called on Biden to include specific language regarding methane in the country's nationally determined contribution (NDC), or its commitment to greenhouse gas reduction under the Paris climate agreement.

"Momentum is building for international action to curb dangerous methane pollution and mitigate the immediate threat of accelerated global warming," Markey wrote. "The United States has an opportunity to cement its position as a global leader through robust methane reduction targets and strategies."

The U.S. Senate is expected to vote this week on reversing former President Donald Trump's regulatory rollback regarding methane emissions.