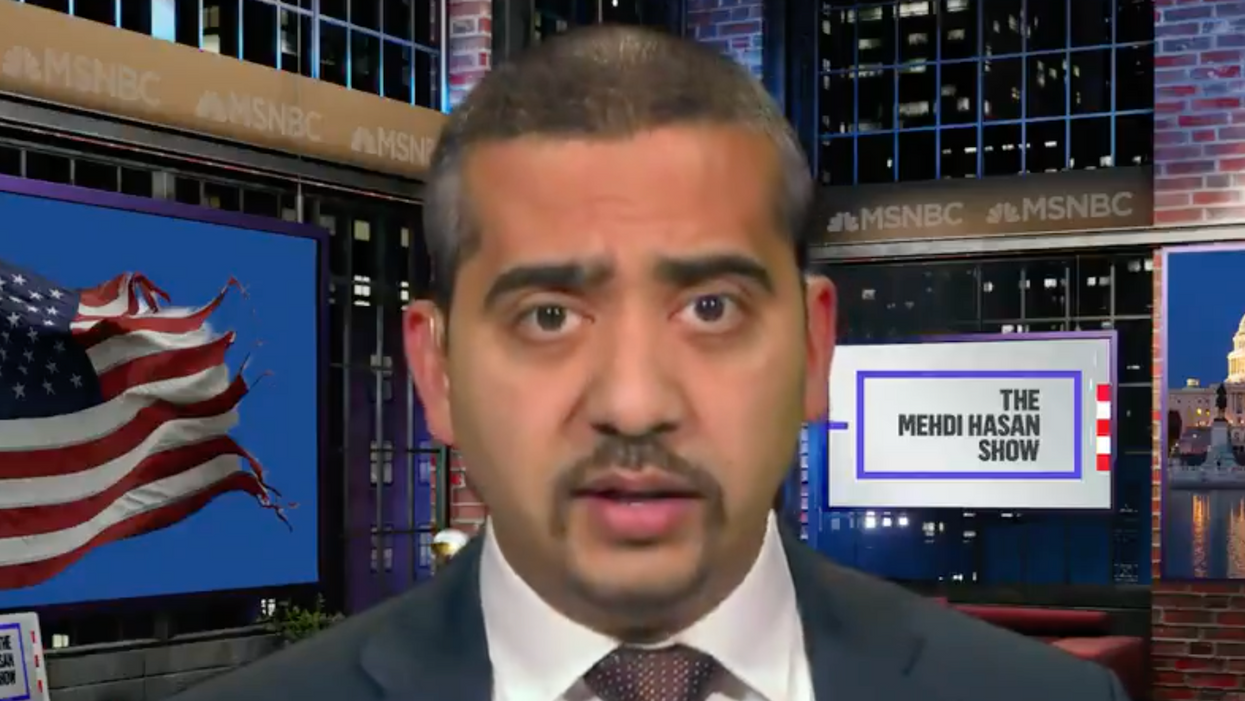 When now-President Joe Biden defeated Sen. Bernie Sanders, Sen. Elizabeth Warren and other progressives in the 2020 Democratic presidential primary, leftist journalist Mehdi Hasan had strong reservations about the centrist Democrat. But Hasan, who now hosts a Sunday night show on MSNBC, has said that he's been pleasantly surprised by Biden's presidency — and in an op-ed published by MSNBC's website this week, Hasan argues that Biden could go on to have a New Deal-like presidency if he heeds the advice of Democratic progressives.

The New Deal was the program of economic reforms that Democratic President Franklin Delano Roosevelt pushed in response to the Great Depression after enjoying a landslide victory over Republican President Herbert Hoover in 1932. During the 1930s, FDR's New Deal gave the U.S. everything from Social Security to its first federal minimum wage to major infrastructure projects.

He explained why he personally sees strong reasons for hope in Biden's presidency so far:

Yet he and his administration have spent these first 100 days embracing the progressive wing of his party, along with labor unions, youth groups, climate campaigners and sundry activists. "Progressives say they're being included, heard and respected by the Biden White House," Politico reported in February.
Compare and contrast this outreach with the Obama era, in which White House press secretary Robert Gibbs dismissed people on the "professional left" who "ought to be drug-tested," and White House chief of staff Rahm Emanuel denounced liberal activists as "f---ing retarded."
Biden, on the other hand, proudly invoked Vermont Sen. Bernie Sanders' support for the American Rescue Plan in the immediate aftermath of its passage through the Senate. His chief of staff, Ronald Klain, has been dubbed the "left whisperer," having become "a point of rapid response for many on the left who are angling to get within earshot of the president," The Daily Beast wrote.
...
Outside pressure works in myriad ways. Not only have activists pushed the centrist Biden toward more progressive goals on everything from the climate to infrastructure, they have also forced the administration to change course on certain issues, often reversing bad decisions or policies in the process.

At this point, though, Hasan doesn't see Biden as living up to his potential.

"Just by the numbers, Biden hasn't matched FDR's opening intensity," the 41-year-old Hasan explains. "Roosevelt pushed 15 major bills through Congress in a frenzy of activity between March and June 1933. Since January, Biden has passed, well, one. Don't get me wrong: The $1.9 trillion American Rescue Plan is the most ambitious and progressive legislation of my lifetime. Who would have imagined Biden would try to emulate Roosevelt or Lyndon B. Johnson in his first three months?"

During the 1960s, President Lyndon B. Johnson's Great Society expanded FDR's New Deal — and Medicare and Medicaid, Hasan notes, were among the Great Society's achievements. And Hasan emphasizes that while Biden isn't in a class with FDR or LBJ, his presidency nonetheless has enormous potential when it comes to everything from civil rights to the environment.

Hasan likes the fact that Biden wants to hear what Sanders has to say and is hoping that Democratic progressives will continue to make their feelings known.

"So, the 100-day message for progressive activists, organizers and movements in the Biden era?," Hasan writes. "Make. Him. Do. It."