'Impeach and remove Maxine Waters': New York Post condemns Democrat as violent. What about the police? 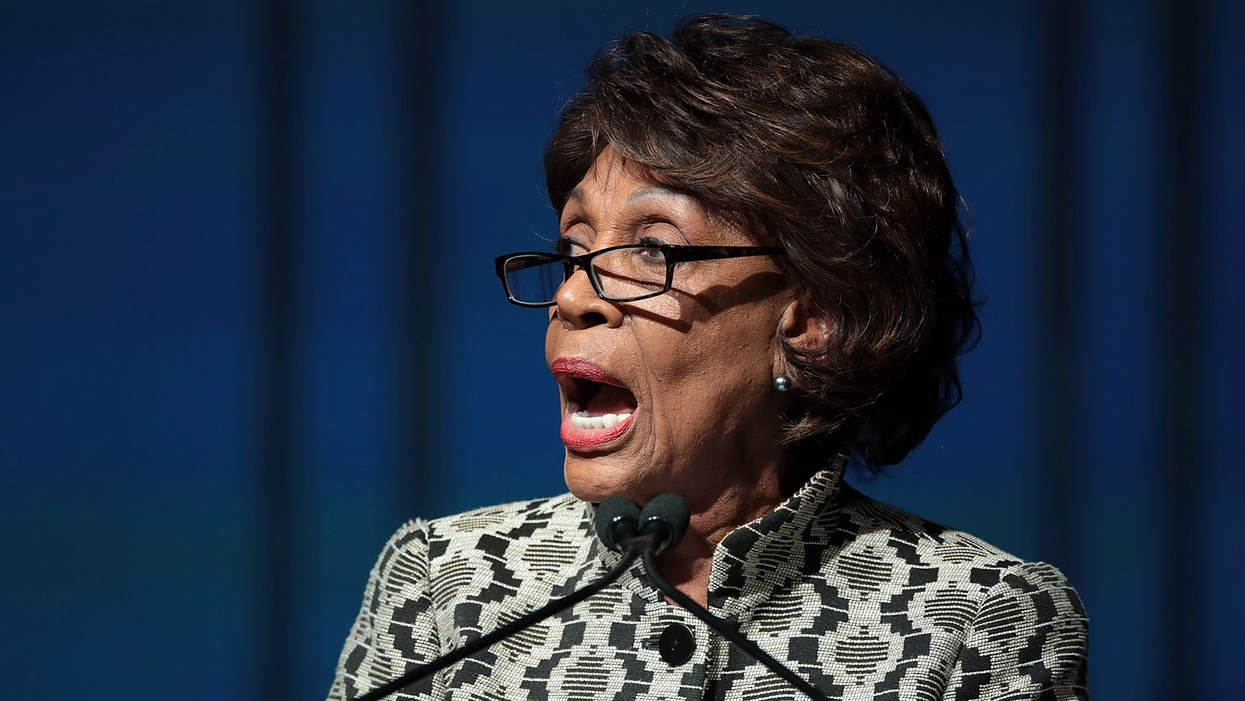 Far-right commentators tried to rebrand calls to action as quests for violence on Sunday following statements from both CNN host Chris Cuomo and Rep. Maxine Waters about the need for police reform. Days before closing arguments are set to begin on Monday in the murder trial of former Minneapolis police officer Derek Chauvin, Cuomo said Friday on his show "Cuomo Prime Time: "Shootings, gun laws, access to weapons. Oh, I know when they'll change. Your kids start getting killed, white people's kids start getting killed."

The anchor said only then will white parents start asking: "'What is going on with these police? Maybe we shouldn't even have police.'"

Cuomo made the statements on the fifth night of protests following the death of 20-year-old Daunte Wright, who former Brooklyn Center police officer Kim Potter shot and killed allegedly when she reached for a Taser but grabbed a gun instead. Wright was killed some 10 miles away from the courthouse where Chauvin's trial is being held. Waters, of California, joined protesters demanding justice and change on Saturday night in Minnesota. "We've got to stay in the street, and we've got to demand justice," she told the crowd. Demonstrators protested well into the early morning on Sunday despite a curfew in effect from 11 p.m. Saturday until 6 a.m. Sunday.

Maxine Waters was marching in Brooklyn Center last night and told people to take to the streets if Chauvin is acqu… https://t.co/WooYioXxP4
— LiA (@LiA)1618752956.0

"Democrats actively encouraging riots & violence. They want to tear us apart," Sen. Ted Cruz tweeted. Rep. Lauren Boebert added: "Why is Maxine Waters traveling to a different state trying to incite a riot? What good can come from this?" Political commentator Tim Pool asked in a tweet on Sunday: "More confrontational than burning down buildings?"

One social media user @MVP28_ responded: "Nah, more confrontational than storming the Capitol building and killing a police officer." Another who goes by Sean Fisher tweeted: "Question: do you think it's confrontational for police to murder unarmed citizens?" He didn't get an answer from Pool or the other Trump apologists making similar claims, more notably among them the New York Post's editorial board. The journalists interpreted Waters' interview as "trying to create a Civil War," and they described her words as "irresponsible rhetoric" in an article with the headline 'Impeach and remove Maxine Waters.'

"In supporting the second impeachment of President Trump, California Democrat Rep. Maxine Waters said he was 'inciting' his followers, and was 'trying to create a Civil War.' By her own standards, Maxine Waters should be impeached and removed," the Post's editorial staffers wrote. I find it curious to say the least that no such outrage is expressed regarding the actual details of George Floyd's death, but "rioting, looting, graffiti" is outright condemned by the Post. The entire editorial board actually seems to value the integrity of walls more than a Black man's life.

Chauvin kneeled on Floyd for more than nine minutes while the Black father called for his mother and repeatedly said he couldn't breathe. The cop is charged with second-degree murder, third-degree murder, and second-degree manslaughter, and he spoke live for the first time in court on Thursday to invoke his Fifth Amendment right against self-incrimination. "This is guilty for murder," Waters said. "I don't know whether it's in the first-degree, but as far as I'm concerned, it's first-degree murder." The congresswoman said she would like to see a police reform bill passed in Congress but "the right wing, the racists are opposed to it."

Black men and women have been shot down and killed by police for decades, and Republicans are condemning a legislator who called out the atrocities and an anchor who pointed out their hypocrisy. "See, now (if) Black people start getting all guns, forming militias, 'protect themselves. You can't trust deep state,'" Cuomo said, describing the exact behaviors of Trump supporters. "Whoo who, you'll see a wave of change in access and accountability. We saw it in the 60s. That's when it changes cuz that's when it's you."

WARNING: This video contains video clips that may be triggering to some readers.

"The violence was what we learned from you. So if you want us to do better, than damnit you do better."