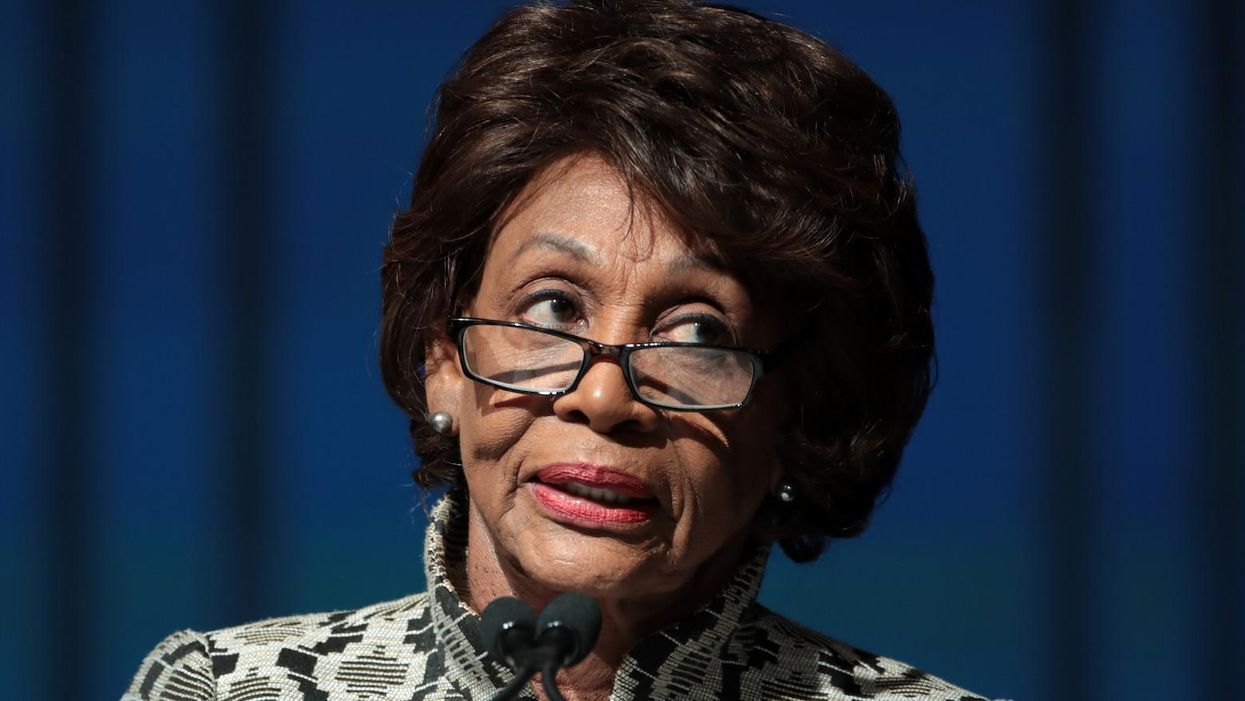 Republican leaders really want to maintain the ridiculous myth that they aren't the party of white supremacy, even as they send out fundraising emails full of winking praise for Tucker Carlson's embrace of what can only be described as a white nationalist conspiracy theory. Republican Rep. Marjorie Taylor Greene of Georgia and Rep. Paul Gosar of Arizona recently unveiled plans for a new Republican caucus called the "America First Caucus," using overtly white nationalist rhetoric like "uniquely Anglo-Saxon political traditions" and "the progeny of European architecture." The failure to wrap their racism up in slightly more subtle coding drew immediate tut-tutting from GOP leadership, with Minority Leader Kevin McCarthy, R.-Calif., tweeting that the GOP is not about "nativist dog whistles."

This is a neat trick McCarthy is pulling. He is redefining the bullhorn that Gosar and Taylor Greene were using as a "dog whistle," setting the subtlety bar so low for racism that anything but a Klan hood and a burning cross is considered "debatable." As Heather "Digby" Parton warned at Salon on Monday, this is "an old strategy by right-wingers that inexorably mainstreams their beliefs in a way that allows many of them to escape responsibility." Republicans let the loudmouths take the heat of public backlash, but exploit the space that the extremists opened up to move ever more in the far-right direction.

Proving Parton's theory almost immediately true, McCarthy then threw a massive fake tantrum over comments made by Rep. Maxine Waters. The California Democrat was in Brooklyn Center, Minnesota on Saturday to support protests against the killing of 20-year-old Daunte Wright by a police officer, and was asked by reporters what people should do if the jury failed to convict Derek Chauvin, a former police officer accused of murdering George Floyd only miles away.

To be excruciatingly clear, no one actually believes that by "confrontational," Waters was speaking about anything but peaceful confrontation. Unlike her Republican colleagues, whose only remaining languages are "bad faith" and "dog whistles," Waters is someone who says what she means and rarely means anything but what she plainly said.

But McCarthy, despite his false claims to believe that his is "the party of more opportunity for all Americans," rushed excitedly to flip out on Waters for genuinely supporting real equality. He falsely accused Waters of "inciting violence in Minneapolis" and demanded that Speaker of the House Nancy Pelosi punish Waters. His freakout came one day after Taylor Greene released a letter insisting that Congress expel Waters, demonstrating once again that McCarthy and Taylor Greene are really on the same page about most things.

It's not a huge mystery what's going on here, of course. Republican leaders know that their base is hungry for justifications for racism, especially when the news headlines are currently dominated by stories of senseless police violence. Bashing an 82-year-old Black woman and insinuating that she needs to sit down and shut up is plain old racist pandering.

It's also right-wing projection. After all, it was just a few short months ago that Donald Trump quite literally incited what really should be understood as white nationalist insurrection, sending thousands of redhats to storm the U.S. Capitol after spending over two months unsubtly arguing that Black voters in cities like Philadelphia and Detroit were illegitimate. But most Republican voters support the insurrection and Trump's reasons for inciting it, so their leaders are eager to find some kind of excuse for minimizing what happened there. And pretending that "both sides" are equally violent is the preferred method, even though a big difference between Waters and Trump is that the former never has and never would incite a violent mob to overthrow a legitimate election.

Chauvin's lawyer, Eric Nelson, also disingenuously pounced on Waters' comments, falsely accusing the congresswoman of "intimidation" of the jury and demanding a mistrial. This fits in with his larger defense strategy, which is focused not on trying to prove his client's innocence but instead throwing out a bunch of random race-baiting rationalizations and hoping at least one of the white jurors is shameless enough to grab at it. Whining about Waters is about distracting a potentially Fox News-addled juror and convincing them to focus on their white grievance and not on the evidence against Chauvin. It's a version of what all right-wing media is doing right now. Figures on the right from Tucker Carlson to Ted Cruz are busy pretending that Black anger, not police violence, is the real problem.

The good news is Pelosi is not foolish enough to indulge McCarthy's racist temper tantrum, instead calmly telling reporters, "I don't think she should apologize" and that Waters — as literally everyone knows, even if Republicans pretend otherwise — "talked about 'confrontation' in the manner of the civil rights movement."

Waters was also unperturbed, telling the Grio, "I am not worried that they're going to continue to distort what I say." When it comes to Republicans, Waters added, "this is who they are and this is how they act."

Waters is, of course, right. Republicans, like Chauvin's defense attorney, don't have legitimate arguments and they certainly don't have the facts on their side. All they have left is whining, feigning outrage, and trolling — anything to avoid engaging in rational debate over the issues because that is always a losing space for conservatives. The only way to deal with these bad faith gambits is to minimize engagement (remember the maxim about wrestling with pigs) and instead focus energies on calling out what they are doing and why.

What they are doing: Racist pandering. Why: Because they know full well that they can't win the debate on the merits.

Racist conservatives desperately want to talk about anything but the real issue, which is the continuing problem of police violence and the role that racism plays in fueling it. And if they can paint a Black woman demanding justice as a villain, so much the better for their base that endlessly wants to hear fairy tales about why their ugliest bigotries are justified.