Matt Gaetz wingman penned a letter claiming they both had sex with a minor — but thought she was 19: report 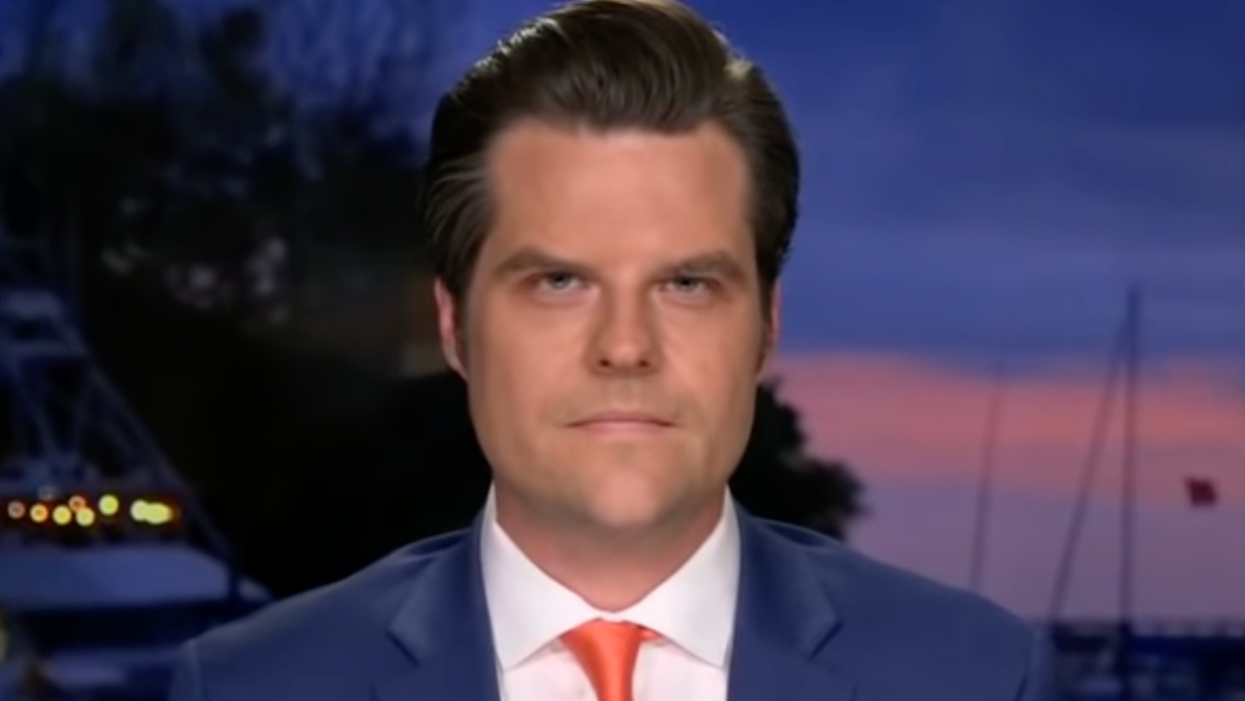 "A confession letter written by Joel Greenberg in the final months of the Trump presidency claims that he and close associate Rep. Matt Gaetz paid for sex with multiple women—as well as a girl who was 17 at the time," The Daily Beast reported Thursday evening.

The Beast obtained a copy of the confession letter.

"On more than one occasion, this individual was involved in sexual activities with several of the other girls, the congressman from Florida's 1st Congressional District and myself," Greenberg wrote in reference to the 17-year-old. "From time to time, gas money or gifts, rent or partial tuition payments were made to several of these girls, including the individual who was not yet 18. I did see the acts occur firsthand and Venmo transactions, Cash App or other payments were made to these girls on behalf of the Congressman."

The letter was reportedly written as Greenberg was seeking help from Roger Stone in obtaining a pardon from Donald Trump.

"In late 2020, Greenberg was out of jail and in communication with Stone. A series of private messages between the two—also recently obtained by The Daily Beast—shows a number of exchanges between Greenberg and Stone conducted over the encrypted messaging app Signal, with communications set to disappear. However, Greenberg appears to have taken screenshots of a number of their conversations," The Beast reported.

Greenberg was reportedly prepared to pay Stone $250,000 in Bitcoin.

"As part of the effort to obtain a pardon, Greenberg wrote multiple drafts of his confession letter. The Daily Beast obtained two typed versions and an earlier handwritten one. Certified forensic document examiner and handwriting expert Wendy Carlson compared the letter to writing samples obtained through two public records requests. She said it was her professional expert opinion that the person who authored a 2019 financial disclosure for Joel Greenberg, as well as Greenberg's 2020 board of elections form, was the same as the author of the letter," The Beast reported. "In those letters, Greenberg detailed his relationship with Gaetz. He confessed to paying young women for sex. And he claimed that he, Gaetz, and others had sex with a minor they believed to be 19 at the time. Greenberg said he learned she was underage on Sept. 4, 2017 from 'an anonymous tip' and quickly contacted Gaetz."

We also obtained Signal messages between Joel Greenberg and Roger Stone where they discuss pardons and payment and… https://t.co/VGu84NdQLs
— Matt Fuller (@Matt Fuller)1619742767.0