Greenberg's deal is 'devastating' for Matt Gaetz and could 'destroy' all his defenses: Florida prosecutor 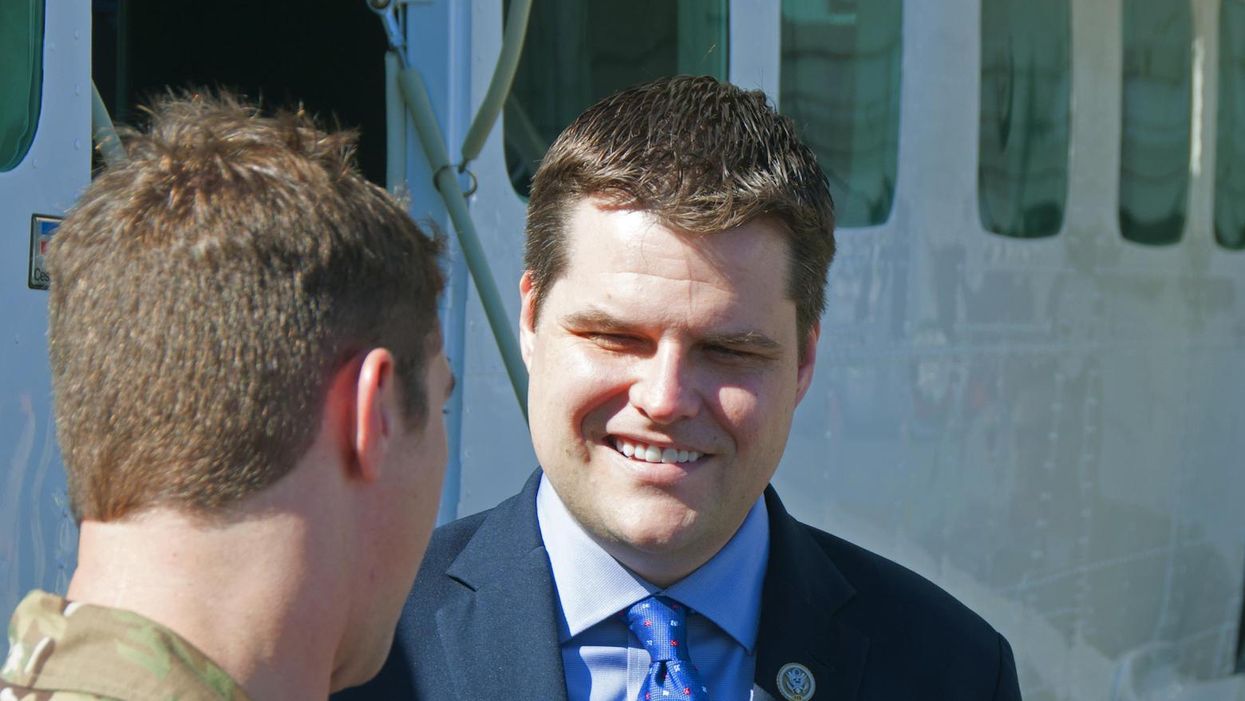 Rep. Matt Gaetz visits with Airmen during a tour of Duke Field, Fla., Oct. 17, 2017. The congressman received updates about the Reserve and active-duty wings' diverse special operations Airmen, their mission sets and facilities.

On Thursday, following the news that former Florida tax official Joel Greenberg had cut a plea deal in the case that led to the sex trafficking investigation of Rep. Matt Gaetz (R-FL), Florida attorney Dave Aronberg broke down why Gaetz could now be in serious trouble.

"This is devastating news for Matt Gaetz," said Aronberg. "Matt Gaetz's defense is number one, he has never paid for sex, number two, he has never had sex with an underage girl. Greenberg's testimony could totally destroy those defenses, especially if he has incriminating messages from Gaetz."

"Correct. He would get a reduced sentence," said Aronberg. "And he would benefit from the fact that not only would he be the first one in the door, but also he is a local tax collector. He's not quite the big target as a member of Congress is. So, yeah, Matt Gaetz needs to switch to decaf. At any moment, a federal official could be knocking at his door with a pair of handcuffs. You know Matt has been losing a lot of sleep since Joel Greenberg was arrested last year. As the investigation has unraveled, you see more and more information. Greenberg is a walking crime machine. He's like the perfect person to flip, because he's facing up to life in prison. This is his only way out of it. And I think it is inevitable that he is going to flip against Matt."