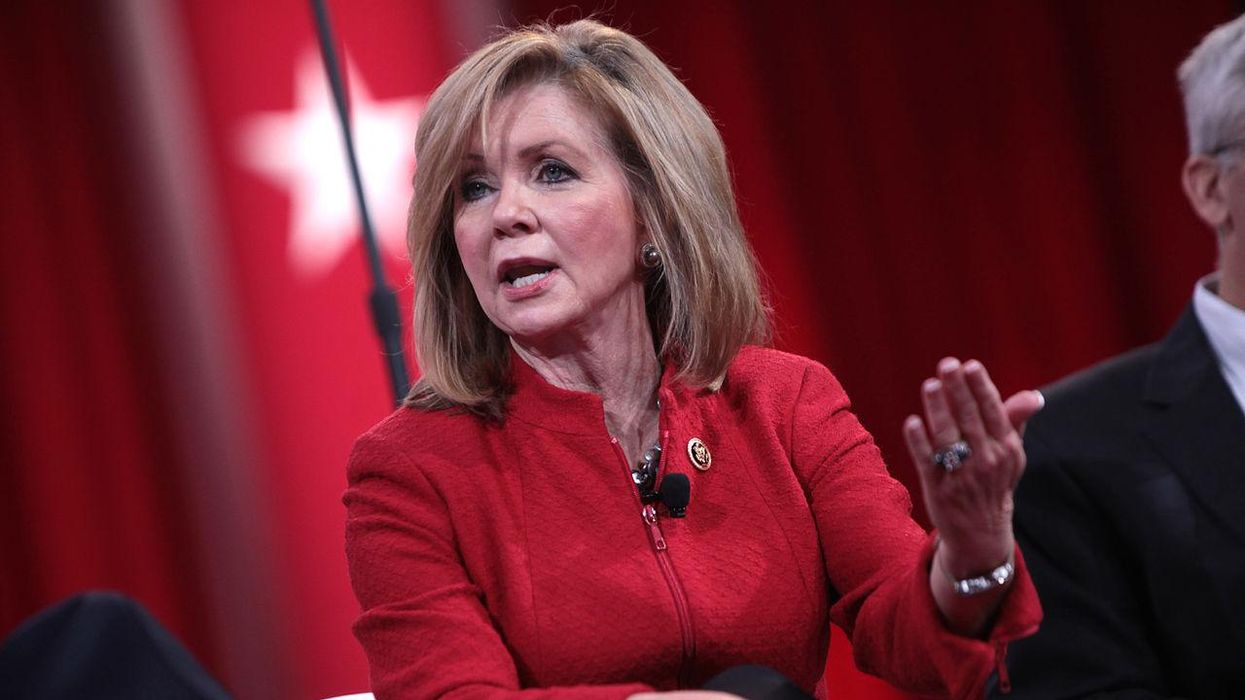 During his Wednesday night speech before members of Congress, President Joe Biden outlined some proposals of his American Families Plan. Republican Sen. Marsha Blackburn of Tennessee, appearing on Fox Business earlier in the day, wrongly claimed that part of Biden's proposal included making community college and pre-K mandatory. But her office walked back that claim after being fact-checked by CNN's Daniel Dale.

Blackburn told Fox Business host Stuart Varney, "Three-year-old pre-K — they're going to mandate this. Two years of college whether you like it or not. These are the things that take away choices from the American people. They give them a great big fat tax bill that they're going to pay."

Varney didn't challenge Blackburn's community college and pre-K claims, but he did say that "in an evenly divided Senate," Biden "is not going to get all of the proposals."

"In a 50-50 split Senate," Varney told Blackburn, "you can't do that" — to which an overwrought, fearmongering Blackburn responded, "Well, God help us all. I hope that we're able to block every single bit of this. 2022 cannot get here fast enough so that we see Republicans regain control of the House and the Senate. These guys are trying to do a fast drive to socialism."

CNN's Daniel Dale, famous for all the fastidious and comprehensive fact-checking he gave former President Donald Trump during his four years in the White House, corrected Blackburn and debunked her claim that Biden wanted to make community college and pre-K mandatory.

Spencer Hurwitz, a Blackburn spokesman, responded to Dale's fact-check by claiming that Blackburn "misspoke" during her conversation with Varney. He offered the bizarre excuse that she was on "live TV."

Here are some responses to the debunking:

@ddale8 Of course. Go on TV and lie to millions and then send an email that no one will ever see claiming to have misspoken. #noconsequences
— Michael Gleich (@Michael Gleich)1619719441.0