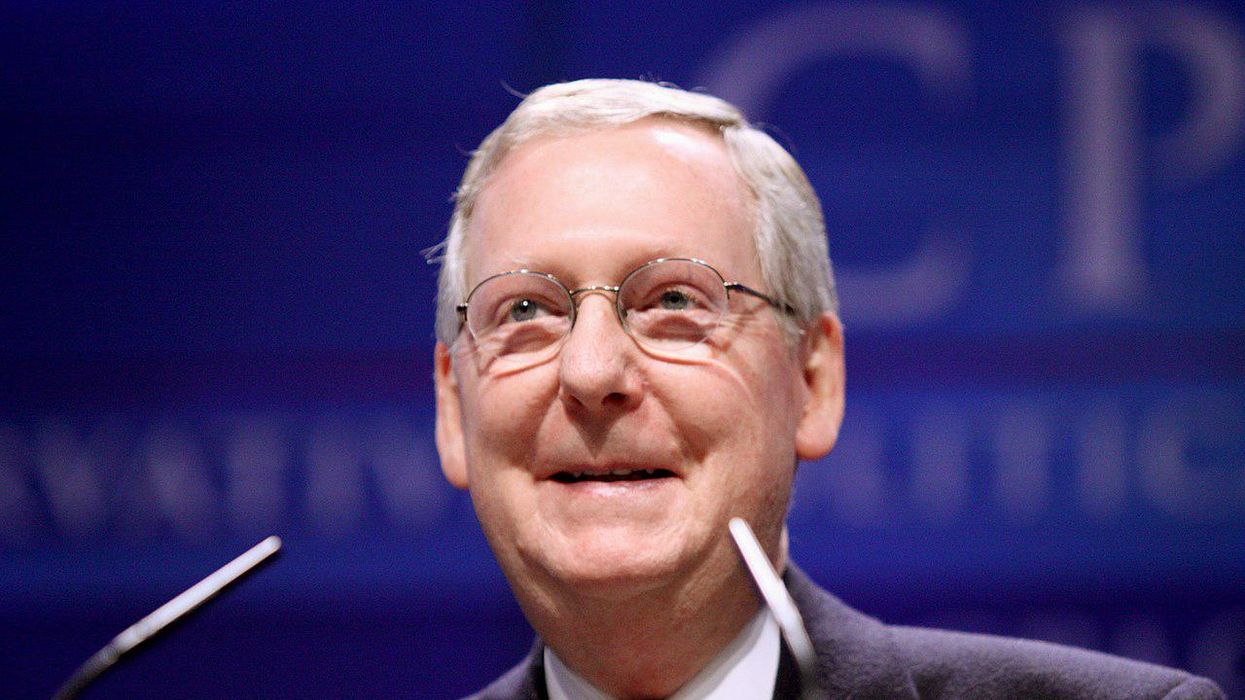 With Democrats now in control of the White House and both branches of Congress, Senate Minority Leader Mitch McConnell is the most powerful Republican in Washington, D.C. Former President Donald Trump, meanwhile, continues to act like he won the 2020 presidential election — and The Lincoln Project, a conservative anti-Trump group, reminds Trump of McConnell's influence in a scathing new attack ad.

The Lincoln Project ran many anti-Trump attack ads in 2020. Even though it is a right-wing group, those who were active in The Lincoln Project last year — including conservative strategists Rick Wilson and Steve Schmidt and Republican attorney George Conway — were delighted to see now-President Joe Biden defeat Trump by more than 7 million votes. And in its latest attack ad, The Lincoln Project uses McConnell to rub Trump's nose in his loss.

In the ad, a female announcer declares, "Donald, Mitch McConnell is a tough, smart son of a bitch. He knows it too. McConnell's right-hand man, Josh Holmes, plans to cancel you. He acts like you're a nobody and laughs about how Mitch ignores you. And he's going to build a new party with Trump voters — but without you."

The ad continues, "Josh's business received nearly $13 million from a super-PAC that supported your reelection, raising money off your name. Now, everyone's saying you're old, impotent, an embarrassment. And they'll come to Mar-a-Lago and praise you, tricking you with cheap gifts like a dollar-store super bowl. But in Washington, Mitch runs the party…. It's Trump or McConnell. Your audience, your movement is watching."

In late 2020, Trump was furious when McConnell acknowledged Biden as president-elect, and McConnell lambasted Trump after a violent mob of his supporters stormed the U.S. Capitol Building on January 6. McConnell, however, subsequently backed down from criticism of Trump, and he voted "not guilty" when Trump faced a charge of "incitement to insurrection" during his second impeachment trial.

The Lincoln Project has had some controversies of its own in recent months. John Weaver, a Lincoln Project co-founder who left after suffering a heart attack, faced sexual harassment allegations — and another co-founder, Jennifer Horn, resigned in response to those allegations.

The group's latest anti-Trump attack ad is debuting in Palm Beach County, Florida, where Trump — following his departure from the White House on January 20 — lives on his Mar-a-Lago resort.

Watch the ad below: