Josh Hawley's latest attempt to rebrand himself is a sad 'joke': columnist 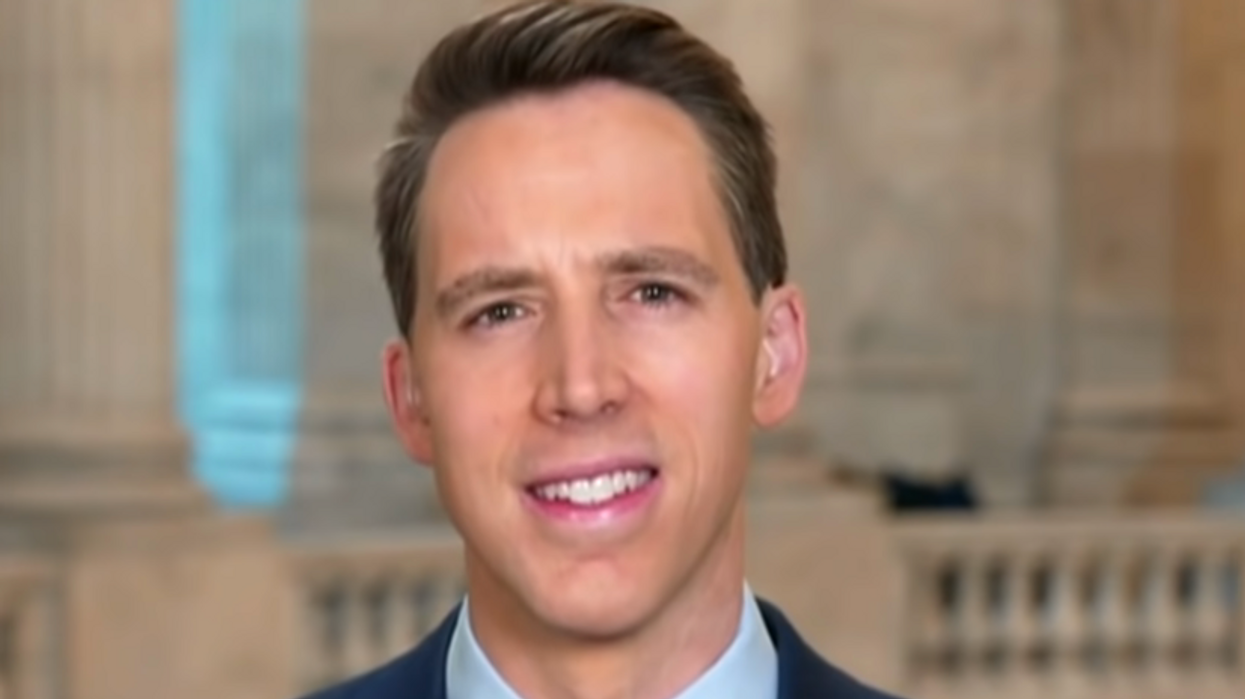 In his column for the Daily Beast, longtime political observer David Lurie took Sen. Josh Hawley (R-MO) to task for trying to reshape his image from staunch business-friendly conservative to a trust-busting man-of the-people by taking on Major League Baseball for pulling the 2021 All-Star Game out of Georgia.

Hawley, whose rising political star plummeted when he tried to overturn the results of the 2020 presidential election -- and was compounded when he expressed support for the Jan 6th Capitol rioters -- jumped into the Georgia fray by joining with equally controversial Sen Ted Cruz (R-TX) with plans to introduce legislation to strip Major League Baseball of its anti-trust exemption.

According to Lurie -- under the headline "Josh Hawley Attempting To Be Teddy Roosevelt is Stupid and Sad" -- Hawley is trying to remake himself as a modern-day Teddy Roosevelt and the only thing they have in common is their racism.

Explaining, "Roosevelt, a Republican, was the nation's first progressive president. He used the Sherman Antitrust Act to break up railroad and other monopolies as part of his Square Deal, which had three major prongs: conserving the nation's natural resources, protecting consumers and workers, and bringing plutocratic corporate interests to heel," Lurie noted Hawley's motives are cynical at best.

"Hawley's concern with the MLB has nothing to do with promoting market competition. Rather, Hawley wants to punish the big leagues because they are trying to promote civil rights," he accused. "According to Hawley, who has never been heard objecting to large corporations funneling money into his own campaign coffers, it is 'egregious' that MLB chose to move the All-Star Game to Colorado after Republicans in Georgia pushed through a law transparently intended to suppress Democratic and minority voter turnout."

Calling Hawley move -- likely to flop -- a "sham," the columnist flayed him and stated he and his proposed legislation are a "joke."

"Hawley's trust-busting rhetoric is a joke, and should be treated as such. It is directed at serving his ideological agenda, not making markets more competitive or fair to consumers, as Teddy Roosevelt sought to do.," he wrote before concluding, "Hawley purports to offer hope to those who have been left behind economically, but his rhetoric of standing on the side of workers and the downtrodden is directly at odds with the policies he advocates. Instead of offering opportunity or real hope to people facing hardship in a changing world, Hawley offers only resentment and prejudice toward other Americans."