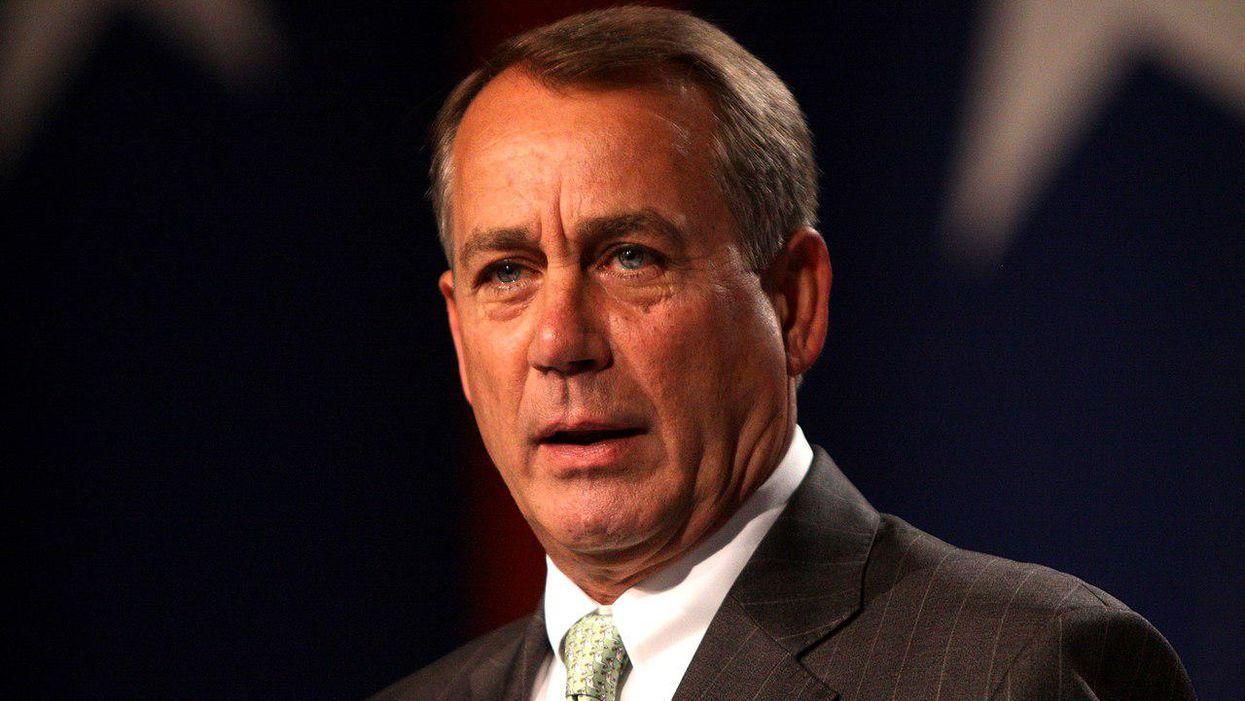 Boehner, who is out pushing his upcoming book "On The House," was asked about his relationship with various Republican lawmakers during his career and the topic soon turned to Meadows -- and his habit of stabbing Boehner in the back.

"John, you write about Mark Meadows, somebody that I've known, somebody who I have considered a friend in the past, and somebody whose alas, once he gets out of sight, seems unrecognizable," host Joe Scarborough began. "He darts all around. we've seen it time and again, especially during [Donald] Trump's illness and towards the end, his recklessness during the COVID crisis, mocking reporters for wearing masks. You had quite a relationship with him as well and you talk about a time where he got on his knees and started begging you for forgiveness -- tell us about that."

"Well, it was a couple of months after he was elected and sworn in," the former House leader began. "His first day in the Congress in January of 2013 he voted against me to be speaker. I went on to win and a couple of months later, my staff came to me and said, Mark Meadows wants to come in to see you -- sure, I had an open door policy and any member who wanted to see me, I would see them."

"So Meadows comes in and he looks a little nervous and he's sitting on this low couch across from this chair I used to sit in and before i could really say much, he slid off of the couch, onto his knees and put his hands in a prayer position and looked at me and said, 'Mr. Speaker, would you forgive me?" and I said 'for what?' I forgot all about the fact that he had voted against me."

"After the 2014 election, he voted against me again to be speaker and then two months later, wrote me this glowing letter. Listen, he's a nice man, but a bit schizophrenic," he smirked.