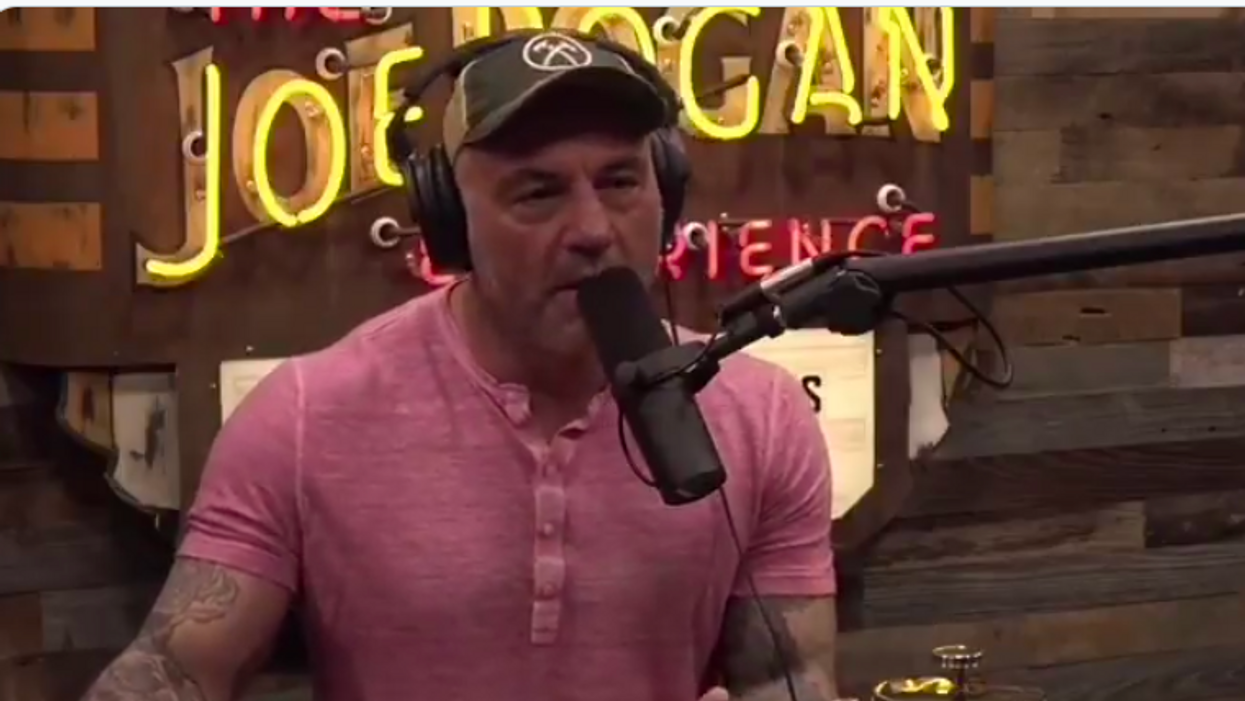 In a rare move several Biden White House officials are responding to podcaster Joe Rogan, a popular culture warrior on the right who appeals to a wide audience, in an effort to combat vaccine hesitancy as COVID inoculations drop thanks to conservatives spreading false information and misinformed opinions – which Rogan shared last Friday.

Dr. Anthony Fauci, the director of the U.S. National Institute of Allergy and Infectious Diseases (NIAID) who also serves as President Joe Biden's chief medical advisor blasted Rogan for telling listeners younger Americans should not get the coronavirus vaccine – an opinion not based in science.

"That's incorrect," the usually diplomatic immunologist told "TODAY" show co-host Savannah Guthrie Wednesday, "and the reason why is you're talking about yourself in a vacuum then."

"You're worried about yourself getting infected and the likelihood that you're not gonna get any symptoms," he added. "But you can get infected and will get infected if you put yourself at risk. And even if you don't have any symptoms, you're propagating the outbreak because it is likely that you — even if you have no symptoms — that you may inadvertently and innocently then infect someone else who might infect someone who really could have a problem with a severe outcome."

Rogan on his Spotify podcast (the company paid him $100 million to license his show), said, "you should get vaccinated if you're vulnerable," but added "it's crazy" that it's "controversial" to say "I'm not going to inject my child with the vaccine."

"We are not talking about even the flu, that we just found out killed 20,000 people last year, we're not talking about that right, we're talking about something that is not statistically dangerous for children," Rogan told his millions of listeners, spreading more misinformation that will likely help even more Americans decide to not get vaccinated.

"COVID-19 has killed thousands of young Americans," a January Business Insider article revealed. Countless articles over the past six months, especially in local news outlets, detail deaths of younger Americans, and especially those who are people of color.

"Are you healthy?" Rogan said he would ask a 21-year old. "Are you a healthy person? Like, look, don't do anything stupid, but you should take care of yourself. You should – if you're a healthy person, and you're exercising all the time, and you're young, and you're eating well, like, I don't think you need to worry about this," meaning the coronavirus.

Spotify’s Joe Rogan encouraged "healthy" 21-year-olds not to get a coronavirus vaccine; experts estimate that in or… https://t.co/3dr1v6lyyu
— Media Matters (@Media Matters)1619540031.0

While the death rate for younger Americans is less than that of middle aged and older Americans, children and young adults do contract the disease, and do die from it. They also are more likely to spread the virus to others, given their often asymptomatic status. And death is not the only concern, as millions with "long COVID" can attest.

Fauci is not the only Biden official to criticize Rogan.

"I guess my first question would be, did Joe Rogan become a medical doctor while we weren't looking? I'm not sure that taking scientific and medical advice from Joe Rogan is perhaps the most productive way for people to get their information," White House communications director Kate Bedingfield told CNN on Wednesday (relevant segment begins at 4:16 mark):