Mitch McConnell praises Joe Manchin for opposition to ending the filibuster: 'I really greatly admire' him 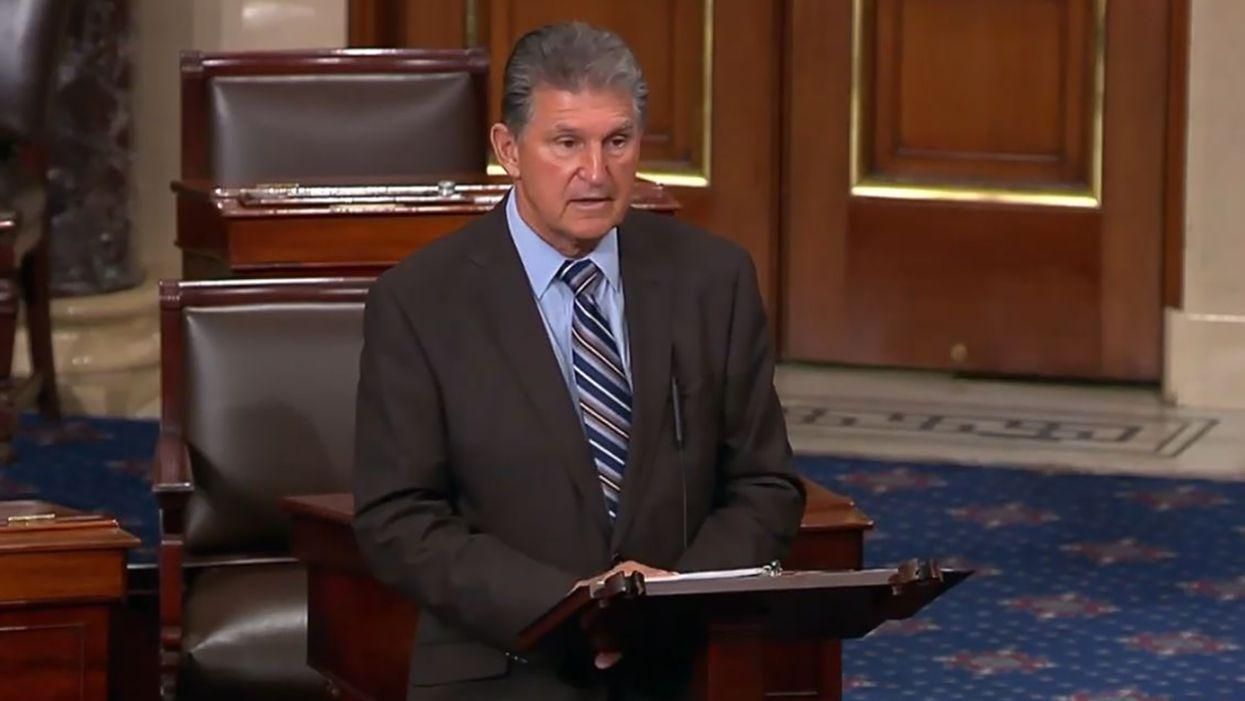 Although Democrats took control of the U.S. Senate when Sen. Raphael Warnock and Sen. Jon Ossoff won runoffs in Georgia in early January, their Senate majority is a narrow one — and many Democrats are calling for an end to the filibuster, which requires 60 votes for most legislation. But Sen. Joe Manchin of West Virginia has made it clear that he is adamantly opposed to ending the filibuster — a stand that Senate Minority Leader Mitch McConnell is praising.

McConnell told WCHS-TV, an ABC affiliate in Charleston, West Virginia, "I really greatly admire Sen. Manchin. Sen. Manchin almost single-handedly is preserving the Senate as we have always known it, which is a body that requires a supermajority to do most things."

Manchin, like Sen. Kyrsten Sinema of Arizona, is the type of centrist Democrat who — although not far enough to the right to fit in with the Trumpified GOP — would probably fit in with one of Europe's conservative parties.

Manchin recently voiced his opposition to ending the filibuster in an op-ed published by the Washington Post on April 7. The West Virginia senator, who was reelected in 2018, wrote, "The filibuster is a critical tool to protecting that input and our democratic form of government. That is why I have said it before and will say it again to remove any shred of doubt: There is no circumstance in which I will vote to eliminate or weaken the filibuster."

Sinema, similarly, expressed her support for keeping the filibuster in a statement in March, saying, "Retaining the legislative filibuster is not meant to impede the things we want to get done. Rather, it's meant to protect what the Senate was designed to be: a place where senators come together, find compromise and get things done for our country."

Manchin and Sinema's opposition to ending the filibuster is a perfect example of why they sometimes frustrate the progressive wing of the Democratic Party. Nonetheless, they have voted with fellow Democrats on some key votes. Manchin and Sinema voted "guilty" in both of former President Donald Trump's two impeachment trials, and they voted against the confirmation of Justice Amy Coney Barrett to the U.S. Supreme Court.