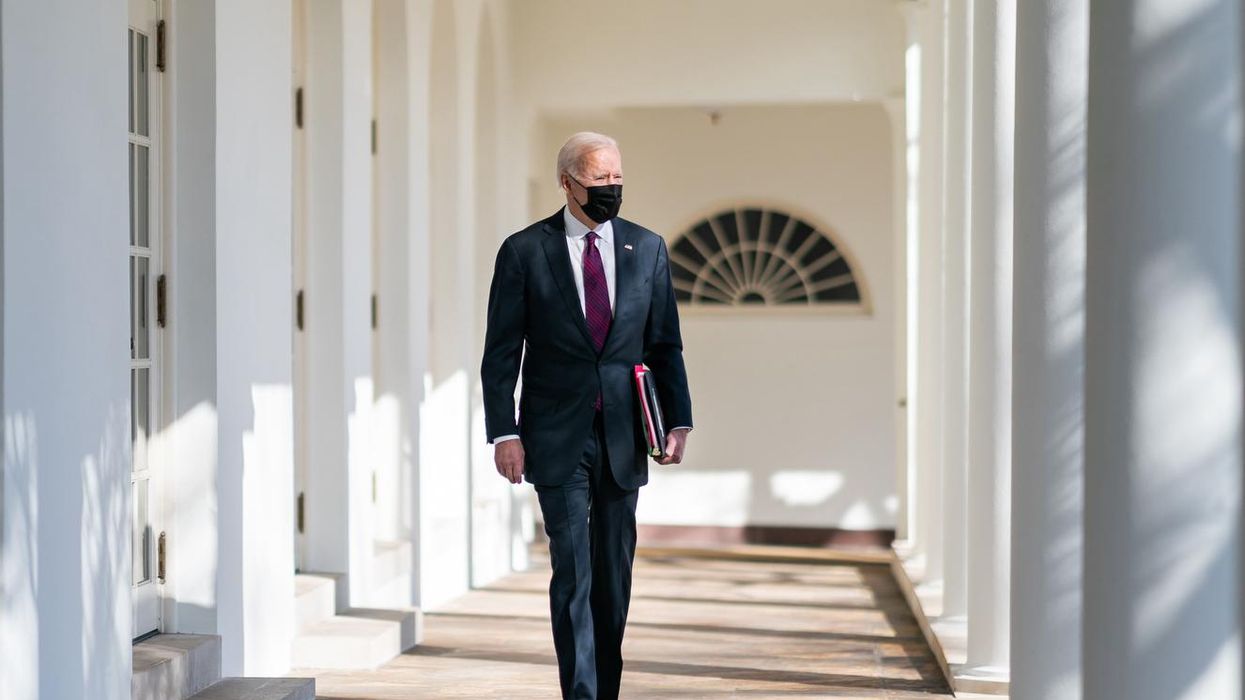 The president announced Wednesday details of his nearly two-and-half-trillion-dollar plan to rebuild the country during a speech in Pittsburgh. It calls for installing 500,000 charging stations for electric vehicles; rebuilding 20,000 miles of road; replacing 10 gigantic bridges; replacing 100 percent of lead pipes; and investing $80 billion in Amtrak. Joe Biden said the plan would create 18 million jobs. He said no one making less than $400,000 a year would "see their federal taxes go up." It pours tens of billions more into broadband, green energy, research and development, and elder health care.1

Reporters are also focusing on what can only be called their fetish for "Democrats in disarray." There seems to be an expectation that the party will fracture the way the Republicans fractured under Barack Obama's leadership. But the likelihood of the Democrats splitting, while at the same time the Republicans standing in unison against all things Biden, is virtually zero.3 The Democrats seem to understand very well that all politics is national right now. The more they stand by the president, especially a popular one, the more likely they are to survive the coming midterms.4 Bottom line: this plan is going to happen. The Democrats will work out the details.5 It's not a matter of if or whether. It's a matter of when. They're hoping by July's end.

It may seem like Ted Cruz was on to something when he said Biden is boring but radical. After all, Biden came to Washington as one of the "New Democrats." He stood alongside but at some distance from the New Deal/Great Society Democrats who dominated the party when he became the youngest senator ever in 1973. In 1978, while running for reelection, he called himself the most fiscally frugal senator. Yet he's now on track to spend more than $5 trillion in his first term, surely a record. Last week, after the president said, "I want to change the paradigm," Rick Perlstein, a historian of the political right, told the Times: "The story is him turning his back on the ideological direction that he helped lead the Democratic Party into." Oh God, is Ted Cruz right?

Hardly. The president is, more than anything else, a pragmatist. He's someone whose commitment to political ideology is limited by, or even defined by, its utility. This has not always been a good thing. During the great white backlash against Black political power in the 1970s, it was practical to oppose the racial integration of public schools. And so Biden did. But being a pragmatist is now a good thing. The old conservative assumptions, the ones he embraced as a frugal Senate Democrat, are no longer working. Maintaining them makes things worse. That he's cooperating with actual democratic socialists like Bernie Sanders and Alexandria Ocasio-Cortez doesn't mean he's a radical under the guise of being a bore. It just means they're offering options.

That there are now options to what used to be bipartisan consensus is the story behind the story of the president's jobs and infrastructure plan. The financial panic of 2008 radicalized perhaps half the population, I'd guess, people who never recovered but who were expected to support the old order nonetheless. This tension was untenable. It pushed many to the outer edges of each party—on the one hand, fascism (Donald Trump), on the other, "socialism." These fringes influenced the parties but did not overtake the center6 so much as make it seem reasonable by comparison. It took, as it always takes in this country, a profound crisis for the center to collapse. That crisis, of course, is more than half a million killed by covid and the economic calamity that has followed. Even if Biden were a radical, he will probably never be seen that way.

You'll notice I put socialism in quotes above. What Sanders, AOC and others represent isn't socialism. It only looked like it while the center held. Now that the old center doesn't hold, and while a new center is taking shape, what Sanders, AOC and others, and now the president, are doing is invoking an earlier time in American history when economics was not a branch of science but a form of statecraft, when the government was not in opposition to enterprise but in partnership with it and when the Congress and corporations worked together in the national interest. As most people are unlikely to see Joe Biden as a radical, they are just as unlikely to see his system as socialistic. Instead, they'll see, as people did in Henry Clay's day, a system that's just American.7